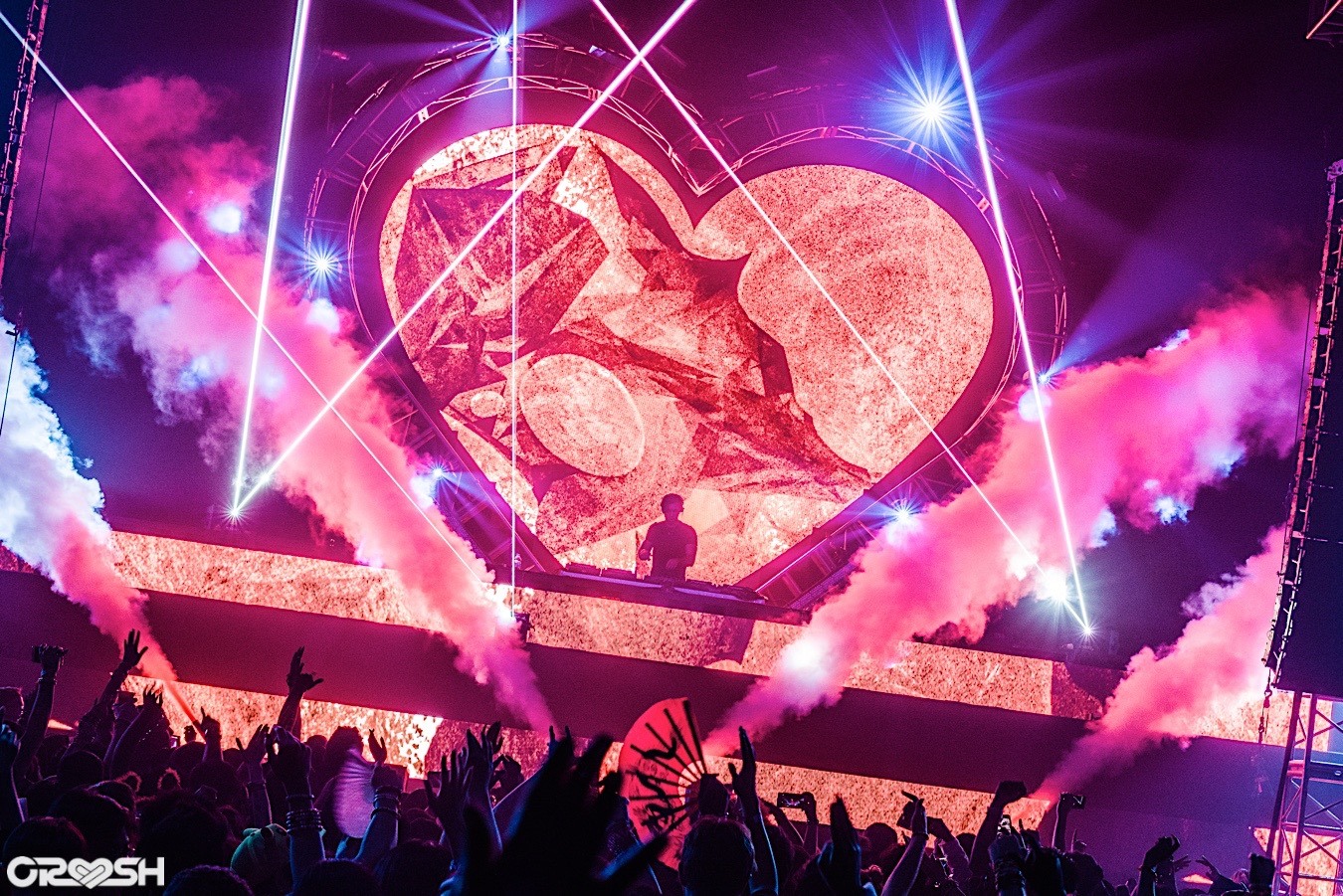 Are you ready to feel the love with your special someone while dancing the night away to some sensational tunes? If so, you’re in luck because Insomniac Events just announced the return of their Crush event series in San Francisco, SoCal, and Arizona this coming February.

While the latest iteration of this Valentine’s Day-themed affair took place in SF this past August, the upcoming edition in the Bay Area will see it return to the Bill Graham Civic Auditorium on February 11-12. Crush SoCal will make its way to the NOS Events Center on February 12, and Rawhide Event Center will play host to Crush Arizona on that date as well as Insomniac teams up with Relentless Beats for another rocking edition.

Related: Want to feel the love before Valentine’s Day arrives? Check out our playlist!

Gracing the lineup at Crush SF 2022 is an array of artists in genres ranging from bass to house. This includes heavy-hitters like Boombox Cartel, dynamic house duo SIDEPIECE, and the ever-vibrant Jai Wolf, but that’s just a sampling of what’s in store. Others like Phantoms and Wax Motif will surely get everyone in a proper groove, while Insomniac showed some love to the next generation of stars in the scene with Moore Kismet, EVAN GIIA, Nostalgix, and Friendzone on the lineup as well. Rounding out the bill are Xie, nøll, and FREAK ON, all of whom are set to throw down some heat to get the vibes at an all-time high in SF over the weekend.

Crush SoCal will feature the larger-than-life sounds of Audien and KSHMR, along with those from fresh faces that include the likes of BOMBAYS, Rossy, HIGHLND, and Zookëper. You won’t want to miss the So Tuff So Cute performance as well during the V-day festivities.

And Crush Arizona is bringing the heat as well with a laundry list of amazing artists such as Deorro, Herobust, and Valentino Khan, along with Cafe Caderas, Lucii, and Taiki Nulight joining in on the fun. More artists are still to be announced for the upcoming edition – so stay tuned!

Tickets for Crush SF go on sale Wednesday, December 22 at 10am PT, while Crush SoCal’s passes go on sale at 12pm PT. Those making their way to Crush Arizona should set their alarms early as those go on sale at 9am PT that same day. For tickets and more details head over to Insomniac’s website.