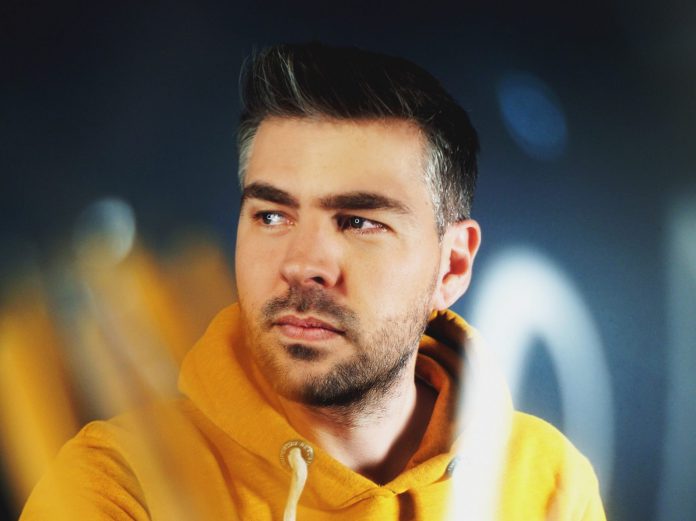 South African dancefloor don Kyle Watson swung by to chat about his new single “Conversations” and the first US shows he’s played in years.

Kyle Watson is a shining example of what can happen when artists keep their heads down, work hard, and let the grooves speak for themselves. For the better part of the last decade, the gifted producer has been relentless in his quest for dancefloor dominance. Mega-hits like “I Got You” and “Moments” have flexed on some of the world’s most respected sound systems, further making it clear that he’s carved out a place for himself among house music’s brightest stars.

During his time away from touring and live events, Kyle Watson put heaps of work into keeping his music and his brand alive online for his fans around the globe. Thanks to apps like Patreon, his music, production tutorials, and other exclusive video content were never far for hungry fans. Much like the rest of the world, South Africa was no stranger to the often exhaustive flip-flopping of COVID regulations. However, Kyle Watson still made the most of it and successfully squeezed in a handful of local gigs before again hitting the road.

As we continue our collective return to the spaces and events we love most, Kyle Watson has been hard at work making sure his comeback is nothing short of amazing and the hits keep coming. Earlier this year, he unveiled The Core EP and “Dominoes” with Sam Phay, massive club-bangers that command attention and are guaranteed to get your feet moving. And more recently he’s delivered “Conversations” on Solotoko for the masses to groove out to.

Looking for a deeper dive into his latest single, we caught up with Kyle Watson to chat about the track and so much more. Download or stream “Conversations” on your preferred platform and read on for the full conversation with this brilliant house producer.

Hey Kyle, thank you so much for taking the time to chat with us today. First of all, welcome back to America. You are currently in the middle of your first tour back stateside since NYE 2019. Tell us a little about what it’s like to be back.

It’s amazing to be back! The shows I’ve played so far have all been incredible and just reminds me how much I missed the US! It’s weird to be playing a lot of the music I wrote during lockdown to proper crowds for the first time and watching them go down since I never got a chance to really road test them properly before their release.

What was life in lockdown like back in South Africa? What was the best outlet you discovered to channel your pent-up energy from being away from the stage?

Frustrating, just like it has been for everyone else. We kept see-sawing between different levels of lockdown, so I did manage to squeeze in some small local shows before the country closed down again. I actually ended up channeling a lot of energy into my Patreon page which is still running. I share my production knowledge through tutorial videos, behind-the-scenes production content, video sessions, etc.

Congrats on your new single “Conversations” – it’s an absolute house heater. Everyone talks about some of the conversations that happen backstage while at shows, are you someone that likes to chat it up or do you prefer to be in the zone before you take the stage?

Thank you! I generally keep it pretty low-key backstage, although I do like to have that distraction of talking to people before I go on otherwise I can start overthinking.

Another tune you dropped recently, “Dominoes,” featuring Sam Phay, is an absolute hit. We love how the darker club vibe to the low end allows Phay’s vocals to shine. Can you tell us a bit of how that track came to life?

I love how this one came out in the end. I wrote the backtrack originally and spent a while looking for the right vocalist for it. Sam had been introduced to me via email a few months before and I’d taken his details, and when I heard his topline I knew it was going to fit. The atmosphere of the record as a whole is meant to really reflect how my influences changed during lockdown and being away from shows, with a big emotional climax in the last third of the record.

Earlier this year, you dropped your two-track, club-centric EP The Core featuring “Mammoth” and “Where’s My Snare,” respectively. Did you have a particular vision in mind when releasing this project? Or anything specific you wanted your fans to take away?

Where’s My Snare was a track that always got asked about in my live streams in 2020 and I just couldn’t let it go to waste, since it had been sitting on my hard drive since the end of 2019. I wanted to give it a b-side that felt different, and that’s why I took a more sample-based approach to the production of Mammoth. Basically, I wanted the EP to showcase two different production approaches in the two records.

You recently landed a set at the massive Seismic Dance Event in Austin, TX. What was it like to play alongside such a legendary lineup? Did you happen to catch any other sets that stood out to you?

The production quality of the stage was amazing and the lineup was absolutely one of the best I’ve seen on a flyer, so really cool to be included amongst some really powerful names in the scene. Watched a bit of Yotto which is always a vibe, and Solardo always kills it.

As you have grown as a producer, you have built an instantly recognizable sound for yourself that ignites dancefloors worldwide, especially now that the tech-house sound has gone so mainstream. How do you strive to stand out amongst an ocean of monotony in dance music?

It’s important to be aware of what’s happening around you in order to remain unique. Things change so quickly in this industry so I really can’t afford to lose track of what has made my music unique over the years. Luckily I have been writing music for around 15 years now so it seems as though the elements and approaches that give my music its edge are almost ingrained in my production process and I don’t have to think about it too much. But it’s always good to be aware of it so that you don’t fall into the trap of copying the particular trend that’s working at the time.

Finally, looking into 2022, what does the future look like for Kyle Watson? Any big plans you can reveal at this time, or any new music we can look forward to hearing from you?

2022 is looking extremely exciting for me (COVID-dependent of course). I have some great anchor shows lined up for the US and South America which I can’t share too much about right now, as well as some big releases coming. I also just created an ‘Album’ folder of ideas the other day so who knows, anything is possible! 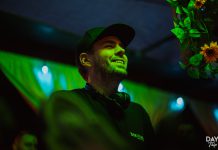 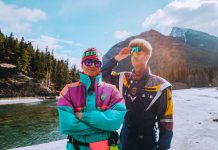 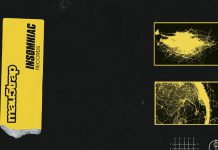