DJ Seinfeld is swinging by Los Angeles to take the stage at El Rey on December 10 for his Mirrors Live tour – don’t sleep on catching him!

Since first breaking onto the scene, DJ Seinfeld has continued to captivate his growing fanbase with sensational tracks that stir up emotions and make them want to dance. Releases like Time Spent Away From U and Mezcalita further won over the hearts of many as he poured his soul into the magical music he created, and earlier this year he released the latest chapter in his discography, Mirrors.

This personal album is brimming with nostalgia-inducing soundscapes and was created while DJ Seinfeld spent time at home during the pandemic while focusing on new sounds and influences along the way. Mirrors captured the attention of fans and tastemakers alike back when it dropped back in September. But that wasn’t all that this brilliant artist had in store as he announced a tour for the album that is set to touch down during select cities in North America this year before he jet-sets his way to Europe and Australia in 2022.

Related: Make sure to get a taste of what’s in store from DJ Seinfeld by checking out his album!

While DJ Seinfeld is set to kick off the tour in Brooklyn and then head to Chicago and Toronto, his two stops in California see him land in San Francisco at The Independent and Los Angeles at El Rey before heading to Denver for the final stop in North America. To give everyone the chance to check out the stop in LA on December 10, we’ve teamed up with Goldenvoice to give you the chance to win a pair of tickets to the show as well for you and a friend to attend!

Check out the contest below or grab your tickets for DJ Seinfeld’s Mirrors: Live show at El Rey – available now via AXS. 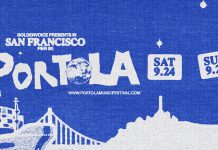 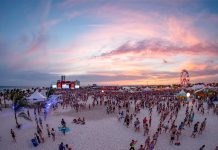