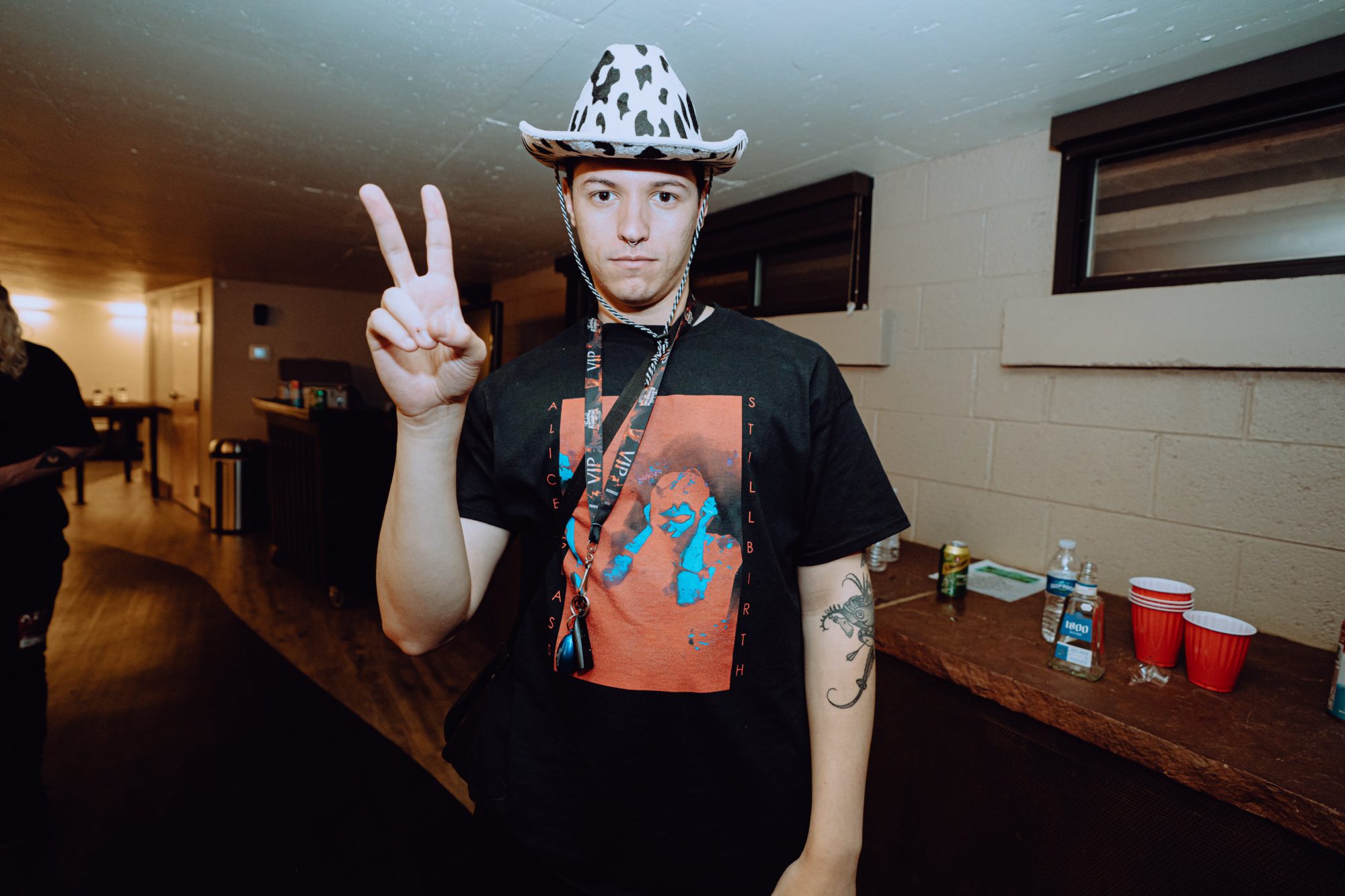 Bass music has seen an incredible influx of standout DJs and producers emerging from the underground scene as of late, creating a diversified community of creators pushing the boundaries of the genre. One of the artists we can’t get enough of is Guppi, whose technical expertise and sonic wizardry has left many utterly spellbound. Over the past five years, the Chicago-based innovator ditches conventional dubstep bangers for his avant-garde flair which has quickly gripped the attention of bass heavyweights along the way.

After landing on Cyclops Recordings earlier this year with his debut EP, Ocean Floor, Guppi now returns to the Subtronics’ imprint with four mind-warpers on his latest body of work, Oxygen Collapse. Bursting at the seams with crunchy synths, high frequencies, and a wicked amount of hypnotic distortion, this EP is some of Guppi’s finest work to date.

With a plethora of new tunes to rinse while he’s aboard the Fractal Tour with Subtronics this fall, this small fish is steadily making huge waves in the bass scene. So listen to Oxygen Collapse on Spotify or your preferred platform and read on for our track-by-track review!

Seamlessly merging weird wobbles with slaughterous sound, Guppi begins Oxygen Collapse with this juicy masterpiece. Imitating an alien computer malfunction, “Sightless” brings the hammer as mechanical glitches clash with crackling warbles. The disjointed sound is grounded by the lurking hum of subterranean 808s throughout the tune’s entirety, making this one a battle of the basses.

Next up is “Lights Out,” a pulverizing display of Guppi’s heavier side. A series of lighthearted robotic blips dissolve into an ominous buildup before vicious bass thwomps savagely rearrange brains with no mercy. What ensues is a delectable onslaught of blistering grime that is so irresistible, it will surely spawn the most riotous of mosh pits in any live setting.

Guppi continues to show off his eclectic production prowess with “Back Again.” The vocals hiccup as the buildup intensifies and the track nosedives into a battering swarm of basses. Rocking back and forth between elongated bass trills and digitized harmonies, this one beckons bodies to contort with its helter-skelter atmosphere. Oozing swagger with each passing second, “Back Again” stylishly exemplifies Guppi’s refusal to conform to genre limitations.

Last but definitely not least on Oxygen Collapse is the EP’s true standouts, “Collapse.” With no warning, this tune flips from a spirited stream of hollowed synths to a brutal bass beatdown within seconds. Clocking in at a little over three minutes, “Collapse” is the hopeful future of bass music epitomized – unexpected and brain-breaking, yet leaving you hungry for more.

In an incredibly oversaturated music market, it’s way too easy to get lost in the seemingly never-ending strings of weekly releases – yet Guppi sticks out as special.

Sometimes you come across an artist that revives the sort of passion and admiration you had for the music upon your introduction to it, and for me, Guppi is that saving grace. It’s thrilling to not only witness his rise into the upper echelon of bass music, but to also see how he transforms the genre along the way.