After sitting on hiatus due to the pandemic this year, Ultra Australia is set to return for another stunning edition in March 2022.

While Ultra Music Festival might be most well-known for its annual edition in Miami, the brand has grown to become a global behemoth over the years as well. Multiple editions of Ultra Worldwide have dotted every habitable continent on the planet and now with the news that the main festival will be returning in 2022, others are beginning to pick up momentum as well. Most recently, they announced that their beloved edition in Melbourne, Ultra Australia, is set to re-emerge in 2022!

Set to take place at the Sidney Myer Music Bowl & Kings Domain on March 5, 2022, in Melbourne, Ultra Australia is looking to get the country back to the dancefloor in style. This single-day event will feature three stages, including a massive main stage, the Resistance stage for house and techno lovers, and the UMF Radio stage which offers performances from local artists. Much akin to other festivals that are moving forward now and in the near future, Ultra Australia is committed to operating under COVID-safe guidelines in the country.

Related: Looking to get your fix of house and techno beats Down Under on New Year’s Eve? Check out the Resistance Australia event that’s taking place in Melbourne this year.

Details on the lineup are yet to be revealed, but past editions have featured major artists such as Afrojack, The Chainsmokers, DJ Snake, Eric Prydz, Zedd, and more, so stay tuned for further announcements.

Ultra Passport Members and Ticketek Members will be able to snag tickets for Ultra Australia on Thursday, October 28 at 2pm AEDT via their website. The general public can access tickets starting on Friday, October 29 at 2pm AEDT as well. 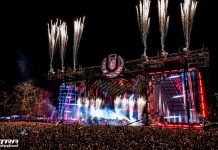 The Phase 2 Lineup for Ultra Music Festival 2022 Has Landed 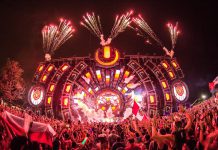 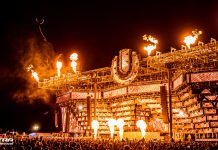