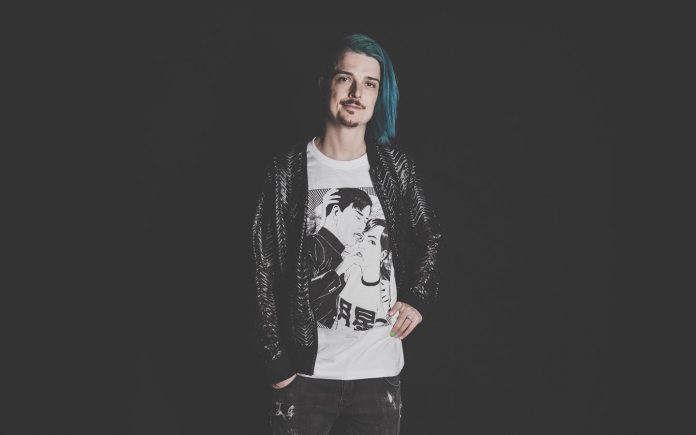 ill.Gates released his other-worldly LP, The Arrival, earlier this month and now the music video for “Totality” has crash-landed as well.

ill.Gates has been a successful staple in the scene for a long time. Whether he’s cranking out creations in the studio or helping the next generation of musicians advance their technical skills through his Producer Dojo courses, he doesn’t seem to stop. He’s been especially active recently, as he’s blessed stages across the US with his most recent rager of an LP, The Arrival. The album itself is daringly dynamic, offering everything from experimental bass to destructive DnB – and as of today, his fans get to experience the total journey with the music video for “Totality.”

“Totality” immediately lures the listener in through daunting, eerie instrumentals, followed by a destructive drop that quickly addicts the listener. The bold bounciness is juxtaposed with a deep, grounded bassline that balances out this transcendental track, and warped vocals catapult you to another dimension, leaving you distorted in the best way possible. Though every song on The Arrival is a testament to ill.Gates’ stylistic diversity, “Totality” truly captivates the listener with its stimulating soundscapes.

That captivation is furthered even more through the release of the music video. Renowned director Kelly Fin edited the video to mimic the style of director Ron Fricke, the visionary behind Koyaanisquatsi, to properly capture ill.Gates’ inspiration for this concept. The video promptly sends you on a journey through time and space, featuring galactic visuals and an overall transcendental tonality that will have you questioning your own existence.

Ethereal excerpts of space evolve into images of architecture and technology, juxtaposing the structural components of our world with that of the unknown. This palpable parallelism results in an existential thought process and an experience that unifies our realities with those of the powerful, majestic forces of space, and inspires the viewer to analyze further.

With The Arrival Tour in full swing, you can experience this fully immersive galactic get down in a city near you. This includes a special Halloween show in Nashville featuring a planetarium 360 Microdose VR show, and two b2b showings featuring Hydraulix and Conrank as support along with two unique sets by ill.Gates – THR.ill.GATES and a CH.ill.GATES.

Take a listen to the tune below, stream or purchase ‘Totality’ on your favorite platform, and don’t forget to grab your tickets for The Arrival Tour!