The BUKU Project has officially canceled their Planet B event that was set to take place this fall due to rising cases of COVID-19 in New Orleans.

While the scene seems to be making a resurgence in some regions of the United States, others have continued to see the problems from last year continue to affect their events and festivals. International festivals have been canceled in countries like The Netherlands and Belgium, while others here in North America have fallen to a similar fate. Today, BUKU: Planet B became the latest to announce that it would not be taking place in 2021.

Originally announced earlier this year as a replacement event in the fall for the full-on edition of BUKU Music + Art Project, Planet B was shaping up to be a weekend for attendees to set themselves free after a year of being cooped up inside. Unfortunately, Louisiana has been hit with a surge in COVID-19 cases, which has prompted other festivals to cancel and Planet B following suit.

“We’ve spent the last couple of weeks trying to hang on, but don’t see a guaranteed path forward under the current and projected public health conditions,” the statement that was posted by the BUKU team earlier today read. “Therefore, in keeping the health and safety of our community as our top priority, we are canceling BUKU: Planet B that was scheduled to take place this October.”

The BUKU team went on to explain that BUKU: Planet B was intended to be a place for their attendees to set themselves free and celebrate festivals returning to New Orleans – but instead of living in the now they’d prefer to preserve the future. They close the statement by giving thanks to the city of New Orleans and announcing that BUKU Music + Art Project will return on March 25-26, 2022.

According to their post on Instagram, those who had tickets for BUKU: Planet B will be receiving an email in regards to refunds next week. Head over to their website for more details on the cancellation, refunds, and more.

Read the statement from The BUKU Project on Instagram: 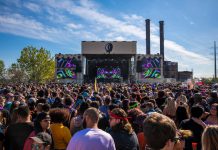 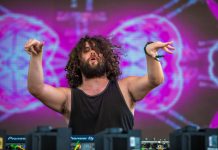