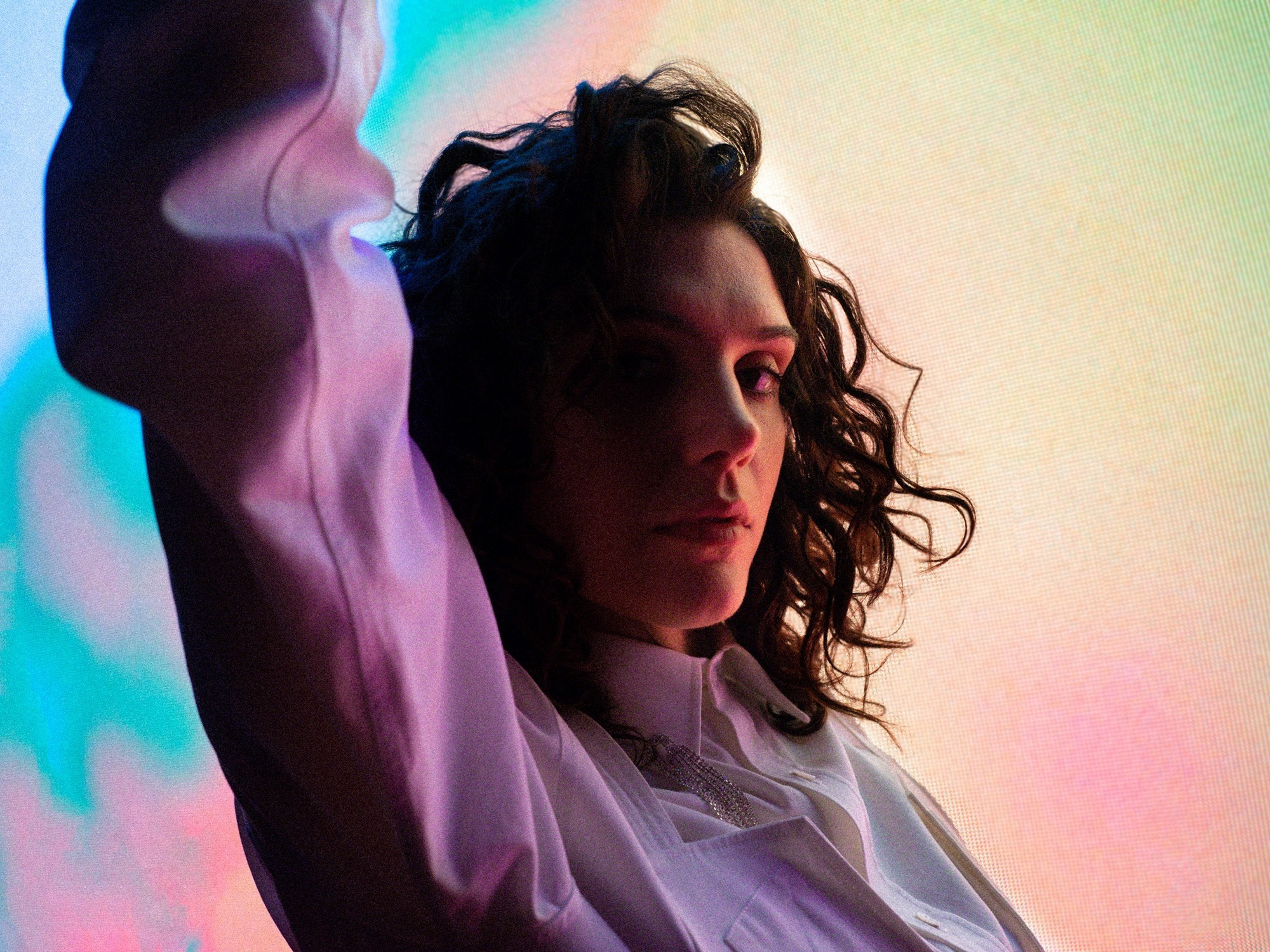 Fresh off the release of her debut EP, Endorphins, rising Brooklyn producer EVAN GIIA stopped by to chat about its creation and more!

Brooklyn-based artist EVAN GIIA has been captivating listeners since her earliest releases in 2017. The classically trained opera singer combines powerful vocals with infectious electronic beats, bouncy basslines, and vulnerable songwriting to create feel-good, emotional music. In 2018, she released her breakout single “WESTWORLD” on Foreign Family Collective, which set the course for her crossover sound to flourish – and it’s clear that there’s no slowing this light down with the release of her debut EP Endorphins.

Out now via Astralwerks, Endorphins takes listeners on a trip through EVAN GIIA’s mind as she touches on themes of love, movement, and the experience of being human. The lead single, “Mood Swings” is an uplifting ode to the emotional spectrum and takes a playful approach to the ever-changing frequency of the mind. “By My Side” explores the beauty of relationships and how ordinary things become extraordinary when shared with the people you love. And when you pair that with an uplifting pop-electronic vibe, the tune is an instant mood lifter.

The EP continues with “In Motion” featuring Reo Cragun and MEMBA. Driven by EVAN GIIA’s vocals, this one gets an extra slick verse from Reo Cragun and an injection of energy from MEMBA’s production flare. Then, the EP takes its darkest turn with “Just Be Real” which features grungy synths and punchy drums paired with GIIA’s adamant delivery.

Endorphins are in full flow as her vocal range is showcased on “Feeling Better.” Beginning in a more stripped-down fashion, GIIA’s voice is gently layered over a measure of piano chords before dropping into a dance-inducing vibey beat. The EP comes to an end with its highest-energy and appropriately-titled track “SWEAT” which combines two of her passions, fitness and production, and will leave fans with a lasting impression to move and sweat it out!

Listen to EVAN GIIA’s Endorphins EP on Spotify or your favorite streaming platform, and read on for the conversation. And if you want to catch her live, check out her upcoming dates that include appearances during Louis The Child’s Euphoria tour.

Hello EVAN GIIA! Thank you for taking the time to answer our questions and congratulations on the release of your first EP Endorphins! What inspired the creation of the EP and when did you know it would be its own project?

I have been working towards a bigger body of work for about two years now. Just waiting for the right story to tie the songs together. After a few weeks with no shows during quarantine the name for the EP came to me.

Releasing an EP with such insight and details into your heart and life can be daunting. What advice can you share with other artists to help them overcome the anxiety of releasing/sharing work that is so dear to them?

Keep reminding yourself that no matter the outcome (Spotify playlists, label support, streaming numbers, press, etc) you made art for the sake of art. At the end of the day, the music is for you and your expression!

You’ve mentioned that you want your music to infuse your fans with endorphins. Is there a specific track from the EP that when you listen to it floods you with endorphins because of the memories associated with creating it?

Yes, they all give me endorphins in different ways, but the one that makes me feel it the most is “Feeling Better.” When the pre-chorus hits you’ll hear my voice go really high and floaty. It was so cathartic singing that song in the session.

I grew up in an active family and my mom and dad have always said “there’s nothing that a little sweat won’t fix.” Essentially when you’re feeling, stuck, down or just plain off – get up and move. Get those happy chemicals flowing.

“Mood Swings” is about trying to keep up with and understand the vast spectrum of emotions we all experience. What emotion offered you the most learning opportunities throughout the production of this track specifically?

Honestly, when I was writing this track I was going through some tough personal journeys. I had a lot of anger which was an emotion that was new to me. I hated feeling angry until I realized that without my anger I would never fully process the situation I was in and be able to move on. Hence my line in the song “I can’t keep up with my emotions, but I need em…”.

2020 presented its fair share of challenges, but it was also the catalyst for reflection, growth, and clarity. You even mentioned that 2020 was the year you understood your purpose as EVAN GIIA. Can you elaborate more on that epiphany and how you plan to incorporate that feeling of alignment into your future (as an artist and beyond)?

I have been making music for about five years now. When I first started I never knew that it would even work. Never knew I could make a living and career out of it. It was over the past couple of months during lockdown that I actually formed the true purpose of my project. It takes years to hone your sound, look, brand and identity as an artist but I found mine in 2020.

My purpose is to give my fans a dose of positive energy, motivation and inspire them that it’s cool to take care of your mind, body, and soul.

You are embarking on your first headline tour this year! What can fans expect from your headline shows as opposed to your other performances? Anything special you can disclose to fans to get them hyped?

I am so excited to be back on stage! You can expect the energy that I bring to every show but times 100. I finally have my own stage with lighting and a full set up. You will hear the new EP in the set list and can come meet me at the merch booth after the show.

Finally, we know you are very inspired by fitness and even have a GIIA SWEAT playlist on Spotify, what are your top 3 songs from the playlist that help you push your workout to the next level?

My playlist changes every week! But right now my top three would be Eliminate’s “Mula”, Joyryde’s “FOCUS”, and MEMBA’s “654”. I promise these songs will make you run your fastest mile!