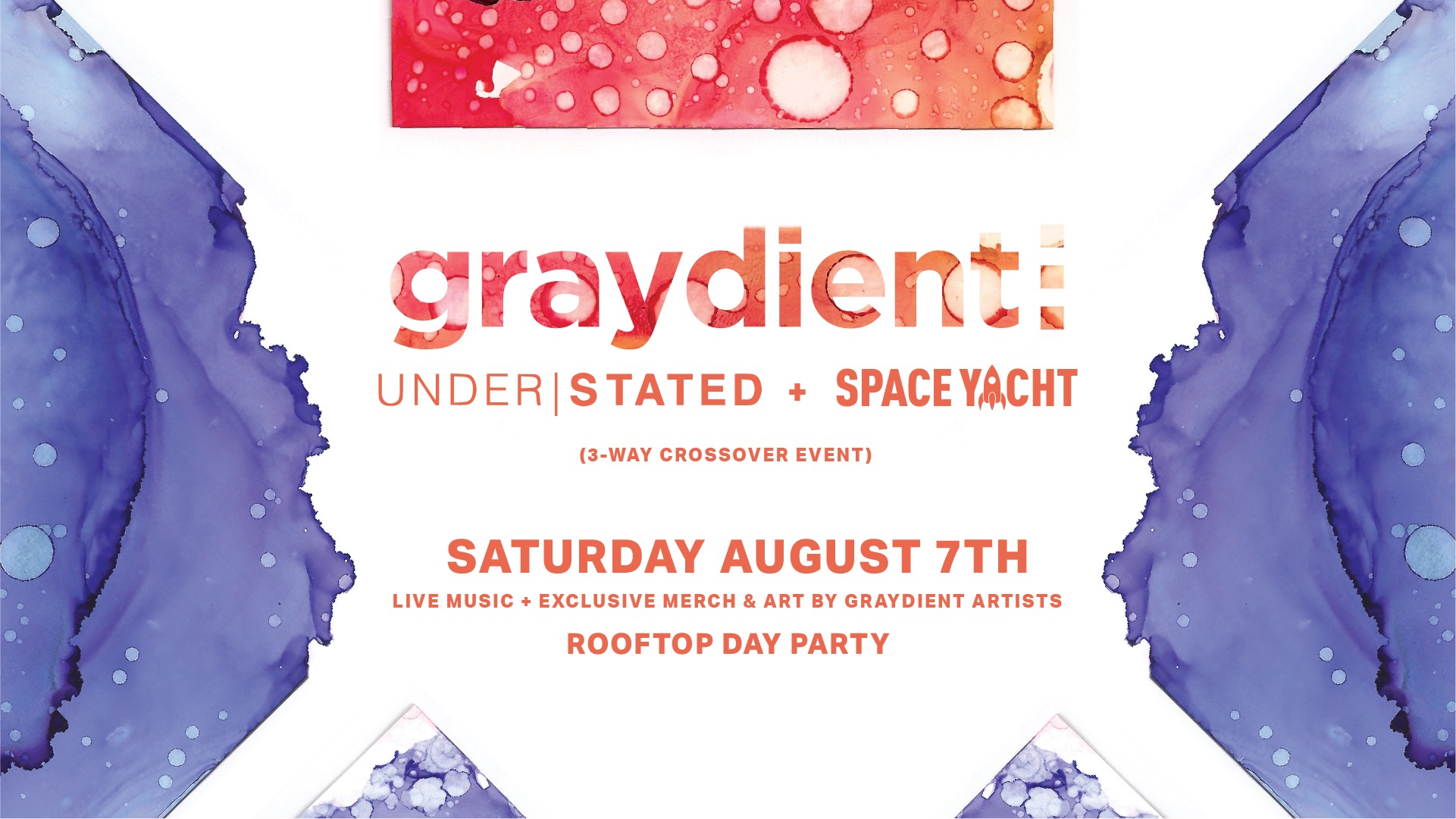 Graydient Collective has teamed up with Space Yacht and Understated for a day party in Los Angeles you simply won’t want to miss!

As the scene continues to heal itself after a year of dashed plans, Julian Gray and the Graydient Collective are moving full steam ahead to bring music back to the masses. While they’ve kept everyone occupied with the Gallery Sessions live stream series on Twitch, the collective has now set their sights on creating a fresh live music experience to check out and have teamed up with Understated and Space Yacht to make the magic happen.

Set to take place on Saturday, August 7, the Graydient Arts Day Party at the Treehouse Rooftop in Los Angeles won’t just feature head honcho Julian Gray, but a flurry of fantastic artists you simply won’t want to miss as well. This includes everyone from 28mm and C.H.A.Y. to Hannah Monica and Micah Smith. Also joining in on the fun are Monsieur Frazier and Monstergetdown who are set to take listeners on a ride deep into the depths of their soundscapes. Running from 2pm to 8pm, those attending will be able to snag some exclusive merch and art from the talented artists who are part of Graydient Collective as well.

The Graydient Arts Day Party is FREE with RSVP for those who can make it there before 3pm PT and will be $15 after that time. Head over to Nightout for more details and info. Don’t sleep on this showcase because it’s sure to be one of the best to attend in SoCal this weekend!