Das Energi is less than a month away with artists like Kaskade, ILLENIUM, Claude VonStroke, Rusko, and more set to play at the Great Saltair!

As festival lineups continue to pop back up across the United States, one that caught the attention of many early on was Das Energi. Dropping their headliners and dates back in March and then following it up with an absolutely stacked lineup in May, all systems are a go for the forthcoming edition of the festival that’s set to take place at The Great Saltair in Salt Lake City on August 13-14.

V2 Presents recently dropped the stage lineups for Das Energi to continue building the hype as well. And whether you’re planning to immerse yourself in the sounds of the Galactic Flats, Energi Field, or Synergy Station, there’s something for every dance music lover at this electrifying two-day affair.

House artists such as Claude VonStroke, Black V Neck, Justin Jay, and Gene Farris, along with bass behemoths ranging from Rusko and SubDocta to Dirt Monkey and Ganja White Night will be taking the stage at the Galactic Flats. The Synergy Station boasts of its own onslaught of epic artists and legends alike with Dieselboy, Fury + MC Dino, Donald Glaude, and DJ Dan playing their hearts out. And the Energi Field is surely the place to be for anyone who loves artists like Kaskade, ILLENIUM, EDX, Feed Me, and LSDream, among others.

But have no fear if you’re yet to purchase your passes, as we’ve teamed up with V2 Presents and Das Energi for your chance to win a pair so you and a friend can attend. And after a year without festivals, we can’t wait to see what their team brings to The Great Saltair next month to blow the minds of attendees and get them back in a groove.

Tickets for Das Energi as still available for purchase via their website. Grab yours today or enter our contest below for your chance to win a pair of passes to the festival! 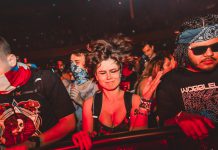 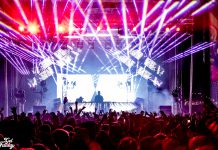 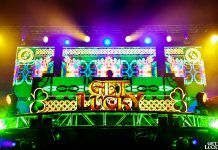 Get Lucky Brought the Heat to the Great Saltair