V2 Presents has announced that Kaskade and ILLENIUM will headline Das Energi as the festival returns to the Great Saltair this summer!

Today, V2 Presents has announced that Utah’s premier summer festival is back and ready to energize dance music lovers near and far. That’s right, after being postponed last year due to the pandemic, Das Energi Festival is set to make its return to the Great Saltair in August for a weekend filled with sensational sets and plenty of fun for everyone.

Set to take place on August 13-14, Das Energi will once again welcome a plethora of top-tier artists to dominate the decks on the Energi Field and Galactic Flats stages. And if the announcement of the festival’s return wasn’t enough, the V2 Presents team also had another surprise in store with Kaskade and ILLENIUM being announced as the headliners for this year’s edition.

Although the remainder of the lineup is still yet to be announced, past editions of Das Energi have proven that they’ve had their finger on the pulse of the scene with some of the best from the realms of house, techno, and bass music being featured. So expect more surprises in store from V2 Presents as we dive deeper into the year because we’re sure that they’ll make this edition one for the books.

Additionally, it’s important to note that although vaccinations are on the rise, V2 Presents has implemented precautionary measures for the festival this year. Aside from it being in the open air, the festival will also operate at a limited capacity, with a mask policy in place as well as health and temperature checks required to enter. They also have stated they’ll be working closely with local officials to ensure that this event runs smoothly and safely for all attendees.

Tickets for Das Energi 2021 go on sale Friday, March 26 at 10am MST. Head over to their website for more details and make sure to RSVP on Facebook for the latest updates and information! 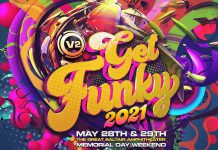 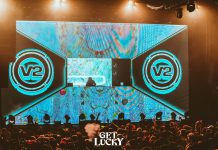 V2 Presents Postpones Get Lucky to 2022 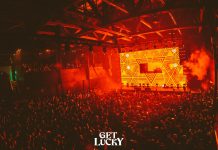 V2 Presents Cancels Get Lucky Due to Coronavirus Concerns