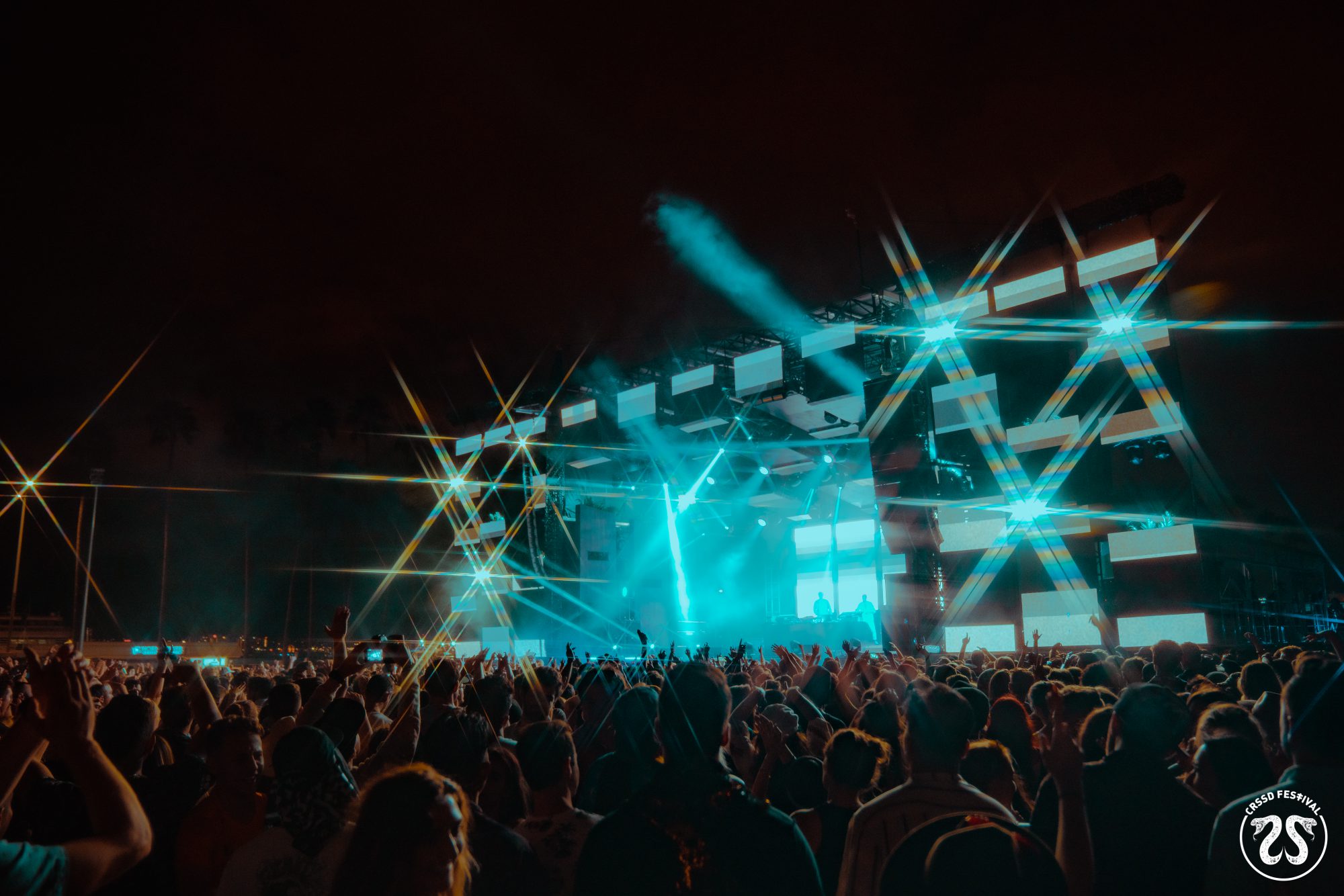 FNGRS CRSSD is slowly but surely re-emerging from the depths of the pandemic, but have kicked it into full gear this summer as they make their grand return to San Diego. Already announcing two-day events like DAY MVS XL while also making their return to nightclubs and the beach, the highly sought-after CRSSD Festival was all that house and techno lovers in America’s Finest City were waiting to be announced.

Earlier this week FNGRS CRSSD teased the return of CRSSD Festival Fall to the delight of their faithful following with its slated dates (September 25-26), and today they’ve unveiled the initial lineup and details for tickets. Headlining the Ocean View Stage this year are KAYTRANADA and ZHU, while CamelPhat, Hot Since 82, and Jamie Jones are set to play The Palms and ANNA, Kölsch, and Sven Väth will play on the City Steps.

But that’s just a taste of what’s in store as the rest of the initial lineup includes a bevy of talented artists. Whether you want to get down to the sounds from the likes of Carl Craig, Joel Corry, and Chris Lorenzo, let Boys Noize, Jon Hopkins, and Paul Kalkbrenner dominate your mind, or immerse yourself in the unique styles of Öona Dahl, Township Rebellion, and Surf Mesa, there’s something for everyone. Other notable sets that you won’t want to miss come from the likes of Flying Lotus and Tiga & Hudson Mowhawke who are bringing their Love Minus Zero project to the stage at the Waterfront Park for its US live debut.

Tickets for CRSSD Festival Fall 2021 go on sale Wednesday, July 14 at 11am PT with an Alumni pre-sale beginning on Tuesday, July 13 at 11am PT as well. Head over to their website to RSVP and grab your tickets, you won’t want to miss the return of this festival!