Just a few weeks remain until the virtual festivities begin for Tomorrowland Around The World 2021. Will you be joining in on the fun?

Although the People of Tomorrow weren’t able to gather to celebrate love, art, and music in person last year, and won’t be able to do so this year either, Tomorrowland has continued to bring forth unique virtual experiences to help keep everyone dancing. Last year, they unveiled Tomorrowland Around The World and its digital home, the island of Pāpiliōnem, which became one of the most beloved experiences during the pandemic. Now, after a stunning edition on New Year’s Eve, they’re heading back to the island once more this summer.

On July 16-17, Tomorrowland Around The World will open its gates for attendees from all corners of the globe to immerse themselves in the massive world they’ve created and catch some of dance music’s finest artists. This year’s edition of the virtual festival welcomes The Amicorum Spectaculum – one of the most mythical themes in their history which is centered around circus performers, fortune tellers, and other entertainers.

True to form, the lineup for Tomorrowland Around The World brings some of the best in the scene with everyone from Armin van Buuren and Vintage Culture to Adam Beyer and Sam Feldt, along with others like Darren Styles and Headhunterz representing hard dance in style. Now, those planning to attend can begin to plot out their weekend as the schedule has been released for both days. Friday will feature just two stages, Mainstage and Elixir, but the list of artists performing is absolutely stacked from start to finish. Saturday sees the rest of the stages open up for an even more jam-packed offering of unreal performances to check out as well.

Tickets for the virtual festival are on sale now via the Tomorrowland website. A single festival pass starts at €20, with options to include on-demand viewing at €25 and a home celebration pass for €50. Further, they also have packages available to make your home party pop that include merch, bracelets, and yes, even their own limited edition champagne.

Make sure you lock in your passes for Tomorrowland Around The World ahead of the weekend by visiting their website, look below for the full schedule, and let us know where you’ll be tuning in from in the comments!

Tomorrowland Around The World 2021 Schedule: 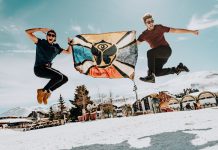 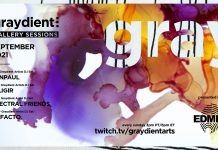