Camp Bisco has officially cancelled its 2021 edition but announced that they’ll be bringing City Bisco to Philadelphia in July instead.

Year after year Camp Bisco proves to be one of the most fun-filled weekends for attendees who love jam bands, dance music, and good vibes. Due to the pandemic, they were unfortunately forced to postpone the 2020 edition to 2021, and now they’ve delivered the news that this year’s edition will not take place either. Instead, Camp Bisco will focus on making its return to Montage Mountain in Pennsylvania in 2022.

“While we hoped to have our favorite weekend of the year at Camp Bisco serve as a major stepping stone to a “return to normal,” it became clear to us, due to the timing, that it’s not going to work out this year — at least not the way we would like to do it,” they said in the post. “Camp Bisco deserves the absolute best, and we didn’t want to compromise on that.”

While no official dates have surfaced for their return in 2022, those who purchased passes for Camp Bisco will be refunded in full. According to the festival organizers, these refunds will be processed as quickly as possible – so make sure you’re keeping an eye out on your banking statement for that.

But that’s not all, because although the news about the festival’s cancellation is sad, Camp Bisco wanted to offer up something fun for their faithful attendees to keep them grooving to the beat this summer. They’ve announced City Bisco, a two-night show on July 9-10 that is set to take place at the TD Pavilion at the Mann in Philadelphia. Featuring The Disco Biscuits, Lotus, Orchard Lounge, and Luke The Knife, this will be a great way for those looking to get their groove on to do so.

If you’re thinking about attending City Bisco this summer, presale tickets go on sale starting on June 1 at 2pm ET for Camp Bisco Fam (Use Code: BISCOLOVE) until June 3, and then will be available for the general public on Friday, June 4 at 12pm ET. Head over to Ticketmaster for both two-day and single-day passes.

Read the full statement from Camp Bisco on Instagram: 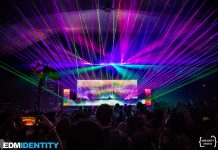 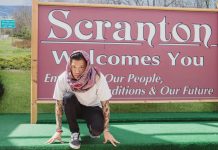 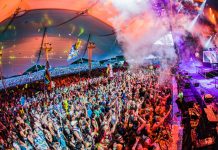