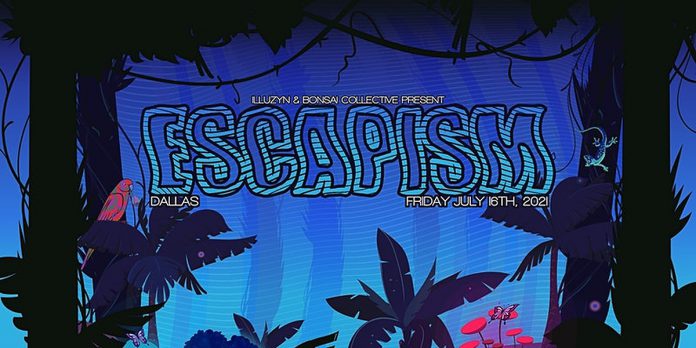 ESCAPISM will return to The Green Elephant in Dallas for a night of music and art featuring capshun, Avae, Colson XL, and more.

Back in 2019, LA-based collective Illuzyn took Dallas by storm with a new festival called ESCAPISM. Hosted at Green Elephant and headlined by local DJ and producer capshun, ESCAPISM became a rousing success. The 2020 edition took place just before the pandemic took hold, and after a year-long break, the show is set to return to make its grand return on July 16 for a fantastic night of music and art.

In addition to headlining ESCAPISM for the third straight year, capshun will take on another role. Back in 2018, he founded Bonsai Collective, a Dallas-based label focused on melodic music influenced by trap, jazz, hip-hop, funk, and house. Today, the collective has grown significantly and now includes Denali Records, an imprint featuring many of the artists on Bonsai’s roster. Capshun, and the rest of the Bonsai crew, will co-host this year’s event. Artists like spüke, Sasha Rome, and Colson XL are set to appear, as well as Illuzyn owner Vladimir Calise aka Avae, and more.

“We envision ESCAPISM to eventually grow into the biggest annual psychedelic music festival in the U.S. with music acts ranging from electronic, indie, rap, R&B, rock, & pop,” Vladimir Calise said. “Our dream acts include Tame Impala, Travis Scott, [and] Flying Lotus, but we’re starting out small first and spotlighting all the amazing acts in our community.”

Are you interested in heading to Dallas to attend ESCAPISM this summer? Make sure to grab your tickets via Eventbrite as they’re sure to sell out fast. Check out the full lineup below, and let us know in the comments if you’re planning to attend! 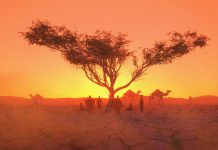 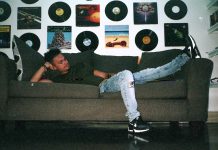 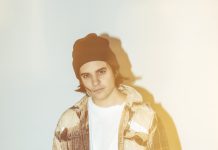