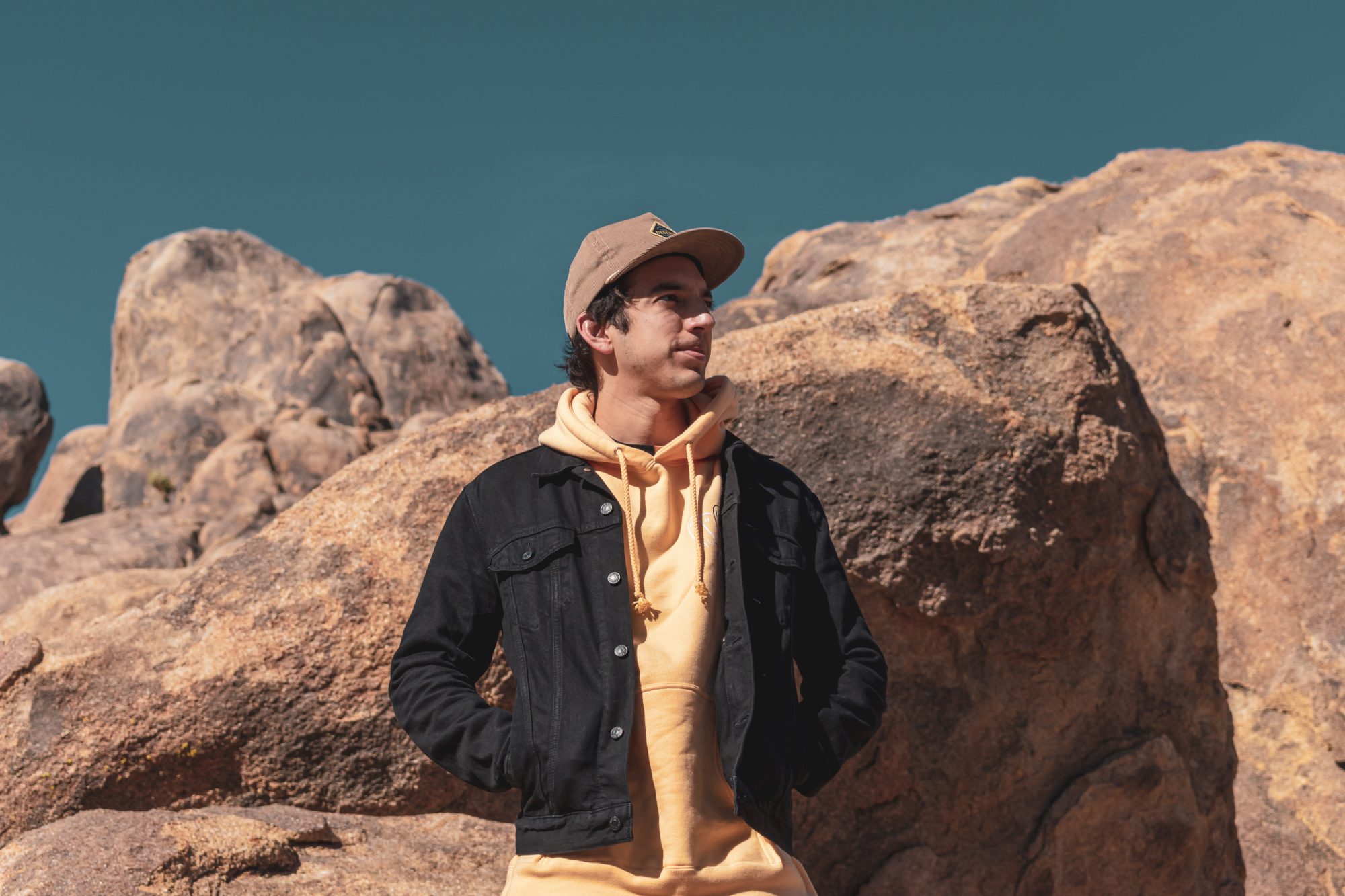 Rising house artist Kasto dropped by to chat about his tune “Show Off,” his thoughts on last year, the scene re-opening, and plenty more!

Kasto is a fan of all things electronic dance music, but when it comes to the house genre he’s unapologetically smitten about it. Hailing from Los Angeles, this rising star has been featured on some sublime labels including the likes of Box Of Cats, Insomniac Records’ In / Rotation, and NV’D Records. He’s been smashing the game with a sound that can be described as party-forward and full of sass, pulling listeners in with techy basslines and loopy melodies.

More recently, Kasto got together with friends Niles Shepard to “Show Off” on NV’D Records Family & Friends Vol. 2. But, this wasn’t the first time these three wowed us with their unyielding talents. Together they’ve gifted us with a total of four energy spiking offerings that have us feening to get back to the rave! Even Kasto’s remix game is on point. Focusing on a few standouts, he injected a playful attitude on Tony H’s “Choose Wisely” and Alex Reason’s “Hennessey” while melting our brains with his take on Kyle Zuck’s “Ride Right.”

As Kasto gears up to take on 2021 with fresh ideas and a hunger to move back onto the live scene with his ever-expanding discography, we just had to pick his brain. And ahead of the release of “Werk That” on Morelia & Friends II we had the chance to chat with him. So if you want to get to know the man behind the music, then turn your speakers up on his exclusive guest mix and read on for the conversation.

Hello Kasto! Thank you so much for taking time to have a chat with us! To get started let’s talk a bit about your history. How’d you get into music production and DJing and can you describe your sound for the music lover who may just be getting to know you?

Thanks so much for having me! I started off DJing about 10 years ago or so, which led me to get into production. Back in 2011, I was heavily into dubstep and a good friend of mine was just getting into Ableton so he could start making his own tracks. So, I started messing around with Ableton too and we would go back and forth working on different ideas which should NEVER see the light of day [Laughs], and from then on I’ve been completely hooked on creating. As time progressed, I went from dubstep, to house, to moombahton, to trap/hip hop, to pop, and then really found my niche when I started making house music again.

I began taking music really seriously back in 2013 when I decided to leave community college and go to recording school out in Hollywood. My goal was to learn the technical aspects of mixing and recording for my own music and to be able to get my foot in the door in the music industry. During that time, my love for DJing only escalated and it became my dream to be able to DJ festivals and shows, while dropping my own tracks in my sets, and things are definitely looking up.

As far as my sound goes, I would say that my music is a blend between tech house and bass house. I enjoy the rolling/grooving basslines and drum patterns that most tech house tracks have while including some heavily distorted synths and fills throughout my tracks.

Can you name and go in depth about what you believe to be your breakthrough production? In what ways has it helped to push your momentum?

Oh man, I think my breakthrough production (in my mind) was my track “Late,” which dropped on OKNF Collective about a year ago. That was one of the first tracks that I really said screw it and didn’t follow the “rules of engineering,” which means I just focused on the production rather than worrying about the overall mix during the process.

I wrote a hook, recorded my own vocals, saturated and compressed everything (more than I normally would), and in the end, the track basically wrote itself. Making that song really changed my perspective on producing overall, and that’s the first time that I actually followed the main rule in audio, which is that there are no rules. If it sounds good, leave it and move on!

You recently released an amazing track called “Show Off” alongside Niles Shepard & DANI. Can you talk about how you originally linked up with Niles Shepard and since you have a history of releases with them including “Sumthin” and “Man Overboard” can you go in-depth about how your personal musical character aligns with the duo?

I’m glad you like it! Niles and I have actually become pretty good friends over the past few years. Cam, who is a 1/2 of Niles Shepard, runs the label Nite Records and he signed a track of mine called “Do It Right” back in 2019. From then on, he and I would go back and forth about music, and eventually, I met Jim, who is the other half of Niles Shepard.

They’re both so genuine and really talented at their craft, so we clicked right away and eventually decided to collab on a track that became “Sumthin.” After getting that track signed to In/Rotation, we knew we were on to something and kept the ball rolling, which led to “Man Overboard,” “What You Know,” and most recently “Show Off” with DANI.

When we collab the ideas just flow really easily. I’ll usually lay down a simple idea and create a basic structure of a track, then when I send it to them they go crazy with it and add in synths and elements that really glue everything together. From there we just go back and forth until the track is done, simple as that! We just want to make good music and have fun!

You’ve been spreading your sound all over the industry, landing on a vast array of labels like In / Rotation (Insomniac), Box Of Cats, and NV’D Records. Can you talk about some of your best label highlights and what you’ve learned along the way?

Honestly having releases on all three of these labels has been a dream come true for me. I feel like I must be doing something right! Don’t be so hard on yourself, and just have fun making whatever it is that you’re making. If you’re banging your head against the wall trying to make “the best track ever,” or trying to make a song work when it’s obviously not, just scratch the idea and move on!

Also, don’t compare yourself to others, and don’t try and copy someone else’s track, because it won’t ever come out the way you think it will. And that’s okay! If the track feels good to you, then there are people and labels out there that will feel the same way. I don’t know who needs to hear this, but KEEP GOING!

Looking back on the past year do you think that there’s something more that the fanbase or local government could have done to support the local industry and the artist’s that have been affected? In essence, how can we be more proactive if and when something like this ever occurs in the future (what have we done right and what have we done wrong)?

Last year was such a drag. I know that the entire entertainment industry was affected, but to me, it is what it is, unfortunately. Nobody saw it coming and lasting this long, but I think the fact that there are events happening now which require table reservations and are sectioned off to only a few people in a group is a great thing. Also, Insomniac has been throwing the Park N Raves and I think those are a great way to keep events going while keeping everyone at a safe distance from each other.

I hope that people are smart enough to do their best to sanitize and if we have to wear masks, just wear a damn mask. It’s not that big of a deal, and if that’s the only way we can fully re-open, I’m all for it.

Since we’re on the topic, what has been your most beloved event you’ve played and why?

So far, my favorite event that I’ve played has been Sound Dunes which was held at Dirty Laundry down in Hollywood. I’ve performed a few times there, and every time it’s a hot mess (in a good way) and everyone gets down! I’m counting down the days until the next one when things open up again. Shout out to Pam Sessions for throwing such an awesome event!

When performing, do you ever get anxious or nervous? How do you deal with the pressure and what’s the most challenging thing about performing?

Yes, I always get the pre-gig jitters, but I just have to remind myself that I’ve played shows before and there’s nothing to be worried about. Once I’m about three tracks into my set, things just start clicking and I’m like “Oh yea, I forgot that this is what I do!” The most challenging thing for me honestly is the pre-show anxiety. It’s only momentary, but when my palms are sweaty, knees weak, arms are heavy, I have a hard time shaking it off until I actually start performing.

Let’s talk about your five year plan. What do your dreams for the future look like? And as far as the next couple months are concerned, do you have anything in the works that you can unveil to us?

My ultimate goal is to start touring and be able to make a living off of playing shows and festivals. Things were looking really good right before covid hit and everything shut down, but I know that I’m not the only one who felt that way and we will prevail!

Towards the end of May, I have a new EP coming out on Rock Bottom Records that I’m absolutely stoked about. You’ll definitely see some familiar names on that one! Then in August, I have a new one that’s been marinating on my USBs for a while that is dropping on one of my dream labels. So STAY TUNED!

Finally, outside of music, what’s something interesting about you that would surprise your fans? Any weird habits? Quirky hobbies?

When I was a kid, I used to watch Final Destination 2 on repeat. One day I remember watching it four times in a row…from start to finish. Horror movies are superior in my mind. I also love cats, snowboarding, and have recently become obsessed with the board game, Catan. Anyone want a challenge, hit me up!