ILLfest is set to return to Austin this September with REZZ, RL Grime, Chris Lorenzo, Malaa, and more announced on their initial lineup!

It’s been quite some time since ravers in Texas were able to experience all that ILLfest had to offer, but as vaccination rates improve and festivals across the country have begun to get announced the organizers are breathing life back into the experience. Much akin to the 2019 edition, this year they’ll return to their home at the Travis County Expo Center in Austin, Texas – but instead of their May dates, they’ve set their sights on September 17 – 18.

True to form, ILLfest will once again boast some of the biggest names in dance music over the course of the weekend. Topping the initial lineup are Rezz and RL Grime, two artists who have grown significant fanbases over the past few years alone with a number of stunners in the discography. They’ll be joined by other some of the hottest bass producers in the scene right now including Mersiv, What So Not, Tsuruda, Dirt Monkey, and Peekaboo.

And If bass music isn’t your jam, don’t worry because Illfest has you covered with a deep lineup of house artists including the likes of Malaa, Nightmares on Wax, Matroda, Snake Hips, and Chris Lorenzo. Additionally, Justin Jay will be making his way to the great state of Texas to deliver a Fantastic Voyage performance you simply shouldn’t miss out on.

With ILLfest teasing that more artists are still to be announced and boasting of an experience filled with art, activities, and more beyond the music, tickets for this festival will surely move quickly. GA, GA+, VIP, and ILLVIP are available now via their website, so if you’re considering attending this year’s edition you best jump on them now! 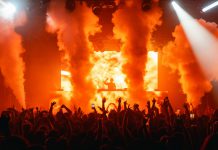