Slow Magic drops “Carry On” to welcome his fourth studio album, It’s the End of the World, But its Ok, that’s set for release this December.

Since first emerging on the scene, Slow Magic has paired fantastic beats with his iconic animal mask to make a name for himself as one of the most creative artists out there. Known for blending indie and electronic styles that can be heard on his recent EP Closer 2 U, he’s now unveiled a new album, It’s the End of the World, but it’s Ok. Due up for release on December 9 on Moving Castle, it’s already shaping up to be a true testament to his otherworldly style.

Slow Magic foreshadows the message and sonic atmospheres that will be featured on his fourth studio album, with its first single, “Carry On.” A collaboration with Paperwhite, this track encourages listeners to look toward the future during these incredibly trying times with emotional, uplifting lyrics that empower listeners to keep carrying on. When combined with Slow Magic’s synths and creative drum patterns, the song creates a powerful soundscape that truly highlights his unique style.

The positive outlook on difficult times brings a breath of fresh air to a world in crisis. It is important to stay positive, and this new single, “Carry On” preaches just that. Striving towards a brighter future and dashing the negativity of the world might have been a message that was written on a summer day in 2019, but ironically is what 2020 needs now more than ever.

Listen to “Carry On” on Spotify or on your favorite platform, and let us know what you think in the comments below. 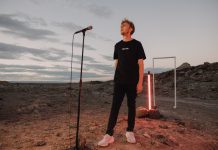 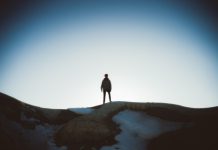 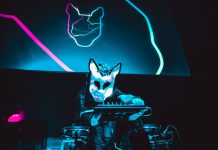 Slow Magic Reminds Us All That Everything Will Be Ok