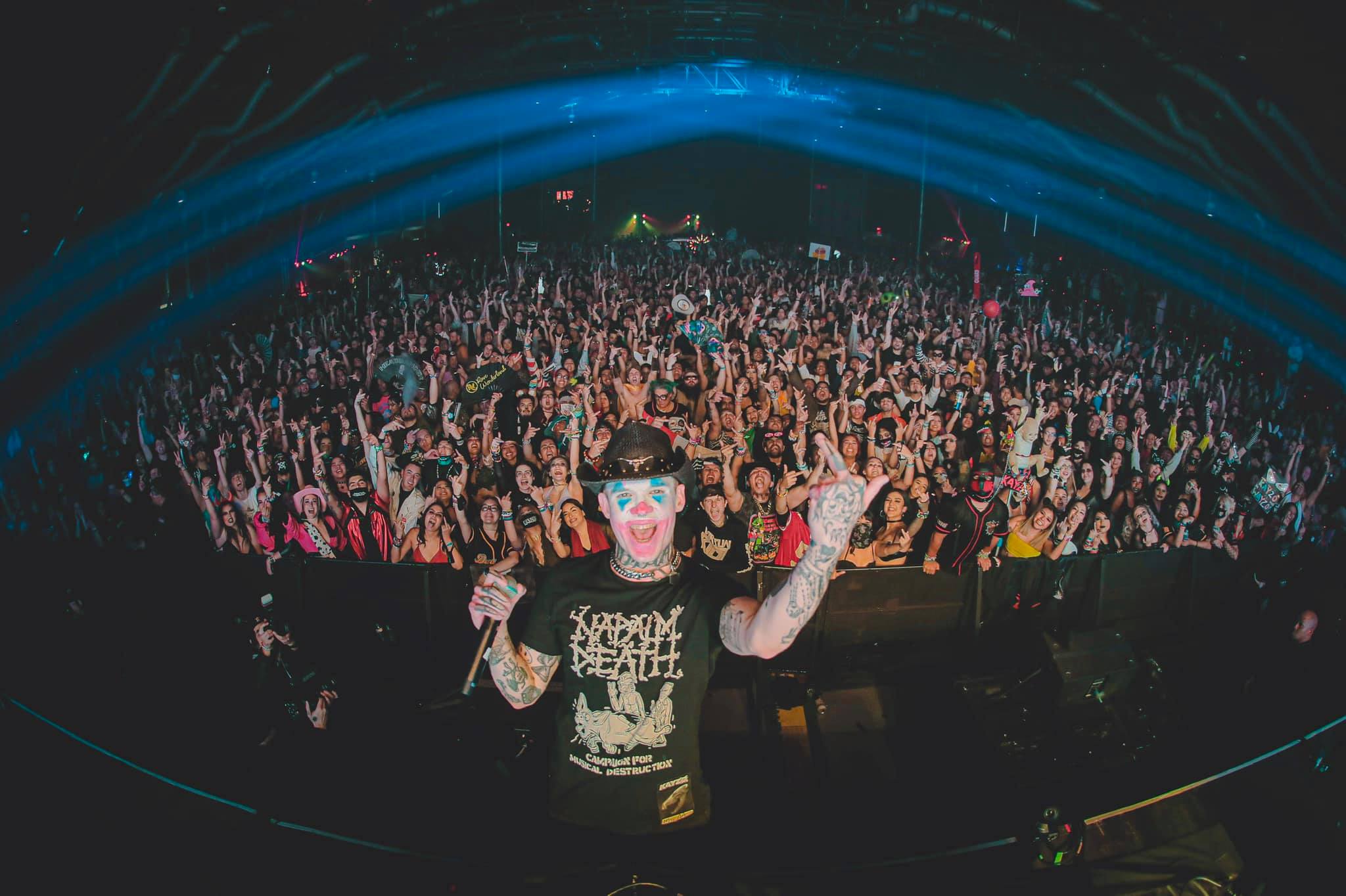 Basscon opens its doors to Lil Texas, Rooler, GPF, Deadly Guns, and more for Freakshow, a night of crunchy bass and distorted kicks!

The temperature in California keeps soaring during the recent heatwave and now Lil Texas is here to raise it even more. Since first emerging on the scene, he’s become one of the leaders of hardcore music in America. Recently, he closed down the livestream showcases like Basscon’s Wasteland and Porter Robinson’s Secret Sky Festival. Now, he’s partnered with Insomniac’s hard dance brand Basscon to curate a stacked lineup for his own called Freakshow that’s set to take place on Saturday, August 22.

Over the past few years, Basscon has made it their mission to showcase the best of hard dance through their standalone events and stage takeovers. If there’s anything to show for it, it’s this lineup as Freakshow will mark three, first-time “U.S. performances” from Deadly Guns, Rooler, and GPF making this one-night affair full of bone-rattling hard dance beats to immerse yourself in.

Related: Looking to explore the harder styles? Check out the Hard Dance Heaven and Hard Dance Hell playlists on Spotify!

Other artists on the lineup include GEO and the murderous master of raw trap, GRAVEDGR. For this set, GRAVEDGR is delivering his first-ever rawstyle performance making it one that his fans simply can’t miss. Of course, you don’t want to miss the hardcore cowboy himself either as Lil Texas is set to close down the night with high octane beats to feed your mind, body, and soul.

Follow Basscon on Twitter for the latest updates and make sure you’re following Insomniac Events on YouTube and Twitch so you know the moment the streams go live!

Connect with Basscon and Insomniac Events on Social Media: