GRAVEDGR Chats About Debut Album ‘6 FEET UNDER’ and More 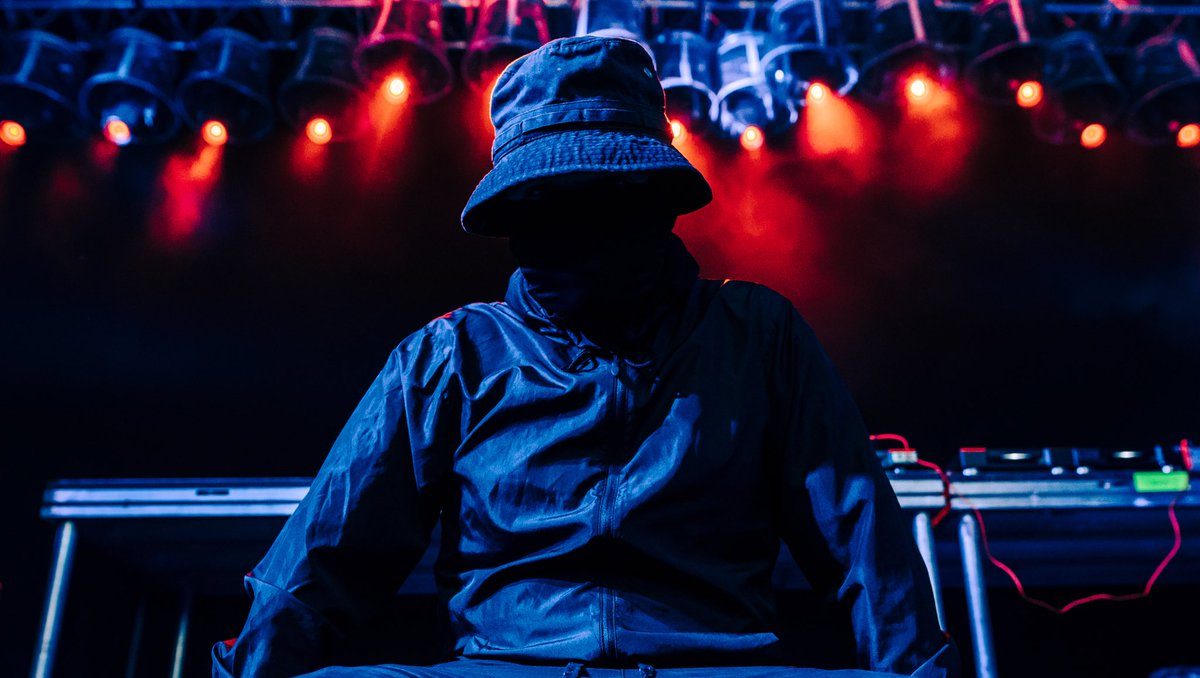 GRAVEDGR opens up about his debut album 6 FEET UNDER, his headlining tour, and the best advice he’s received from Carnage.

It feels like it was just yesterday when GRAVEDGR released his debut album 6 FEET UNDER. An album packed with 14 powerful, hard-hitting tracks, and featured collaborations with Junkie Kid, Flosstradamus, and Awoltalk. It’s a sweet mixture of trap, hardstyle, and drum and bass which is something that makes GRAVEDGR unique. He likes to color outside the lines by blending various genres together and formulating his own signature sound.

He prefers to keep his identity anonymous within the community, but it’s clear that his music is grabbing peoples’ attention. He kicked off phase one of THE 6 FEET UNDER Tour, headlining in eight different cities around North America. His shows are known for “no p***y s**t” and a place for people to get rowdy and blow off steam, see for yourself.

(GRAVEDGR created a Twitch account where he’s actively streaming. In fact, he recently streamed a B2B set with Junkie Kid this past weekend. Subscribe!)

Despite all the craziness happening, we had the pleasure of catching up with GRAVEDGR to chat about the album, the tour, and more. Do yourself a favor, listen to 6 FEET UNDER below, download or stream the album on your favorite platform, and read on for the full conversation with GRAVEDGR.

Stream GRAVEDGR – 6 FEET UNDER on Spotify:

Hi Gravedgr, thanks for taking the time to chat with us today. We know that you’re in the middle of the 6 FEET UNDER tour, how has the tour been? And which city has had the best mosh pit so far?

The tour has been amazing so far! It is my first headline run and I couldn’t be more proud of how each show is going. [Laughs] It is hard to say, but I think LA will have the best one so far.

You just released your debut album 6 FEET UNDER. Congratulations! The album is straight fire. It’s heavy, creepy, and conceptually beautiful. Can you share how you felt when the album dropped and seeing all the fan reactions?

Thanks! The album has been a crazy journey and it just is really satisfying seeing how the fans loved all the new songs on the album with still being reminiscent on the older ones.

Speaking on the album, why didn’t “Be Wary” make it on the album? And can you walk us through the creative process of 6 FEET UNDER?

I wanted to keep the album creatively different. I love “Be Wary,” but it was time to give them something new on the Drum & Bass side and on the heavy side.

You’ve played a handful of massive festivals throughout your career — EDC Las Vegas, Crush SoCal, and Hard Summer. What festival has been your favorite to play and why?

Hard Summer has been one of my favorites. It happened at a more perfect time in my career where fans were more aware of me and only allowed them to enjoy the set even more.

You’re apart of the Heavyweight Records family. What’s the biggest lesson you’ve learned since signing to the label?

That we are all family. Carnage is my brother, and without him, I would not be able to pave my own lane.

We have a feeling that 6 FEET UNDER is just the beginning of something big for you. What can we expect from GRAVEDGR this year?

The same GRAVEDGR concepts on music, but also some cool collaborations.

You’re basically a mystery in the community. No one knows your origin story and you’ve built a reputation to prove that it doesn’t matter. Why did you take the route of keeping your identity anonymous?

It just made sense at the time. One day people may know the story of GRAVEDGR.

To many people, it seems like you just appeared out of nowhere, when did you start creating music and what inspired you to pursue this as a career?

It has been about six years making music now and my true inspiration stems from a lot of places, there is not [just] one thing that pushed me to go for this. 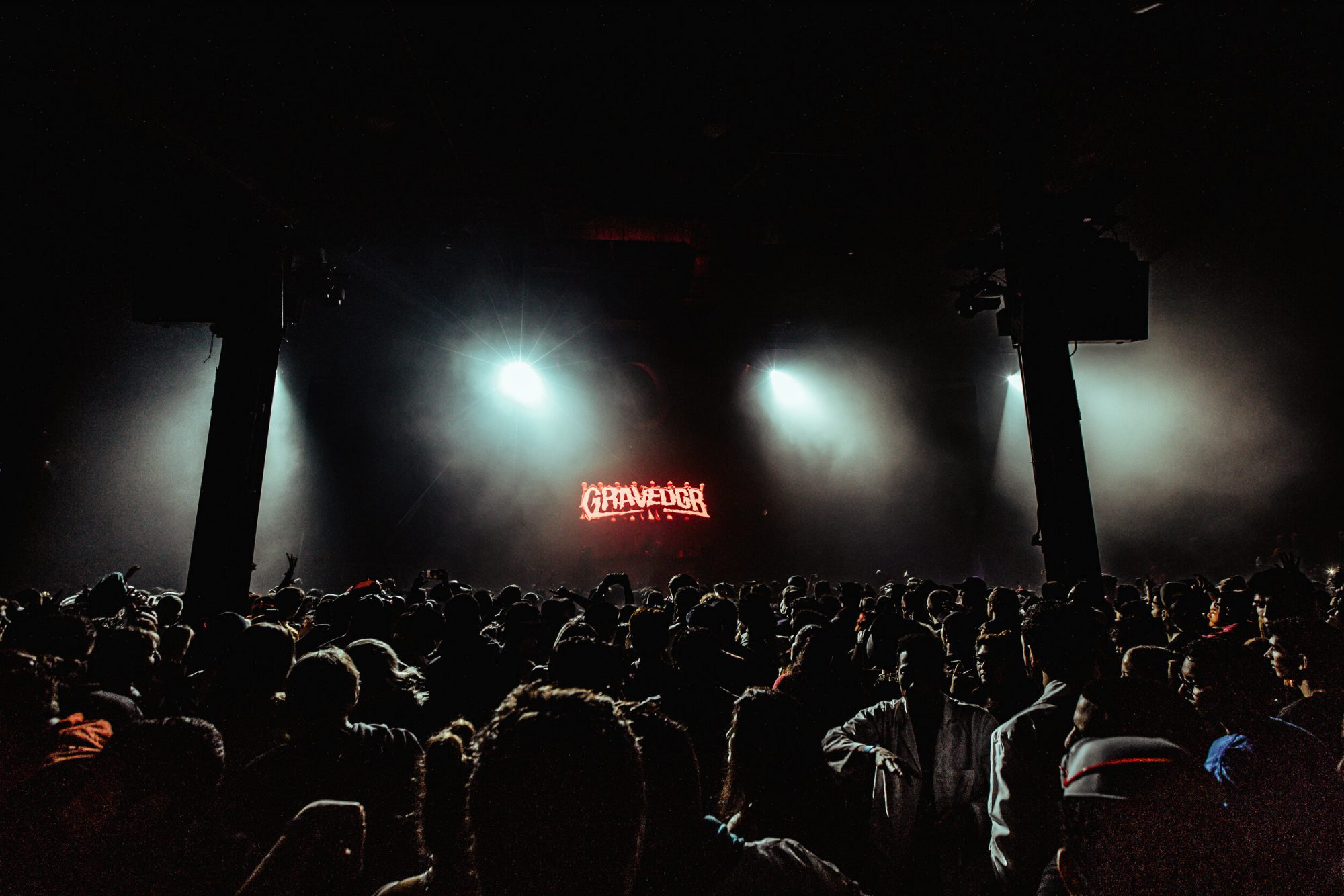 Everything about you is hard, lit, and intense. Can you share three things that make you happy and smile? Even if we can’t see it under your face mask.

In the future, who are some artists that you want to collaborate with? And do you see yourself experimenting with any other sounds outside of hardstyle, trap, and drum and bass?

My list of collaborations is actually short. Most have been done or are in the works, but I am open to all. The sound will always have GRAVEDGR signature sound but I am constantly pushing the boundaries.

Since you’ve retired from grave digging, what does your dad (and family) think about your success as a producer? Has he attended any of your shows?

I am still out here digging! Yes, they have attended some.

Lastly, what’s the best piece of advice you’ve received from someone in the industry?

In order to stand out, you have to pave your own lane.