After stunning fans from around the world with his recent livestream event from The Gorge, Seven Lions is back with a fresh edition of Visions!

When you take a look at the artists who have truly dominated the virtual landscape since the pandemic began, there’s no doubt that Seven Lions should be near the top of that list. Regularly broadcasting on Twitch, he’s kept the minds of his fans occupied the entire time with a flurry of fantastic streams, appearances during virtual festivals, and Visions showcases that highlight other artists as well.

Now, after delivering a dose of trance vibes with the third edition of Visions and taking the stage at The Gorge for a special livestream event in partnership with Insomniac, Seven Lions has announced the latest lineup for the showcase series. Set to take place on Saturday, August 22, Visions 4 features artists that will delight any fan of Ophelia Records with Inukshuk, Crystal Skies, and Dylan Matthew joining in on the fun.

Additionally, dynamic duo Gem & Tauri will be taking the virtual stage during the showcase to throw down a set that’s sure to be filled with some amazing beats. And of course, Seven Lions will be headlining the night with a Throwback Set that will have his faithful followers flocking to the channel to re-live memories of raves-gone-by and get lost in their emotions from the comfort of their rave caves.

We can’t wait to see where Seven Lions takes his fervent fanbase on the upcoming edition of Visions. Follow Seven Lions on Twitch and let us know in the comments if you will be tuning in, we will see you there, virtually!

Tune in to the Seven Lions Presents Visions 4 Livestream on Twitch: 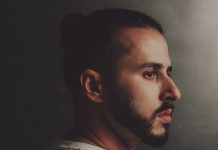