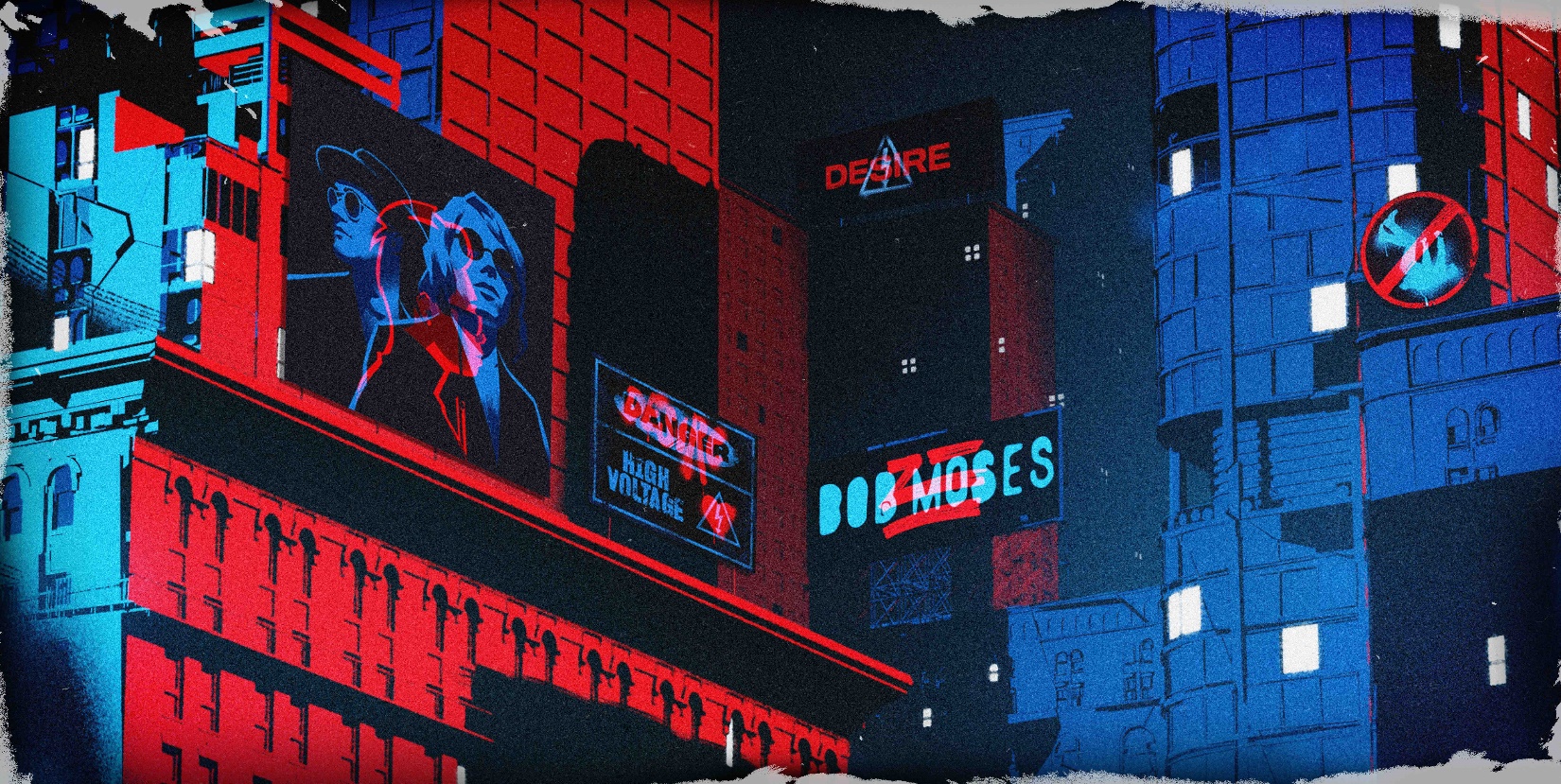 Bob Moses and ZHU have come together to craft one of the hottest tracks of 2020, “Desire,” along with an interactive, animated music video to accompany it.

Yesterday, Bob Moses dropped the title track for their forthcoming album Desire that’s due out August 28. A collaboration with GRAMMY-nominated musical genius ZHU, it’s nothing short of musical brilliance. And to make things even sweeter, the tune was paired with an accompanying music video: an animated, visual masterpiece that’s not only beautiful to look at, but it’s also INTERACTIVE!

The interactive music video, directed by Owen Brown (CTRL5 Creative Agency), and animation by Airplan Studio, uses anaglyph imagery to display the two different sides of desire. By leveraging Eko’s custom-made interface, the viewer can shift between the two worlds of pleasure and pain with a click of a button, causing a beating heart to burst into flames, turning lipstick into a bullet, and transforming joy into despair.

It’s not the easiest thing in the world to create a music video in the wake of a global pandemic. Still, in this case, not even the coronavirus could stop this all-star collaboration from coming together to make this artistic vision of desire come to life. Bob Moses (Tom Howie and Jimmy Vallance) set out to create a late-night feel track, while visually representing and encompassing the themes of human desire.

So which will you choose? Pain, pleasure, or maybe a bit of both? Check out the interactive music video for “Desire” on EKO to decide your fate, watch the official music video below, and read on to hear more about how this music video came to life.

“Stories about desire are timeless: Icarus flying too close to the sun and ending up falling to his death…that idea inspired the falling man on the album cover. That symbolized to us how desire can lead to a downfall.”

At first glance, the use of the colors, red and blue, appear to coexist one-in-the-same, depicting a woman of both colors and, most notably, blue wings, gliding through the clouds.

The woman spots a man falling backward in a free-fall while staring up into the sky. This woman then sheds her wings in an attempt to dive faster to reach the falling man, turning her blue. The man, first blue with red wings, reaches his hand in an attempt to embrace hers. His wings also disappear, turning him the color red as he hopefully reaches up to embrace her.

The fiery passion and longing to hold one another translate beautifully: her willingly diving faster and faster in the hopes of saving him regardless of the consequences of her self-sacrifice, and him, reaching up towards her, becomes a story of heartfelt romance that quickly and inevitably shifts to heartbreak.

A blue dove and a red owl, a red cloud with blue lightning, accompanied with the red word free which then turns into the blue word unfree, seem to give way to the theme that our blue woman is reaching for someone who is at peace with the thought of falling (or death, depicted as a skull with crossbones). The woman, who was once reaching, switches positions with the man; now, she is the one falling backward. As they finally kiss, the word danger, in blue, and desire, in red, alternate and flash, alluding to the idea that our woman in blue has made a grave mistake.

Our man’s arms, now wrapped in blue chains, lead to his realization that he no longer wants his fate tied to hers. He fights to break away from her grasp even as she keeps trying to hold onto someone who no longer wants to be held, not caring of what will become of her if she does. Tears fill her eyes. She keeps trying to reach him as the words love, in red, and hate, in blue, flash along with other elements that warn of their eventual demise due to a now toxic dynamic. They crash through a glass ceiling as they both turn into skeletons, signifying the death of their relationship.

The man and woman, now back to back, come together to transform into one character, wearing both shades of red and blue. The now one character, is back in the clouds again, although with newfound wisdom, possibly destined to repeat this neverending cycle of emotions, both good and bad, that fuel desire.