MEDUZA Chats About “Discopolis 2.0” and Reflects on Their Breakout in 2019

MEDUZA stopped by to discuss the recent remix of “Discopolis 2.0”, their breakout year in 2019, and how they deal with writer’s block!

There are few artists that have had a trajectory in the dance music industry as MEDUZA has had over the last year. Their blend of moody dark bass tones with fantastic vocals continue to captivate listeners all over the world and bridge the gap between after-hour nightclub parties and daytime radio effortlessly. You can’t help but dance when a MEDUZA track is turned on!

The Italian trio struck gold with their track “Piece of Your Heart” which eventually reached number two on the UK Singles chart and earned them a Grammy nomination. Their follow-up track “Lose Control” cemented them as an act that is here to stay. Additionally, MEDUZA has played top venues such as Fabric in London, Amnesia Milan, The Rex in Paris, and festivals such as EDC Mexico.

While MEDUZA has been releasing original tunes, they also have a knack for remixing songs as well. Their latest masterpiece comes in the form of a remix to Kris Menace’s Discopolis, a track from 2006. Looking to gain more insight on “Discopolis 2.0” we caught up with them for a quality conversation!

Take a listen to “Discopolis 2.0 (MEDUZA Remix)” on Spotify below, download or stream it on your favorite platform, and read on for our chat with MEDUZA!

Hey MEDUZA, thanks for chatting with us today! Let’s talk about your guys’ most release, your remix of “Discopolis 2.0”. What was the process of making this remix and what made you want to remix this specific song?

We got a list of songs to remix from management and we all decided to choose “Discopolis,” as we all grew up loving the original. We had fun having the chance to dress this song with the Meduza style.

2019 was a breakthrough year for you with “Piece of Your Heart” and “Lose Control” getting such critical acclaim. Was there a specific way you approached those tracks that you now bring into future music you all create?

We all came from a house background with dark vibes and melodic journeys. We tried to show people that this kind of house music can also become mainstream by giving it a more pop top-line that everyone can sing during the day and listen to this music on the radio during the daytime not only in the clubs at night.

What’s the dynamic when you’re working together on music? Is there a certain flow you get into with different ideas forming?

We all share ideas in the first part of the session trying to get the right one that gives us the right feeling on the backing track. Then we work with songwriters to complete the top-line with a catchy, but cool chorus that everyone can sing.

A lot of times we try to compare our work and the way we write to the biggest pop acts in the scene. But the reality is that we win if we do something different from them, because unless you have to collaborate with one of them you have to be unique and keep your sound and your classic way of writing songs.

What has been the biggest struggle that all three of you have faced so far in your career, and how did you overcome it?

Staying far from home and from family for a long time last year was really hard for us. Everything has been quick from being at home to touring the world in just a couple of months, but I was living the dream. Touring doing what I love, visiting a lot of new places and meeting lots of people and fans around the world made me so proud of our work and happy on the inside.

Back in May, you hosted a “Livestream World Tour” which were two days where your sets were broadcasted worldwide from Gate Milano. What was that experience like and how did the concept come together?

The concept was born to give to our fans a special night in a difficult time, we were and we’re still not able to play live shows and that was the only way we had to communicate with our fans. Music is the only language we can all speak. I’ll be honest, it was strange playing with no one in front of me, but I knew in my mind and in my head that everyone at home was having fun dancing with our music, and that was enough for me.

The summer tour was busy and full, playing shows all over the world, it has been hard to accept this. But we have spent time in the studio working on new music for next year, not only the radio side but also the club side. I’m really happy because last year due to the busy touring schedule, I didn’t have time to be in the studio with Luca and Simone and that was difficult for us, but now we’re ready to start stronger than before.

With a GRAMMY nomination, numerous plays on your tracks, and multi-certified songs, what is on the horizon for MEDUZA?

Everyone expects from us always something bigger and bigger every time, this is a challenge from us and we wanna play this game showing we can bring house music to radio daytime constantly single after single. Being nominated for a GRAMMY during the first year of this project gave us the power to do the next step.

The most important thing is that we made something that makes people happy, something that gave them three minutes of happiness and carelessness, and this is what we need to do again.

Stay close to your friends and family, spend time with them if you can. It can be obvious to say that, but we have 24 hours every day and we spend 80% of this time on our phone or at work and 20% sleeping, there’s nothing better than spending time with your family.

Connect with MEDUZA on Social Media: 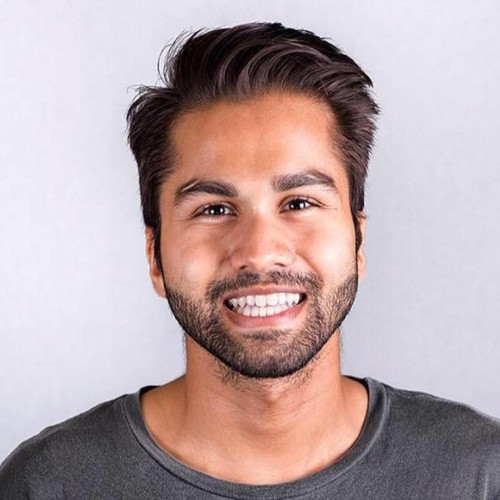