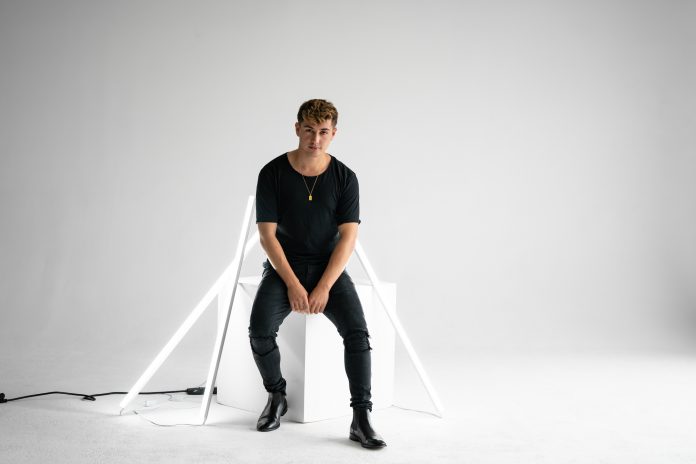 We caught up with Codeko to talk about his latest single, “Bad at Being Alone,” and what he has in store for the upcoming months.

UK-based producer Codeko has been making a name for himself in the music scene since after releasing hits such as “Say Hi” and “Lunar.” Building off his classically trained background, he’s been able to create some seriously fantastic tunes while also taking the stage at festivals and shows around the world. Just this month Codeko also became one of the latest resident artists on Musical Freedom Radio where he can showcase his own tastemaking abilities for the world to tune in to.

His most recent release, “Bad At Being Alone” really hits home for many of us right now. Though the intention behind the song was about life on the road, the release fell perfectly in place with quarantine, a time when we have all reflected on the feeling of being alone. Looking to gain more insight on the track, its recent music video, and what his own experience during the quarantine has been like, we reached out to Codeko for a chat!

Check out the music video for Codeko’s latest single “Bad at Being Alone” on YouTube below and read on for our full conversation!

Stream Codeko – Bad at Being Alone on Spotify:

Hi Codeko, thanks for taking the time to chat with us today. You recently released a very personal song called “Bad at Being Alone” that was paired with an emotional music video. Can you share what the story behind the track is and why it means so much to you?

Codeko: Thanks for having me! I wrote the song about my touring towards the end of last year; I had been in North America for nearly three months straight and had barely seen my friends or family since I’m from London. The tour itself was incredible and I really loved it, but after 12 weeks of sleepless nights, planes, and hotel rooms mostly by myself, it did become a bit blurry. There were moments towards the end where I was feeling a bit stretched thin, and isolated from all my friends and family on the other side of the world – that feeling of isolation is what the song is about.

As Coronavirus took hold of the world a month or two after I finished the track, the message behind the track instantly became more relatable – isolation became a regular part of everyone’s lives and I think we wanted a music video to capture that shared feeling.

I think the track means a lot to me just because it commemorated that feeling and period of my life – it’s almost like a photo or time capsule to take me back to that moment. It’s rare, as a dance producer, that you get an opportunity to do something like that, and I’m thankful for it.

What was the production process like for the tune? Do you find it difficult to write music while you’re on the road compared to when you’re at home?

I wrote the lyrics and melody first and sung it into voice notes, then transcribed it across when back on my computer. Once the idea was down it was just a matter of recording guitars/fleshing it out, which is the easier part.

I really struggle with writing music on tour since if I’m tired I find it really difficult to get into a creative mindset, and of course you don’t have your proper studio setup to help you out. I know several of my other producer friends dislike working on the road as well, but since I can’t fly across the atlantic in between each show it’s something I’ll have to work on.

You’ve worked with a number of other artists over the years like Xanthe, Stela Cole, and Trevor Jackson. Do you approach these tracks differently than your solo work and remixes?

I often write the lyrics and vocals for my tracks rather than just producing them, so for those three instances, I had already written and recorded the vocal, but was looking for someone who had a better voice than I did to bring the track together. Writing vocals can often work out better as a collaborative process though, so I’ve been making more of an effort to get in the studio with other writers rather than just trying to do it all myself, all the time.

Who is a vocalist you haven’t had a chance to team up with yet but would love to be able to work with in the future?

Nevve is pretty prolific in the dance scene and sings on a bunch of my favourite tracks – we’re working on getting something going so hopefully that will pan out soon.

One of the biggest struggles that artists face early on in their careers is figuring out and defining their “sound.” What was that journey like for you and how did you develop your unique style?

It’s something that bothers a lot of people and although it’s important, ultimately you can’t just sit down and force it. I write tracks that I would want to listen to, and those tracks come out as an amalgamation of my taste in music. My taste varies, so my music varies as well –  and that’s fine. Other artists like different things, and so your music will likely all come out slightly different. At the end of the day, you should be writing music for yourself, not to please other people. Creating music you, personally, want to create will be more unique than copying music you think will make you successful.

Aside from your work in the studio you also just joined Musical Freedom Radio as a new resident on the channel! What is your approach to the music curation on the show and do you have any specific goals for it in the future?

I tend to not do mixes, so it’s nice to get an hour on SiriusXM to play out whatever I feel like. Honestly have no real goals; I’m not really one to carefully plan out sets in advance – I’ll continue playing what I enjoy listening to at the time, whatever that may be.

Prior to the Coronavirus pandemic, you had some fairly lengthy runs of shows. How were you been able to maintain a demanding music schedule and still keep up with your family and friends back home in the UK?

I basically didn’t manage it at all – I didn’t see most of my friends for a third of a year, and my release schedule suffered a lot. Shows often are often Thursday- Saturday, so even if I flew home every Sunday I’d get two days at home before flying back out again. On top of that is crazy travel time, sometimes 13h+ one way from the West Coast, and tiredness from jet lag and staying up for shows. Staying in the US was the alternative, but I’m not great at working from hotel rooms compared to my studio, and obviously meant I was abroad for extended periods of time and so didn’t see friends and family.

The pandemic cancelling shows has given me an opportunity to get really ahead on music, and also begin to see my friends again now restrictions are easing – a personal silver lining after what has been a pretty rubbish 2020 for many people, music industry or not.

What are some of the ways you have passed your time and kept yourself grounded during quarantine to keep you mentally and physically fit?

My physical fitness definitely started slipping during the tour, my semi-permanent jetlag combined with late nights made me far more unwilling to go to the gym than usual. However, I’ve got a small home gym setup and have started running again, so quarantine time has been a lot healthier for me.

My usual default routine is to work on music when I’m able to (e.g. when not at shows, seeing friends etc). Quarantine gave me lots of time and so I started working weekdays and weekends by default, which was a bad idea. Without the variation of travelling / seeing friends I burnt out after three weeks or so, and have started taking weekends off, which in hindsight was very dumb to not do immediately. I did get a ton of new music written though.

Finally, with 2020 already halfway over, what’s next for you in your career? Given the unforeseeable future do you have any big plans music or touring wise?

Coronavirus has put a lot of the music industry into turmoil, but ultimately it’s given me time to step back and refocus on my music. It’s still in progress, but I’ve been writing music that I enjoy writing, rather than feeling forced to write music to please other people  – something I wish I realized earlier, and I think the result is far better. Also working on some collabs, the first of which is with Adventure Club, coming out in a few months. All in all, feeling very refreshed and positive heading towards 2021.

Connect with Codeko on Social Media: