AEG has announced significant cutbacks to its budget and staff beginning July 1 with Coachella looking to 2021 for its return.

The entire entertainment industry has been rocked by the COVID-19 pandemic. While an initial flurry of festival and event cancellations occurred back in March and April, they’ve quietly continued into May and the earliest days of the summer months. Now, it seems that the future of Coachella hangs in the balance as well after a recent report by Billboard surfaced yesterday about the future of AEG Presents.

Stemming from a memo that was sent out to their staff that addressed the long term impact of the pandemic, AEG will begin to roll out staff and cost reductions beginning on July 1. Implemented across all their departments including AEG Presents, that handles festivals like Coachella and Firefly along with concert tours around the world, this will directly impact any from happening in 2020.

“We did not come to today’s decisions lightly. During the last few months we kept our company intact to ensure that those of you who would be the most affected would have the best safety net we could provide. While it’s small solace, I see this as a testament to the culture that exists at AEG and the important role you have played in building this environment.“

Additionally, Billboard went one step further to look at the challenges that Coachella faces due to the pandemic.

After postponing both Coachella and Stagecoach to October, Goldenvoice was already reported to be rebooking artists from the 2020 edition to new dates in 2021. Now with the financial cuts that will soon be implemented, it seems almost inevitable that there will be a full-on cancellation. Apparent options for Coachella include a limited capacity event during their regular dates in the spring or a higher capacity event in October to mark their return in 2021.

As of publishing there has been no official statement released by Goldenvoice in regards to the status of Coachella this year. 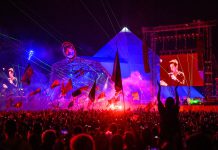 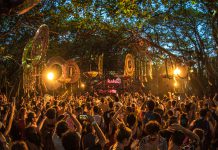 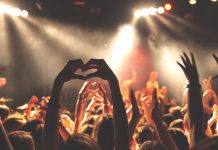 The Loss of PLUR in the Pandemic: A Reflection on 2020