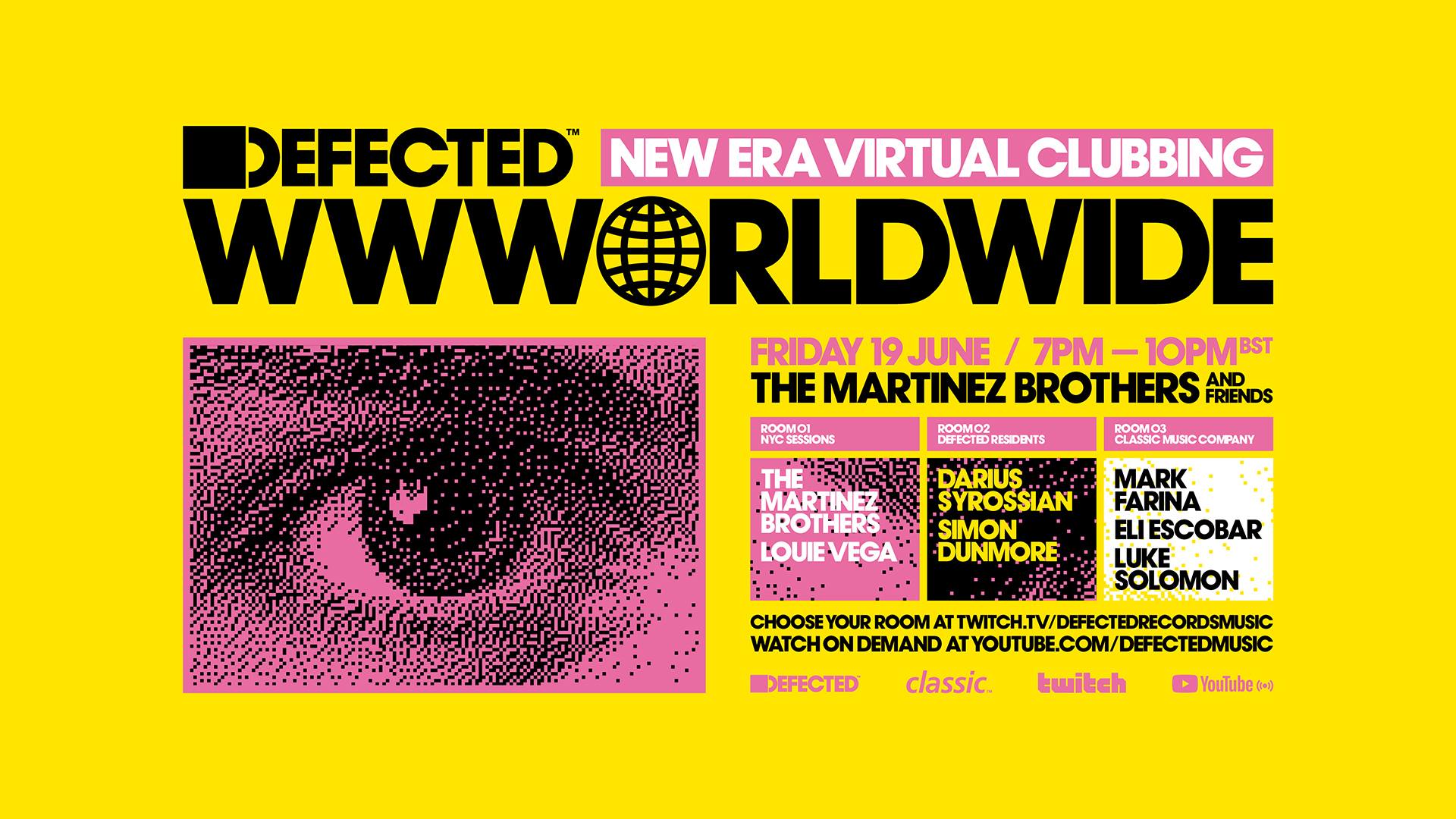 After an impressive run of virtual festivals earlier this year, Defected has announced their latest venture in the digital realm, Defected WWWorldwide!

As one of the leaders in the house music scene, Defected has made a name for themselves with fantastic releases and shows that give attendees memories to last a lifetime. Even in the face of the coronavirus pandemic, they’ve continued on their mission of spreading love around the world, Now, after delivering the news that they have a documentary due out for release they’re making news once again with their latest series, Defected WWWorldwide.

Already picking up some serious momentum with a successful run of virtual festivals for both themselves and sister brand Glitterbox that have featured some of the biggest names in the genre, the renowned label is doubling down with their new series. Taking place on June 19, June 26, and July 3, Defected WWWorldwide will bring a unique experience to those who tune in on Twitch for the shows by utilizing the platform’s “Squad Stream” functionality to create multiple rooms.

The first edition of Defected WWWorldwide on June 19 brings iconic house music artists Louie Vega and The Martinez Brothers to the virtual stage as headliners in Room 1. The fun doesn’t stop there as Room 2 will be bumping with beats from Darius Syrossian and Simon Dunmore, and Mark Farina, Eli Escobar and Luke Solomon will be spinning in Room 3.

From there, Defected will be taking us to dance music paradise on July 3 with a virtual edition of Defected Ibiza. Those who tune in to the show can dance their way between Ferreck Dawn and Sam Divine in Room 1, The Mambo Brothers, David Penn, and Manu Gonzalez in Café Mambo’s Room 2, and Mike Dunn and Terry Farley in 4 To The Floor’s Room 3.

Catch all the action by heading over to Defected’s Twitch channel, check out the set times, and let us know which edition you’re excited for the most in the comments below. And if you miss out don’t fret because their sets will be available on YouTube as well!