Internationally renowned dance music brand Glitterbox is breaking into the documentary world this summer with Where Love Lives!

Although we probably won’t be spending our summer jetting off to Ibiza, nightlife giant Glitterbox is bringing its iconic parties straight to our doorsteps with its debut documentary film Where Love Lives. Eighteen months in the making, the film will celebrate the diversity and inclusivity of nightlife culture, telling the story not just of Glitterbox’s inception but that of nightlife culture as a whole.

Founded in 2014 by the head of Defected Records Simon Dunmore, Glitterbox started out as a weekly party in Ibiza but has quickly evolved into one of the most influential brands within the club scene. Taking place in major cities from New York to London, they’re known for its unforgettable parties that unite people through club music. The documentary will highlight this, focusing on the rainbow array of personalities that famously come together on Glitterbox dancefloors around the world.

Shot in various famous Glitterbox locations, the film was directed by Brilliams and produced by Oliver Prince who’s known for his previous projects for Red Bull, Resident Advisor, and more. With the help of clockwise.film production, the two incorporate exclusive interviews with some of dance music’s finest and to help tell their colorful story.

As someone who’s never had the chance to attend one of these parties myself, Where Love Lives is already on my must-watch list for this summer. Identity, self-expression, and disco come together in what’s bound to be an exciting documentary debut – and at what better time than now when our world is in dire need of all of those things most?

To hold you off until the film’s release, stream Glitterbox’s Classic House & Disco Anthems playlist via your preferred platform and read on for Brilliams’ intentions for the film:

“I’ve always been fascinated by the positive effects of music and the communities that grow around it. Since the inception of dance music, dancefloors have been rich ground for community, and an incredible representation of cultural identity and self-expression. Everyone has their own journey to the dancefloor and their own voyage of self-expression to navigate. Through the stories of the kaleidoscopic family of performers that give Glitterbox its heart and soul, we set out to show why those journeys are so incredibly important.” – Brilliams

Head over to their website for more details on the documentary and check out the trailer below!

Watch the trailer for Glitterbox Presents Where Love Lives on YouTube:

Connect with Glitterbox on Social Media: 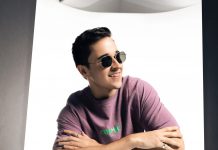 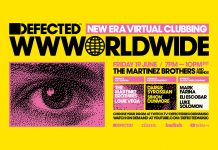 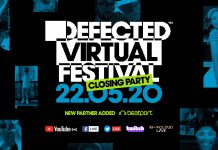