Red Bull Radio gives us Detroit-centric content on-demand all weekend long to keep the party going during the Movement At Home Livestream.

Movement Music Festival in Detroit is one of the most iconic, longest-running dance music events in the world that draws in some of the top names in the scene. Each year, they deliver a highly curated lineup for fans to feast their ears on and move there feet to, and the Red Bull stage has been a cornerstone of the festival as well.

While lovers of the underground sound won’t be able to get down in Detroit this weekend, more people will be able to experience the musical magic that happens at Movement than ever before — thanks to the Movement At Home Livestream event this Memorial Day Weekend. But it gets even better, because… Red Bull is taking the excitement one step further with Red Bull Radio On-Demand.

The Red Bull stage at Movement is known for having a diverse lineup of talent. In honor of the festival and the livestream event, they’ve pulled together an incredible compilation of content surrounding Movement Detroit — from the music, to the history of the city, and everything in between. And we dove in head-first!

The first thing to catch our eye was a collection of mixes recorded live at Movement.

These sets feature the likes of artists from Detroit such as DJ Holographic, DJ Minx, Audion, and DJ Godfather. These artists don’t just make up the vibe of Movement but have also shaped the music scene in Detroit for decades. Also featured are artists like The Black Madonna, Channel Tres, Red Axes, and Soul Clap. From R&B and techno to disco and funk music, there’s something for everyone in these sets.

Stream the On The Floor Series Playlist from Movement Detroit on Mixcloud:

In addition to the live sets, we also checked out a Fireside Chat interview with Carl Craig.

Carl Craig is a leading light of Detroit techno’s “second wave” of producers. From trailblazer to Grammy-nominated household name, his insight is invaluable. He talks about what being from Detroit means to him, and how musical influences from Detroit have spread throughout the entire music industry. The recording interchanges between Craig’s wisdom and a wide range of tunes, captivating our attention from beginning to end.

Another highlight is “The Soul of Detroit — Do Better” with John “Jammin” Collins.

John Collins has manned the decks in Detroit for decades and still fights for a stronger night time economy in Southeast Michigan. This mix features new house cuts, hypnotizing techno, and disco gold. We dare you not to dance along!

In addition to gracing us with his music, Collins is a true advocate for the people of Detroit. He’s a member of the Detroit-Berlin connection, a nonprofit organization that works to benefit creative economic growth in Detroit. He’s also a council member of Detroit’s entertainment commission. Truly an incredible human!

Then there’s “Peak Time — When Detroit Techno Went Pop” which discusses a major shift in the dance music scene.

This episode talks about how two iconic Inner City tracks released in 1988, “Big Fun” and “Good Life” (produced by Kevin Saunderson), bridged the gap between Detroit techno and pop music. We also get a clip of the RMBA Berlin 2018 lecture with Saunderson himself. “Peak Time” dives into politically-minded music that shaped Movement and the Detroit music scene over the years, and how that music reflects the history of the city itself.

Not only are there groovy, genre-bending sets to get you moving, there’s also a deep well of culture and history at your fingertips. Movers and shakers in the scene reflect on the ways music has changed with the history of Detroit, and how they are intertwined.

This is an incredible opportunity to look behind the scenes at the festival and the artists who contribute their talents to it. The more you know about festivals and artists, the more deeply you. can connect to them and enjoy them.

With so much to choose from, Red Bull Radio has something for every mood. We can’t wait to hear which sets are your favorites, or if you learned something new about Movement Detroit. Let us know what you think in the comments! 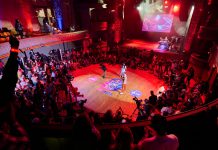 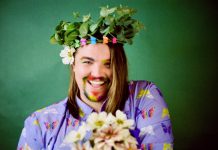 Wreckno Shakes Up Pride Month with the ‘Pansy’ EP