Julian Jordan Releases “Without You” and Talks New YouTube Series 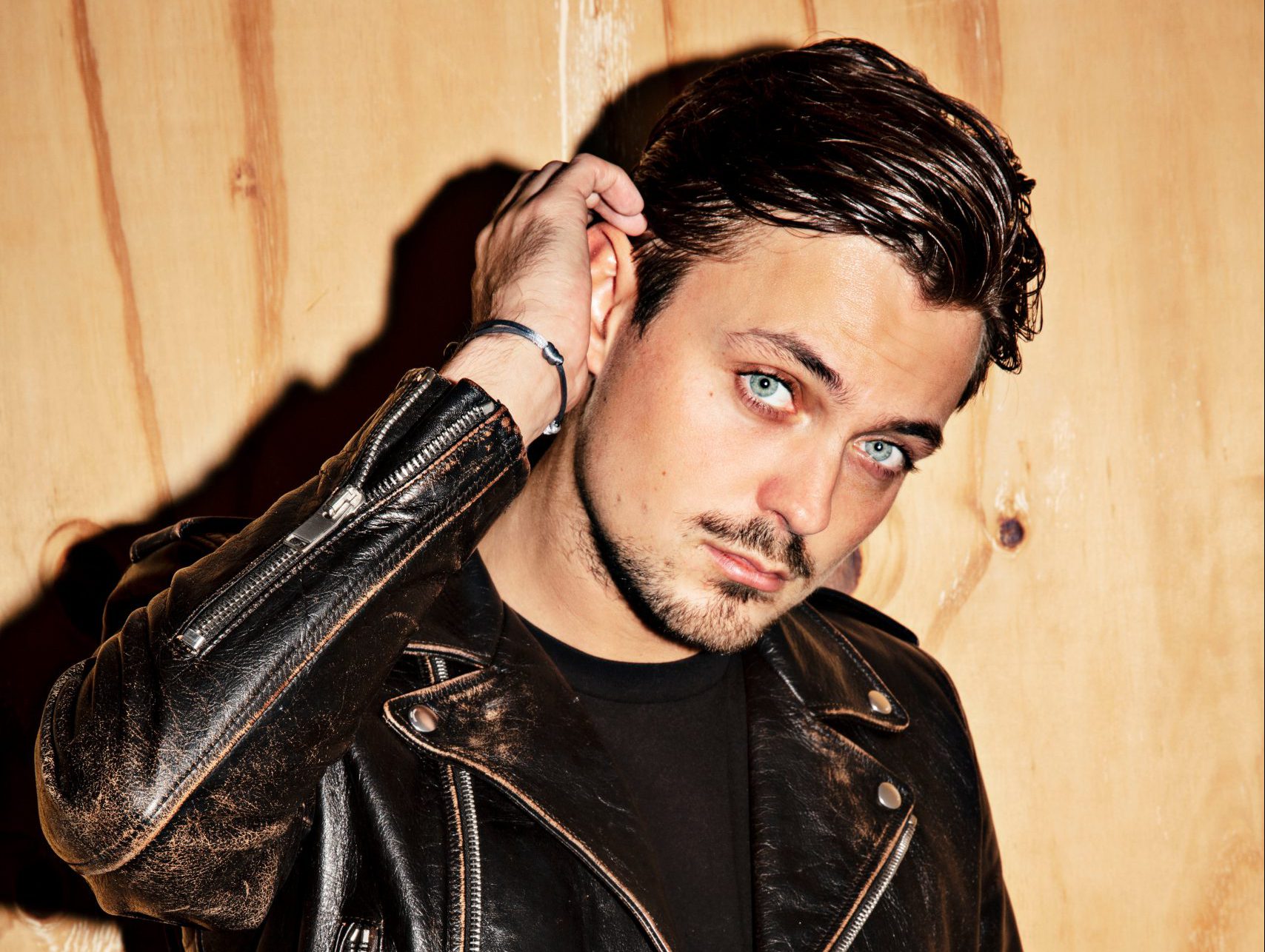 Julian Jordan has become one of the most important artists on STMPD RCRDS and recently debuted episodes of his YouTube series It’s Julian Jordan.

Julian Jordan first burst onto the big room house scene in 2012 via collaborations with TV Noise, Sander van Doorn, and Martin Garrix. With several releases on STMPD RCRDS over the years, he’s been a consistent force in dance music for most of this decade. He just released “Without You,” a highly anticipated collaboration alongside Brooks.

With one of the most distinct sounds in his genre, expect Julian Jordan to continue to grow as an artist in the coming years. His hard-hitting style of electro house is instantly recognizable and has earned him a massive fan base.

Recently, he released the first two episodes of It’s Julian Jordan, a new YouTube series which gives viewers a behind the scenes look at his lifestyle. We caught up with Julian to chat about this new series, his friendship with Martin Garrix, and much more!

Listen to “Without You” below, check out the first two episodes of It’s Julian Jordan, and keep reading for our in-depth interview!

Stream Julian Jordan & Brooks – Without You on Spotify:

Thanks for chatting with us today, Julian! Let’s start by talking about your single “Destination”, which accurately captures the Julian Jordan sound. What are some of your favorite qualities of this track?

It’s a little bit different from my last releases because it has some dark techno vibes which I love. I made this one specifically for my DJ performances and I can’t wait to test this one out live for the first time!

Also coming this year was “Love You Better” with Kimberly Fransens. What was it like to work with her and what was the production process like behind this one?

It’s always strange to work on a track with your love because you combine business with your personal life. But to be honest, it all happened really naturally and her voice is so amazing that it would’ve been a waste if I didn’t do it! We had so much fun recording it and the studio sessions for this track were amazing. This track is really one-of-a-kind and every time I listen to it I am super proud.

What can fans expect from you in the near future? Are any live streams or releases on the way soon?

A lot of music, really A LOT! But I’ve also been working on some dope live streams and ideas to keep everyone busy. “Without You” with Brooks is coming out soon and I’m really proud of that one.

All of these tracks are on STMPD RCRDS, and you’ve been a huge part of the label since Martin Garrix first started it. What does your friendship with Martin mean to you? Can you describe the impact he’s made on your career?

Our friendship is really about friendship and we can separate our careers from just having fun as friends. We’ve been working together forever, I helped him in the beginning and he’s helped me, it’s what friends do!

We still help each other out with new ideas, and we often send ideas over to each other. I think in all of our collaborations you can really hear us having fun with the music.

Looking back to “BFAM” and your first few releases to the music you’re making now, what are the most noticeable ways in which you’ve improved in the studio?

I think I am improving every day and I learn something new with every production. If you are eager you can learn a lot by watching YouTube videos or just by trying out stuff. It’s very important to understand that you are never done learning! My most noticeable way of improvement is that I really built a signature sound for myself and I’m super happy with it.

Your tracks are very unique and are instantly identifiable as Julian Jordan. What is some advice you have for upcoming producers trying to find their sound?

I’m not saying you shouldn’t listen to feedback; constructive feedback is always welcome. But a lot of people try to be part of your creative process while the only one that has to be perfectly happy with the end result is you.

You recently revealed your new series It’s Julian Jordan on YouTube. The first two episodes focus on tour life. What else do you have planned for future episodes?

You will get to see a lot of my personal life as well. It’s all about showing the person behind Julian Jordan. Who am I as a person and what do I do in my free time? I try to show everything! It’s good to give my fans a closer look into my life and how I am as a person. Maybe people can relate to it and that is super dope!

What was your favorite part about making the first episode of It’s Julian Jordan? Have you always wanted to make a YouTube series like this?

Yes! I felt like I was missing more personal stuff on my Instagram so I wanted to show my fans more of my personal side. My favorite part is actually where you see me completely worn out by a tour. It’s very real and raw. I think it’s important to show this side of the story as well.

Before coronavirus, you were able to fit in shows in Tokyo, Shanghai, and Manila. What are some of your favorite memories from these recent tour stops?

I love touring there. My favorite city is Tokyo and I just love the vibe I get from the city/the fans there. When I see my fans waiting at the airport with homemade stuff it’s incredible and gives me such a great feeling. I will always make time for them. It sucks that I can’t see them now, but I hope to be back on tour again very soon. 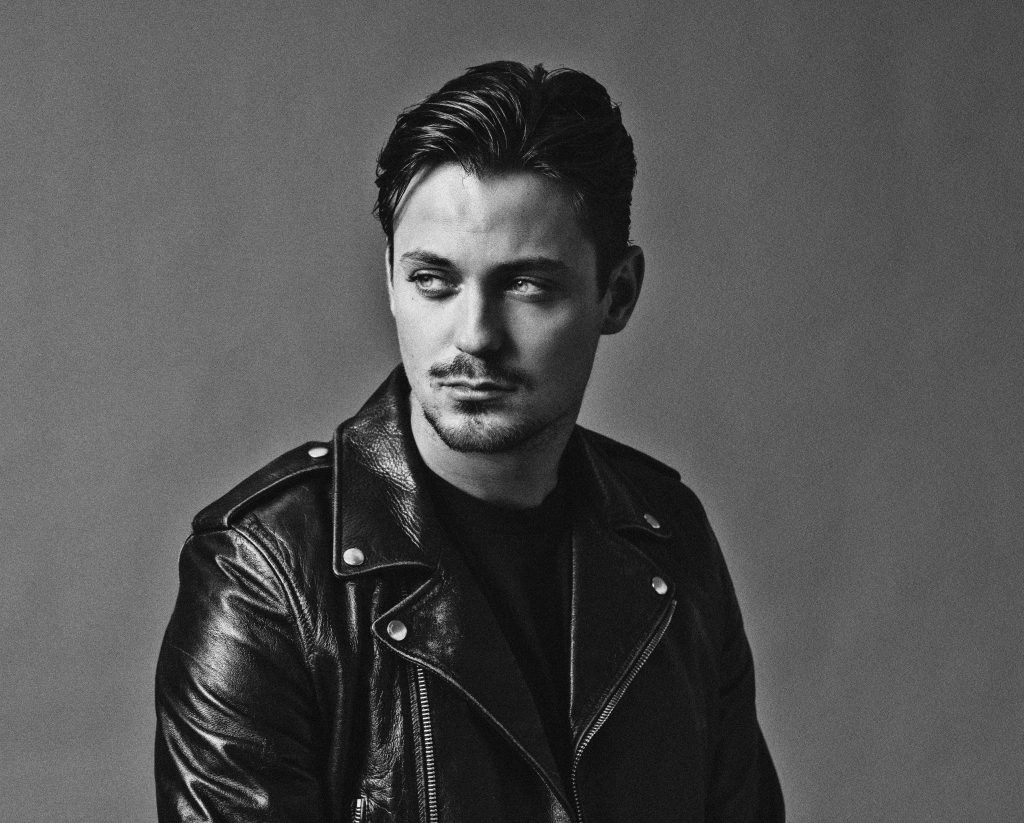 Now that we’re in quarantine, what are some things that you’re focusing on while at home? You’re on the road often, so are you enjoying this extra time to relax?

I try to relax as much as possible, but I also think it’s important to stay productive. I’ve been working on a lot of new productions and new ideas, but of course relaxing is very important. I try to do a lot of gaming as well, and Netflix is my best friend these days!

On the other hand, what do you miss most about being on tour? What are you most looking forward to when you’re able to play shows again?

Like I said already: my fans! I hate that I can’t meet them right now and to play my new tracks and see what they think. But I hope to be able to be on the road again soon. During the first show I’m doing after this, I’m going to play so much new music!

Lastly, what’s a positive message you can share with your fans during this difficult time?

In these desperate times it’s good to know that you don’t HAVE to do anything. Feel free to work on yourself a little bit and focus on what you want in life. The world never really gave us time to think about what is truly important in life and now there is a chance for that. I think after this we will come back stronger and we can all enjoy going out and partying together much more!