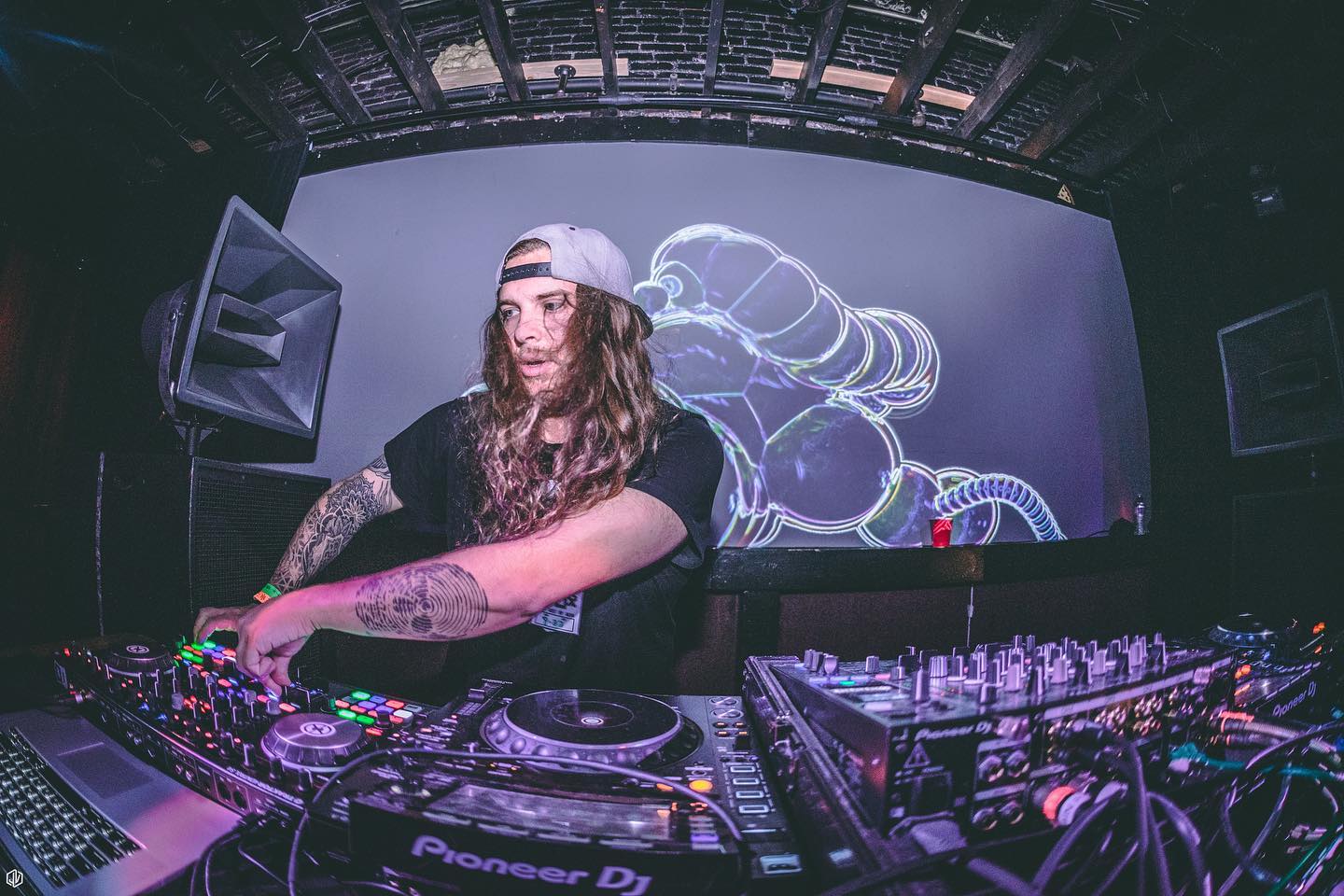 Ravenscoon releases his highly anticipated Mind EP, which will take you on a spiritual journey over five incredible tracks.

When Ravenscoon joined us for his Artist Spotlight earlier this month, he spoke at length about his new EP and how he wanted to create songs that fit with the theme of exploring his own dreams. Now, the long-awaited Mind EP arrived, giving us an honest and beautiful look into the psyche of the San Francisco-based producer.

Featuring collaborations with Feelmonger, Zuni, Born I and Masohn, each of the five tracks showcases a mastery of rhythm and musicianship that Ravenscoon has displayed in his other releases. It’s a celebration of “beautiful chaos,” the signature sound that he has cultivated within his impressive array of music.

Ravenscoon continues to be one of the most open DJs on social media, as he offered some of his own thoughts on the EP in a recent tweet. It’s awesome to see an artist genuinely wanting to connect with his fans, and it’s something we’ve come to enjoy from Ravenscoon during his meteoric rise to the top of the bass music world.

Stream the Mind EP on Spotify below or on your favorite platform, and read on for a deep dive into this spectacular EP!

Ravenscoon comes out swinging on “Control”!

A collaboration with Feelmonger, “Control” packs a punch right out of the gate. The bright synths match perfectly with the growling bass, and Ravenscoon is not afraid to throw around a ton of cool rhythms on this opening track. He follows up the beautiful chaos of his first track with another banger in “Homonculus.” Ravenscoon shows off his penchant for tempo-bending, with elements of halftime and drum and bass throughout. His musicianship is on full display with some wicked drum work and beautiful synth lines that create a perfect sense of duality.

Previously, Ravenscoon described his EP as being split into two different parts. The first is chaotic, punctuated by tempo swings and some raucous rhythms. The second is beautiful, with ethereal synth and dreamy soundscapes. Between the two parts is “Dreaming (Interlude),” a relaxing, synth-laden track complete with the ultra-soothing voice of philosopher Alan Watts.

“Let’s suppose, that you were able, every night, to dream every dream you wanted to dream,” he begins, “and that you could, for example, have the power within one night to dream 75 years of time.” It fits perfectly within the theme of dreaming that Ravenscoon has created for this EP, and it offers a chance for introspection as the listener comes to terms with the power of their own dreams. It’s sure to leave you excited for what’s to come.

The second half of Mind puts a different spin on the beautiful chaos he’s created.

From the first few seconds of “Through the Silence” on, one can already tell that it’s a special track. The bright synthesizers dance beautifully on the track as everything fades away to reveal some female vocals. The drums slowly build until everything bursts into the drop, a spectacular explosion of sound and color that is as beautiful as it is complex. It’s a tone-setter for the second half, but Ravenscoon does not sacrifice any musicianship when he switches between the themes. Instead, his sound envelops the theme perfectly as he changes the pace.

Ravenscoon ends with the title track “Mind,” a collaboration between him, Masohn, and Born I. As Born I raps over the twinkly synth, he speaks about the inner machinations of his mind and how even if you try to let something go, it has a way of coming back. The beat is gentle and steady, but Born I’s rapping punctuates it in a way that really elevates the track overall. After showing his affinity for hip-hop on his EDM Identity Guest Mix, it’s no wonder that Ravenscoon able to take lyrics and masterfully blend them with his music.

The Mind EP showcases every bit of Ravenscoon’s talent and I can’t wait to see what he’ll do next!

From the rhythms to the sound design, every bit of this EP is perfect. It’s a testament to how hard Ravenscoon works to hone his craft, building on his already stellar catalog of mixes and songs. You can catch Ravenscoon on some upcoming live streams, including the Electric Hawk Harmony Festival where he’s set to show off tracks from Mind as well as some new unreleased tunes. You’re not going to want to miss a second of Ravenscoon’s ascension to the top of the dance music!