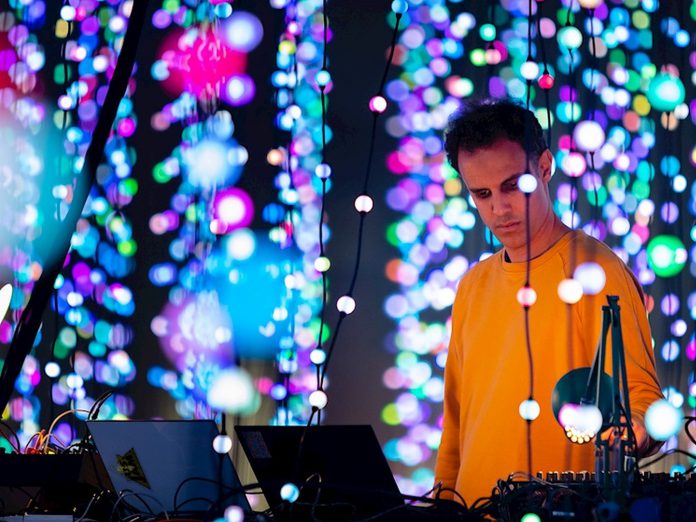 Four Tet once again teams up with one of a kind art collective  Squidsoup for two North American shows this fall!

After a show-stopping, jaw-dropping DJ set at Coachella last year, illusive English mastermind Four Tet once again touches down on American soil, this time for two live sets featuring the illustrious Squidsoup. Four Tet brings his ethereal spin on dance music to The Hollywood Palladium on October 27 before heading east to Avant Gardener in Brooklyn on November 4 for his only live shows in the US for 2020.

Four Tet capitalizes on his evocative style of creating surreal audio soundscapes by slowly drawing in his audience and placing them directly in the middle of this dream-like stage production. While it is not possible to project direct images onto the light rig, it does form a collection of pixels to suggest different models to the viewer in real-time. We can not think of a more perfect artist to help bring this creation to life than Four Tet himself.

And you might ask who is Squidsoup? Well, they’re a UK based collective of six artists, designers, programmers, and researchers. Each member of the team strives to create the most mind-blowing interactive art experiences possible. Having worked with Four Tet on several of these collaborative shows in the past, the project has taken them around the globe from Alexandria Palace in London to the Sydney Opera House. Now the time has come for the renowned show to make its return stateside.

Pre-sale tickets for these two exclusive live shows will be available Thursday, February 27 at 10 AM PST on Live Nation and at 11 AM EST Avant Gardner’s website. Register today and use code ‘squid’ to access the sale! General on-sale begins on Friday, February 28 at 10 AM.

Get a taste of what’s in store by watching his Boiler Room London set: 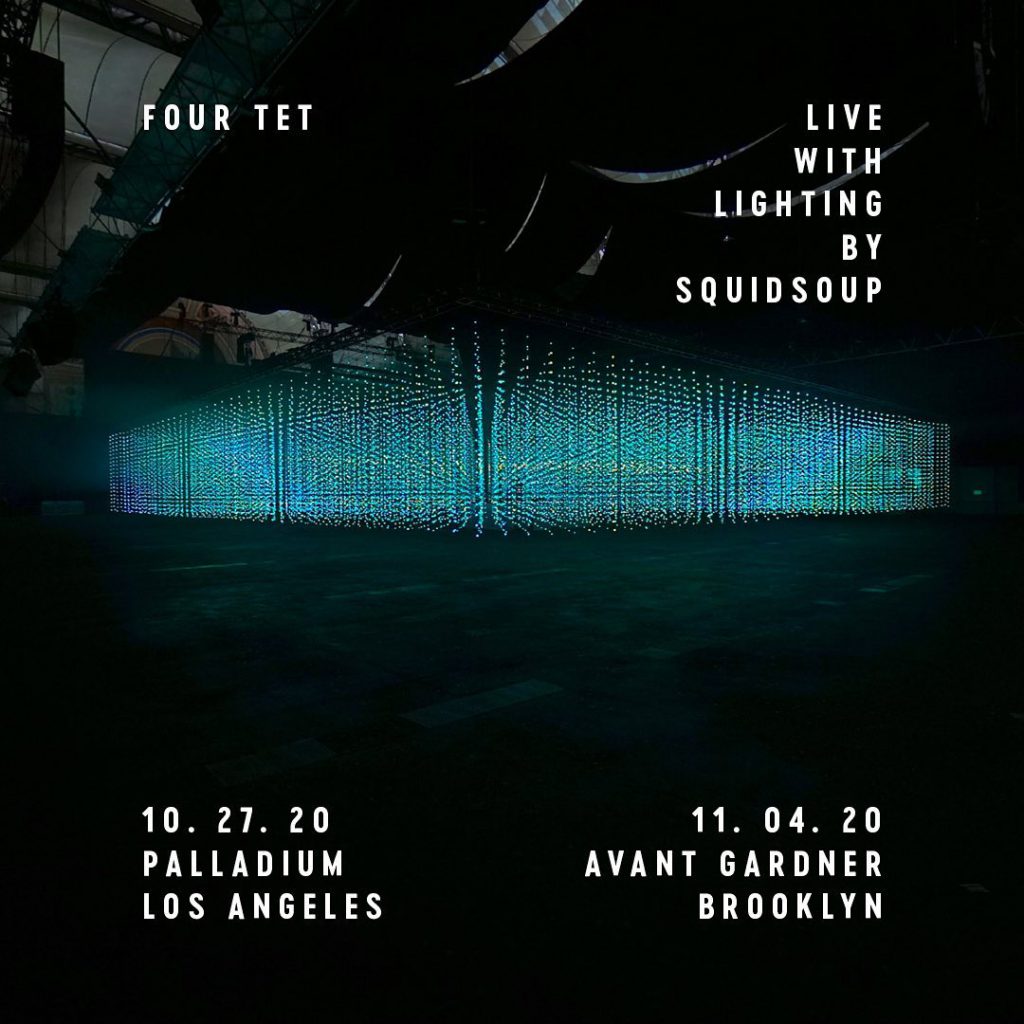 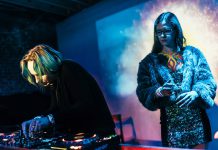 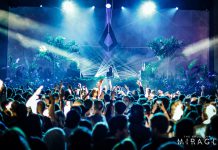 Nora En Pure to Bring Purified Back to The Brooklyn Mirage