Armin van Buuren is using his influence as the Global Ocean Ambassador for World Wildlife Fund (WWF) to take action and #BeatPlastic.

We all know that plastic is the enemy and it’s hurting our planet. In fact, eight million tons of plastic are dumped in the ocean every year. After visiting World Wildlife Fund (WWF) projects in Bali, the legendary Armin van Buuren is taking a stance and making a difference outside of music.

“These experiences opened my eyes and made me realize how much aid is needed. For years, I have been bringing people together through music. That’s my way of making the world a little better,” van Buuren said. “Besides being a DJ and producer, I am also a father and I want to give my kids the world they deserve, a world that not only they can appreciate, but one that can be enjoyed by many generations to come.”

Together, Armin van Buuren and WWF created the #BeatPlastic campaign to encourage people to stop plastic pollution. All you have to do is sign the WWF petition. The petition urges world leaders to create an internationally binding UN treaty to educate the world on how to lower plastic waste around the world.

Related: Want to learn more about other artists hoping to make a change in the scene? Check out Blond:ish’s Bye Bye Plastic Initiative!

Marco Lambertini, Director General of WWF is elated about the partnership with Buuren. “Addressing this requires a concerted approach involving business, government and the public,” Lambertini said. “Together with leading personalities like Armin we can inspire millions of people around the globe to speak up to ensure that plastics never become waste.”

To further his efforts, Armin van Buuren is providing something sweet for trance lovers around the world. Fans can expect a change at A State of Trance events as he is making every event plastic-smart. Nice.

Don’t just sit there. Sign the petition and let the world hear your voice! 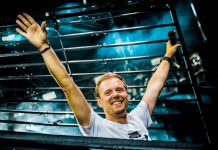 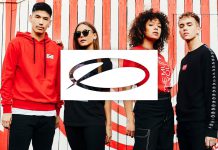