A stellar initial artist lineup and exciting announcements have been unveiled for RESISTANCE Miami ahead of their return to Bayfront Park.

Ultra Music Festival may be known as the kick-off of festival season and for its lineup filled with some of the world’s largest artists, but the underground house and techno presence from RESISTANCE cannot be ignored. Now, as they return to Bayfront Park in 2020, RESISTANCE Miami has delivered an initial lineup that is once again full of top-tier talent.

In 2020, RESISTANCE Miami will be bringing some artists for their Ultra Music Festival debuts. Belgian techno export Amelie Lens will showcase her world-renowned mixing prowess, while Michael Bibi b2b Dennis Cruz will combine two exciting styles into one genre-defying set.

There will be plenty of other heavy hitters on the lineup as well, as Adam Beyer and Cirez D are set to take crowds on a journey while Dubfire, Nicole Moudaber, and Paco Osuna will perform their third annual b3b set. Underground sounds from Richie Hawtin, Nic Fanciulli, and Pan-Pot are some other highlights of the lineup along with personal favorites POPOF and Matador.

While the size of Bayfront Park won’t compare to last year’s island, there’s still some exciting news for underground fans as the 2020 edition will see the debut of The Cove.  Additionally, Carl Cox will now take over the Megastructure for the entire weekend to celebrate 20 years of headlining. His sets will include b2b’s with Jamie Jones and The Martinez Brothers as well as Maceo Plex.

Now with a solid RESISTANCE lineup in addition to their earlier phase 1 announcement, it’s clear that Miami’s return to Bayfront Park is not to be missed. Grab your tickets today, and count down the days with us as we eagerly await another unforgettable Ultra Music Festival! 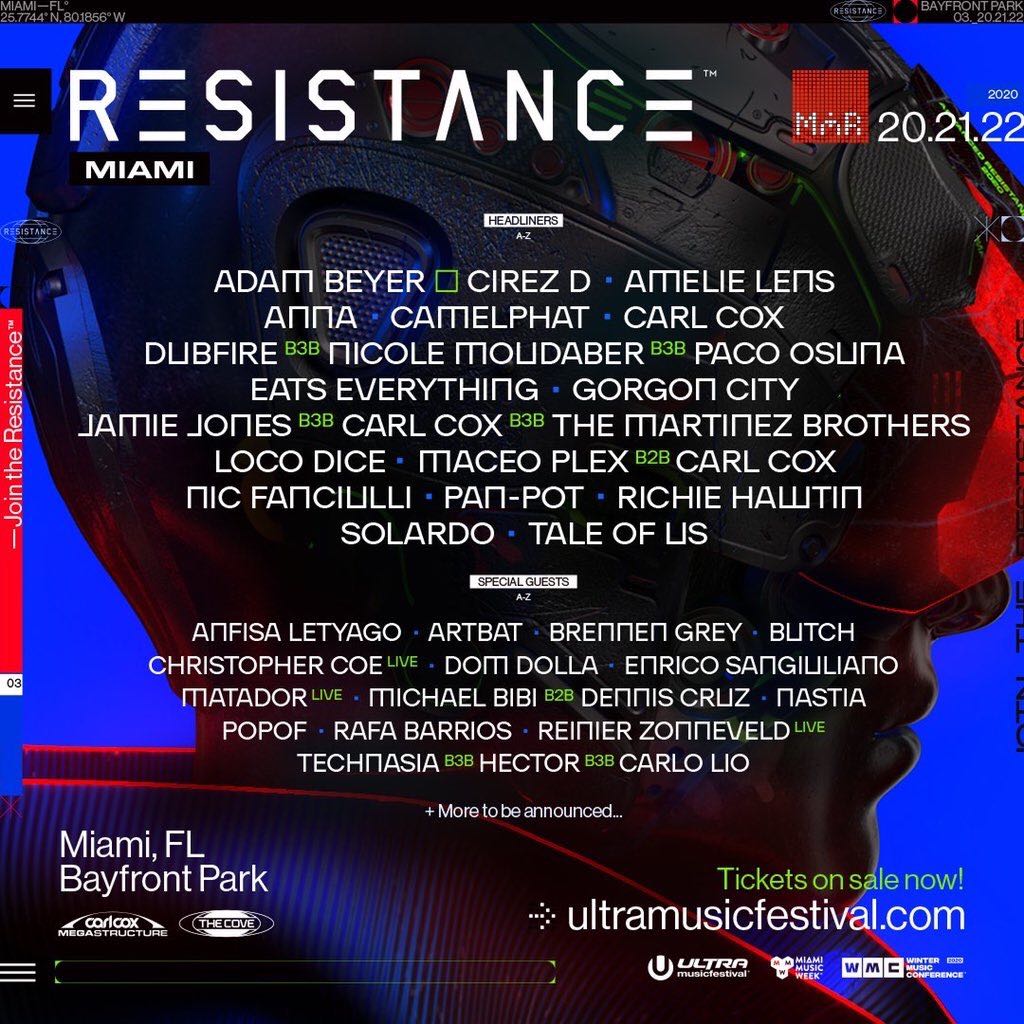