There’s a new festival to head to this summer in Eastern Europe as ALDA and Insomniac have unveiled the initial details for SAGA Festival in Bucharest.

Update December 6: With tickets available for the festival now via their website, Insomniac and ALDA have unveiled the first artists on the lineup. Disclosure, Don Diablo, Faithless (DJ Set), Marshmello, and Meduza will be taking the stage at SAGA Festival 2020.

Powerhouse brands ALDA and Insomniac have been dominating the scene over the past few years with iconic editions of festivals like EDC Las Vegas, Escape: Psycho Circus, Amsterdam Music Festival, A State of Trance, and more around the globe. Now, they’ve announced that they’ll be debuting a new event in the Romanian capital of Bucharest in 2020 dubbed SAGA Festival.

The debut of SAGA Festival doesn’t just mark a new collaboration between ALDA and Insomniac, though, as it also will be the first-ever festival of its kind to land in Bucharest. Throughout the ’80s and early ’90s, dance music helped encourage individuality in the former region of the Soviet Union and acted as a counter-cultural movement under Perestroika. Now, something that was once thought unimaginable over three decades ago will now put the country of Romania at the center stage as the next big market for the dance music world.

Taking place over the weekend of June 5-7, SAGA Festival will bring more than 150 artists of a variety of genres to play at the festival that will span five stages. Those who have attended any one of the other festivals from ALDA or Insomniac will be excited to hear that they’ll be working together to develop an immersive storytelling experience at SAGA Festival. Expect the unexpected as the two brands have teased that they’ll be bringing impressive visual spectacles and plenty more surprises that are in store.

On Friday, December 6, SAGA Festival will release a limited amount of loyalty 3-day passes starting at a special price of €21 ($23) as a welcome gift. Fans can gain early access to pre-registration via their website.

Are you ready to experience dance music’s next SAGA? Let us know if you’ll be making the trip to Romania for this festival! 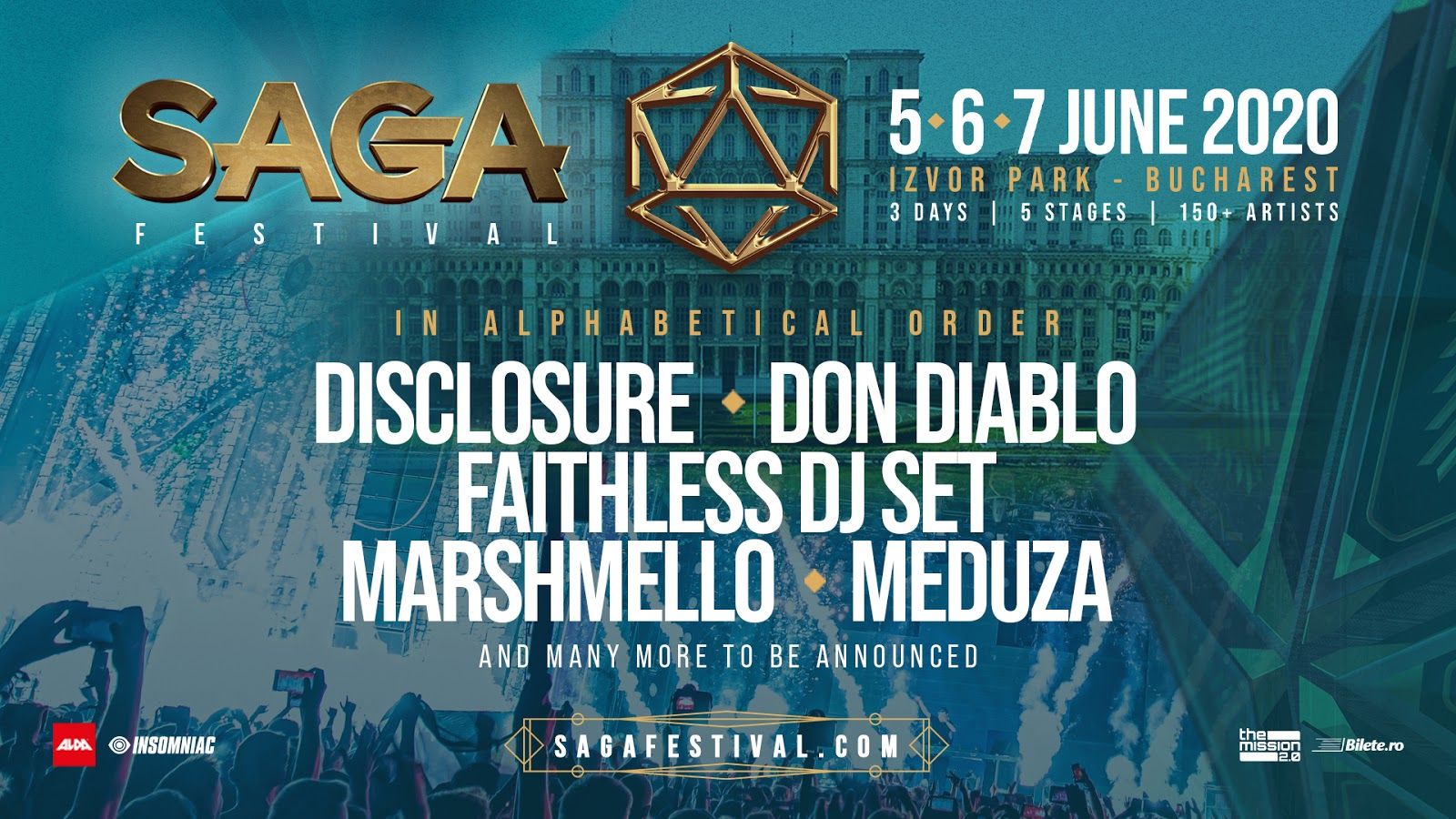