The aliens have once again beamed a transmission with the lineup for Countdown NYE in their native language. Which artists did you decode?

Update October 26: The full lineup for Countdown NYE has been announced on the back of the Escape: Psycho Circus Festival Guide. Check it out below and let us know what you think of the lineup in the comments!

At the end of last year, an invasion of extraterrestrial beings took Southern California by storm at Countdown NYE and we’ve been in a state of shock ever since. Touching down at the NOS Events Center in San Bernardino, they brought an onslaught of amazing beats and production that was simply out of this world as they roped in ravers from near and far.

Now, after word came that they’ve been plotting for their second invasion of the area earlier this month, another transmission has been intercepted. In the intergalactic transmission that was just received comes what we’re led to believe is the lineup for the festival this year.

Related: Want to know how it all went down last year? Check out our full review!

Since their language had been deciphered last year, the brave Redditors over at r/aves were quick to work at figuring out who or what the message contained. While we’ll still have to wait for Insomniac’s official translation services, it seems as if major artists like Porter Robinson, Alesso, Galantis, and Oliver Heldens will be taking the stage this year.  Read on for what has been decoded and let us know if you agree or disagree with the list in the comments!

Pre-sale tickets for Countdown NYE 2019 have already sold out during their previous flash sale. Stay tuned for details on their upcoming main sale if you’re looking to end the year right in SoCal! 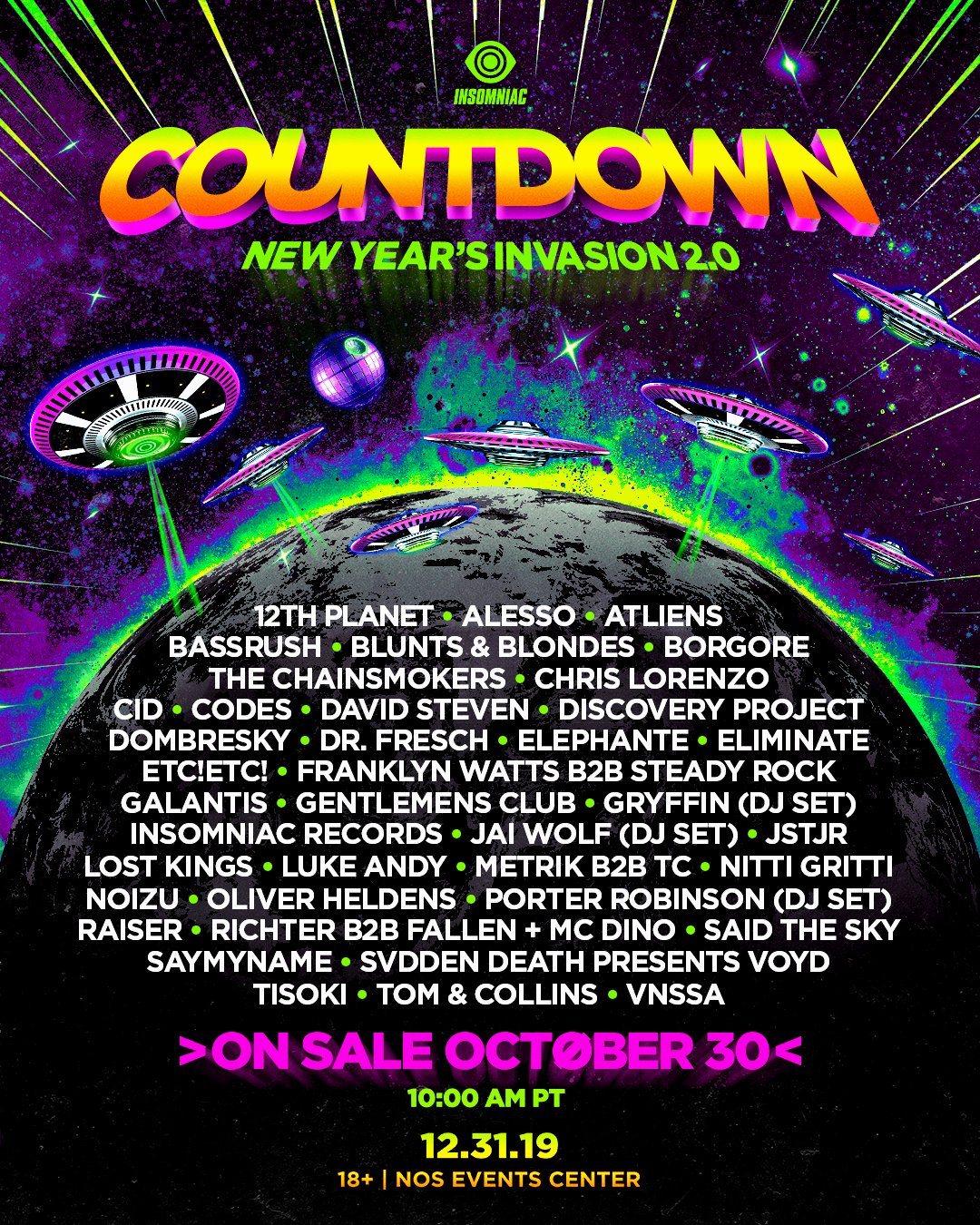 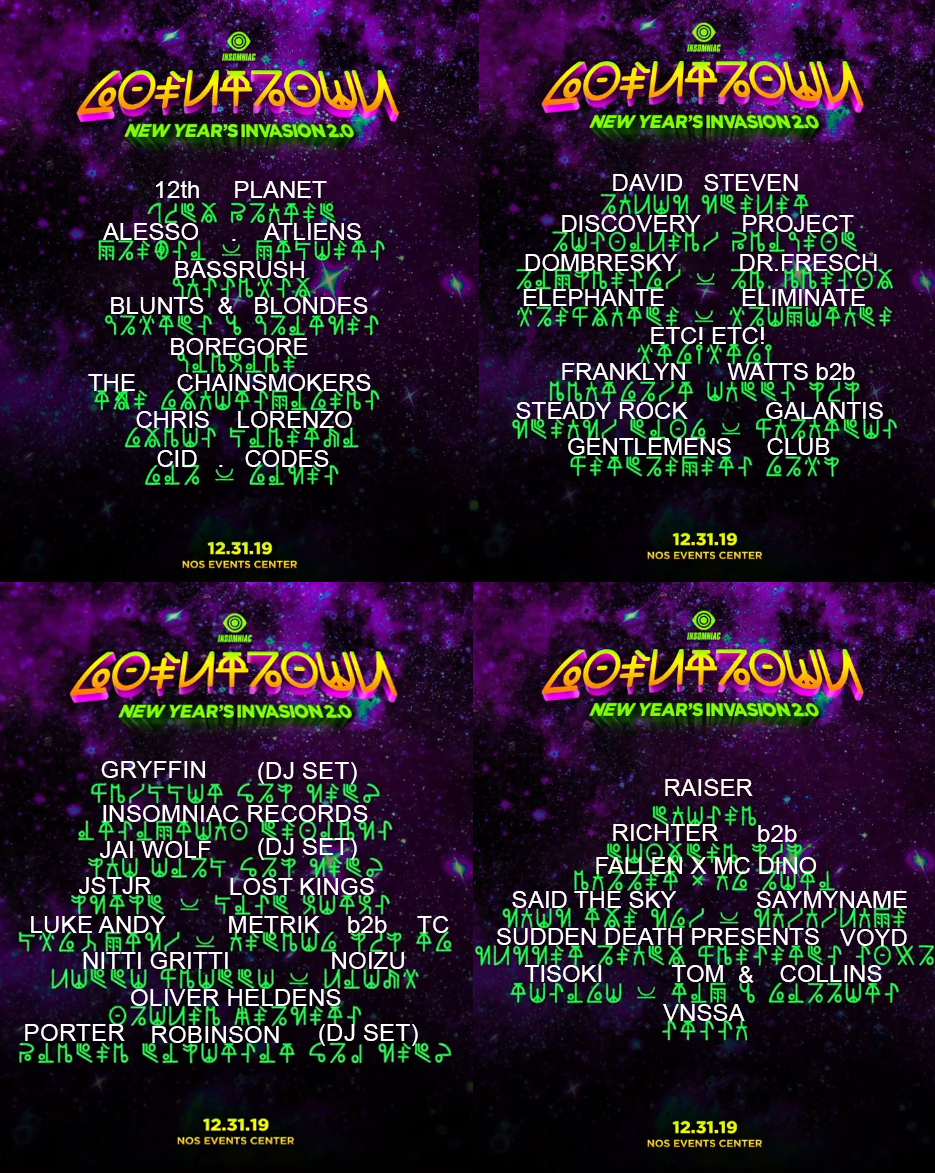