Alright, we know what you’re thinking. “New Year’s Eve?? I haven’t even decided which character from Euphoria I’m going to be for Halloween yet!” Although we do admit, 2020 is still a few months away, but why not alleviate the stress of the holiday ahead of time? Stop fussing over which friends never paid their share of last year’s limo and ring in the new year right at SnowGlobe Music Festival.

Armed with a star-studded lineup of artists guaranteed to have you shuffling all the way into the new year, the upcoming edition of SnowGlobe is not a year you’re going to want to miss. Headliners include everyone’s favorite Aussie house authority Fisher, funkmaster GRiZ,  dynamic electro duo Louis The Child, and two epic b2b sets courtesy of Tchami x Malaa and Gigantic NGHTMRE. Of course, there’s also the New Year’s Eve headliner, the one and only Skrillex. I mean, who else could we hope to count us down to 2020?

Related: We had a blast at last year’s SnowGlobe! Read all about our full 2018 experience!

In addition to the headliners, there’s something for everyone on this year’s lineup. Whethan, Two Feet, DROELOE, Kyle Watson, and more will also be ringing in the new year in Tahoe, as well as some exciting rap and hip-hop acts. Attendees will have the chance to mosh along with Vince Staples, Dominic Fike, JPEGMAFIA, and more!

If you’re in need of New Year’s plans and are thinking of heading down to Tahoe this year, don’t wait! Tickets are available now through SnowGlobe’s website beginning at $189 for GA and $399 for VIP and the general sale will begin immediately after advanced sells out. 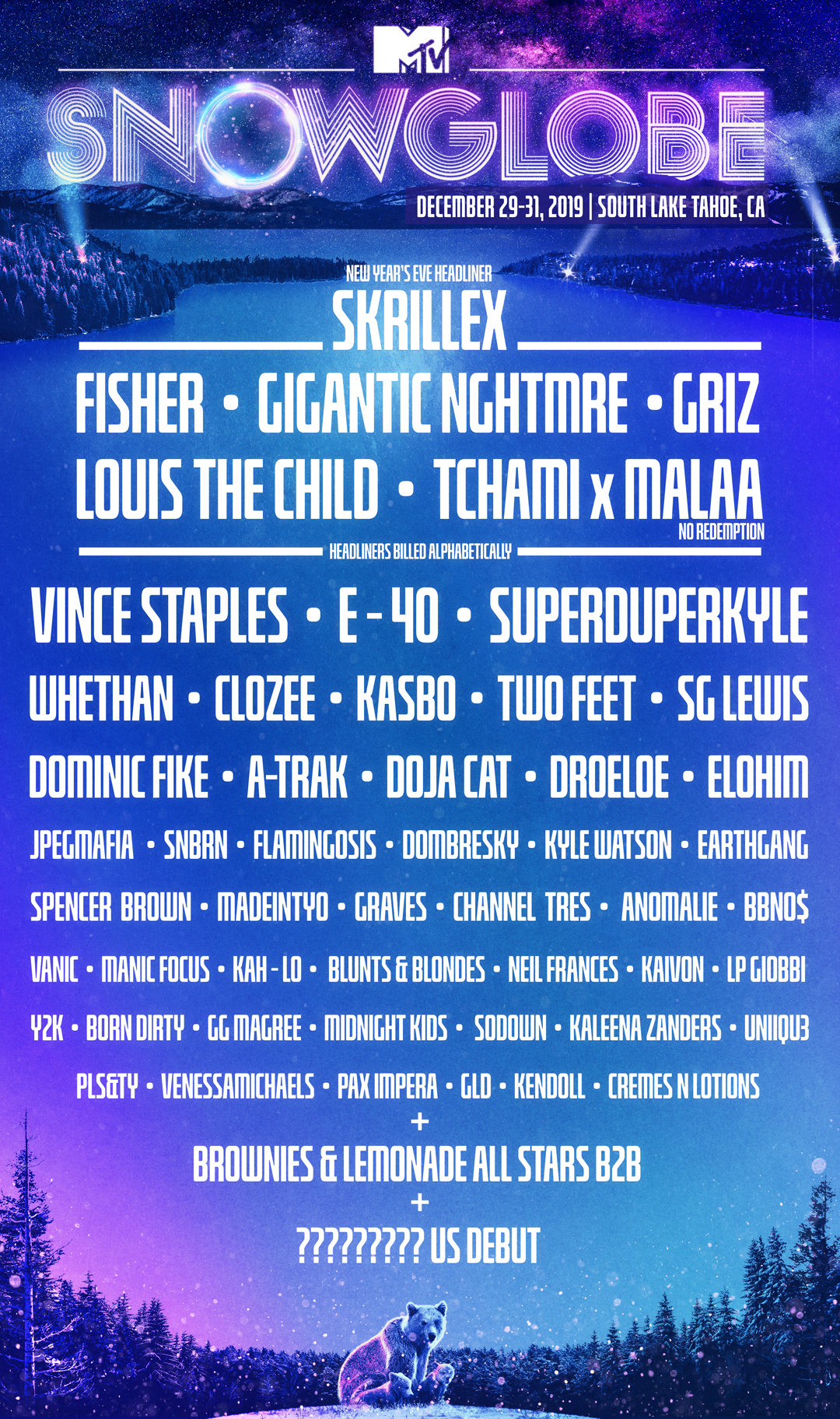 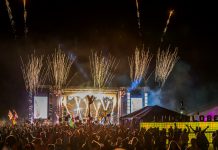