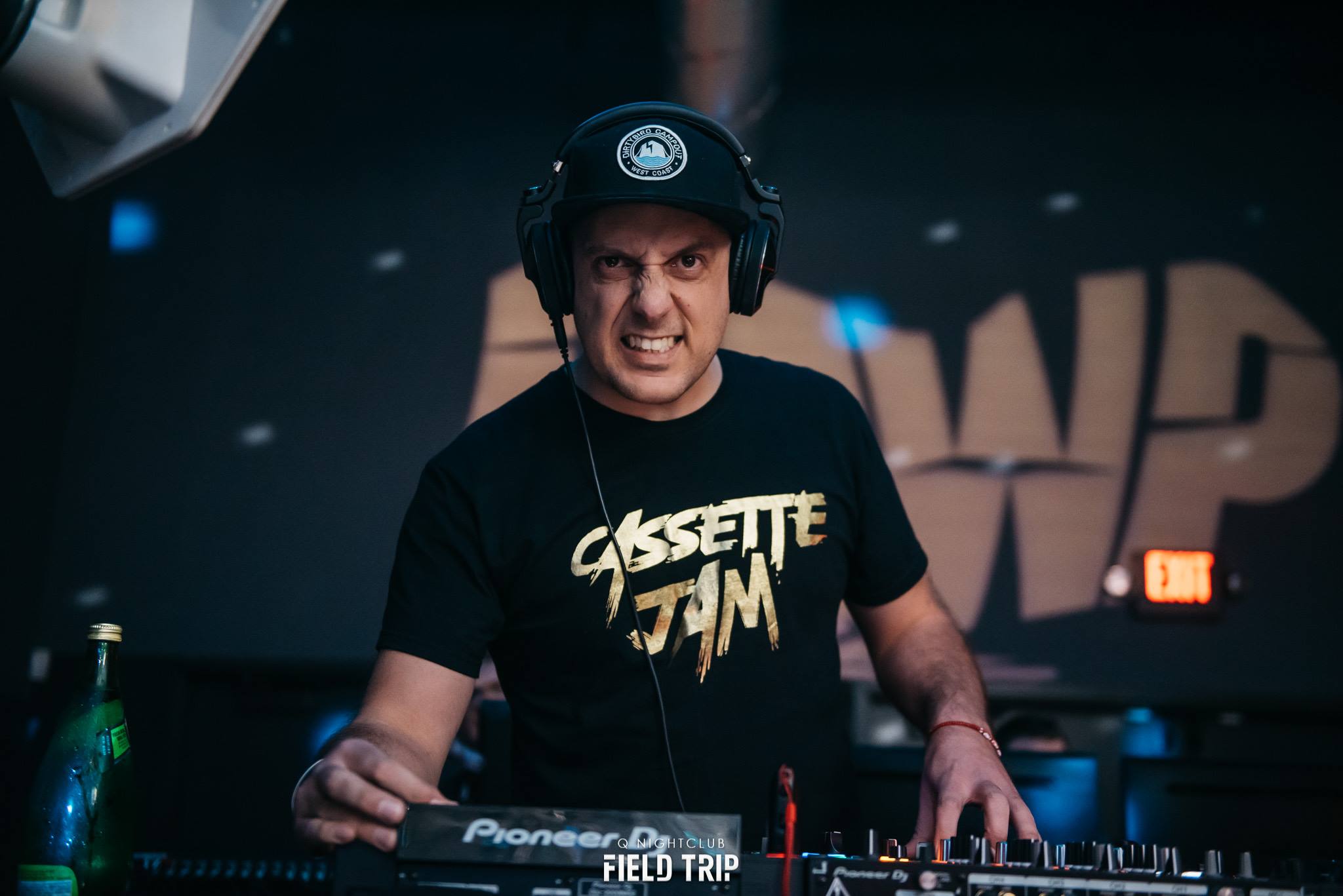 Tech house heavyweight GAWP has been heating up stages around the globe this summer, and we’ve got an exclusive playlist of some of his favorite summertime tunes!

Hailing from Leeds, Oliver Portamento, better known to the industry as GAWP, has made quite a name for himself in the tech house scene over the past few years, and if the last year or so is any indication, there is plenty more where that came from. With huge releases on some of the genre’s biggest labels including Dirtybird, This Ain’t Bristol, and Toolroom, GAWP clearly has a talent for creating wildly energetic house music that keeps the party going from noon to night.

His latest release comes in the form of his See You Later Oscillator EP, released in August on Worthy’s Anabatic Records. The EP features two weird and wild tech house tunes that will get your booty shaking and your mind twisted into knots. The lead track, “See You Later Oscillator,” layers tons of synths and sound effects over an understated bassline for a weird and wild sonic journey, while “Lost in Arizona,” featuring Bacosaurus, takes on a darker tone before breaking into a jaunty, syncopated groove.

2019 has been a big year for GAWP behind the decks. After playing his first-ever US tour in 2018, he spent this year playing sets alongside industry mainstays such as Oliver Heldens and Gene Farris and even snagged a slot at HomeBass Festival in Florida – and when he’s not touring, he’s teaching the next generation of talent at events like his upcoming masterclass at Night Vision Music Academy in Edmonton, Alberta.

We had the pleasure of snagging an exclusive playlist from GAWP featuring some of his favorite tunes from summer 2019, and he even gave us his thoughts on the tracks themselves — so kick back, grab a pair of headphones, and enjoy the weird, wild sounds of Bristol’s own GAWP!

This has to be my biased number one track, just the reasoning that this collaboration with Gene has kicked things off massively on my world tour. There isn’t a day that goes by when I’m not tagged on socials of people playing this or even shuffling… we even had a guy on his tractor in the Czech Republic send us a vid (see my Instagram). Quite a crowd pleaser and more of a crossover track we both had so much fun making in Chicago.

The latest release on Anabatic includes two of my favorite tracks to drop in my sets… “See You Later Oscillator” and “Lost in Arizona” with my good mate Bacosaurus. As you can imagine from the name of “See You Later Oscillator,” I just used my Prophet 6 Synth and Moog Voyager to create layers on layers of synth sounds to give its twisted weirdness. Then on the flip side, we created a no boundaries track with some syncopated synth parts, quirky VST vocals, and a drop with some swing to throw you out of the park. When making this EP, there were no rules or guides, and the guys over at Anabatic heard this and kindly dished it out to the masses.

“Animal” is one of my favorite tracks at the moment as there’s not many like this, with a twisted set of breakdowns and such a groove that could get anyone off their ass to shake. Raumakustik have been on my radar for years and continue to be in my box.

My latest offering on Mixmag’s Label of the Decade – Dirtybird. I didn’t understand the power of this track until Walker & Royce dropped it at Space Miami while playing back to back with Justin Martin. Instantly, Claude asked them what it was, and the rest is history… I actually stupidly sent Claude the pre-master and he had to wrap the gains up on the mixer – doh! Schoolboy error by Mr. Gawp.

I love Codes’ productions, but this one I was unsure about until I dropped it in the States and the place erupted. It’s been a winner in most of my sets since. This has to be on a big system to be appreciated and don’t be naive and sleep on this! Out on Codes’ Holé Molè label.

Gene Farris has re-released this classic that he did with Sonny Fodera, and what a vibe… I was stoked the first time I heard it and even more of a semi-stoker to actually be asked to remix it. Never fails in my sets and many others.

This was more on the tech house tip for me as I teamed up with buddies Mindek to create a two-track EP for Repeat After Me Records in the UK. We named the track after our favourite coffee shop in Chicago. It was fun getting in on the synth to work on this one.

No top ten is without a classic track. This one stems back to 2011, but there’s not a person on the dance floor that wouldn’t join in with getting down to this – a fun track with big electro-edged builds and has you singing along.

A dirty, dark track that I’ve been starting my longer sets with. Some of my fave producers, rrotik and Das Kapital, have pulled it out the bag on this quirky groover.

Such a fun track! I first dropped this in Miami when I was playing back to back with Gene Farris and the place went nuts!! Also, I met the guys, and they were really down to Earth and we had a bloody good time!

Connect with GAWP on Social Media: