After blowing crowds away on the other side of the Atlantic Ocean last year, Eric Prydz has officially announced that HOLO will be touching down in the USA!

Update Sept 10: Tickets for both nights of Eric Prydz presents HOLO in NYC sold out in record time due to the high demand. To help give more people the chance to see the show, DEG Presents has added a third day to the mix.

Tickets for Eric Prydz presents HOLO NYC on December 29 are on sale now via Eventbrite! Grab them now and don’t miss out on this epic show!

Update Sept 6: Eric Prydz has officially announced that HOLO NYC will take place on December 27 and 28 at the NY Expo Center. Sign-up for the pre-sale by visiting the HOLO NYC website today. Tickets go on sale September 10 at 7am EST!

If you’re into electronic music productions that are absolutely stunning then Eric Prydz is an artist that simply needs to be on your radar. Constantly blowing away anyone who witnesses his sets with music and production elements that are both EPIC in nature, he has truly pushed the boundaries to provide shows that are out of this world. Now, after warping the minds of many with his HOLOSPHERE at Tomorrowland Weekend 1 and V O I D at Creamfields, he’s unveiled that HOLO will be making its way to the USA.

That’s right, the iconic HOLO production that was featured at venues around the United Kingdom last summer will now be heading to New York City. A can’t miss show for any fan of all things Pryda, he will definitely be pulling out all the stops and making the crowd melt into a state of electronic bliss.

Related: Looking for more Pryda action? Check out our posts on PRYDA 15 Vol I and Vol II to get your groove on!

Teased today by retrofitting the original HOLO trailer with the new city, we are patiently waiting for more details to drop about the upcoming show. Stay tuned for information on the date, venue, tickets, and other important info as we’ll update this post as soon as it surfaces!

Will you be heading to HOLO when it touches down in New York City or did you experience it in the UK last year? Let us know in the comments below! 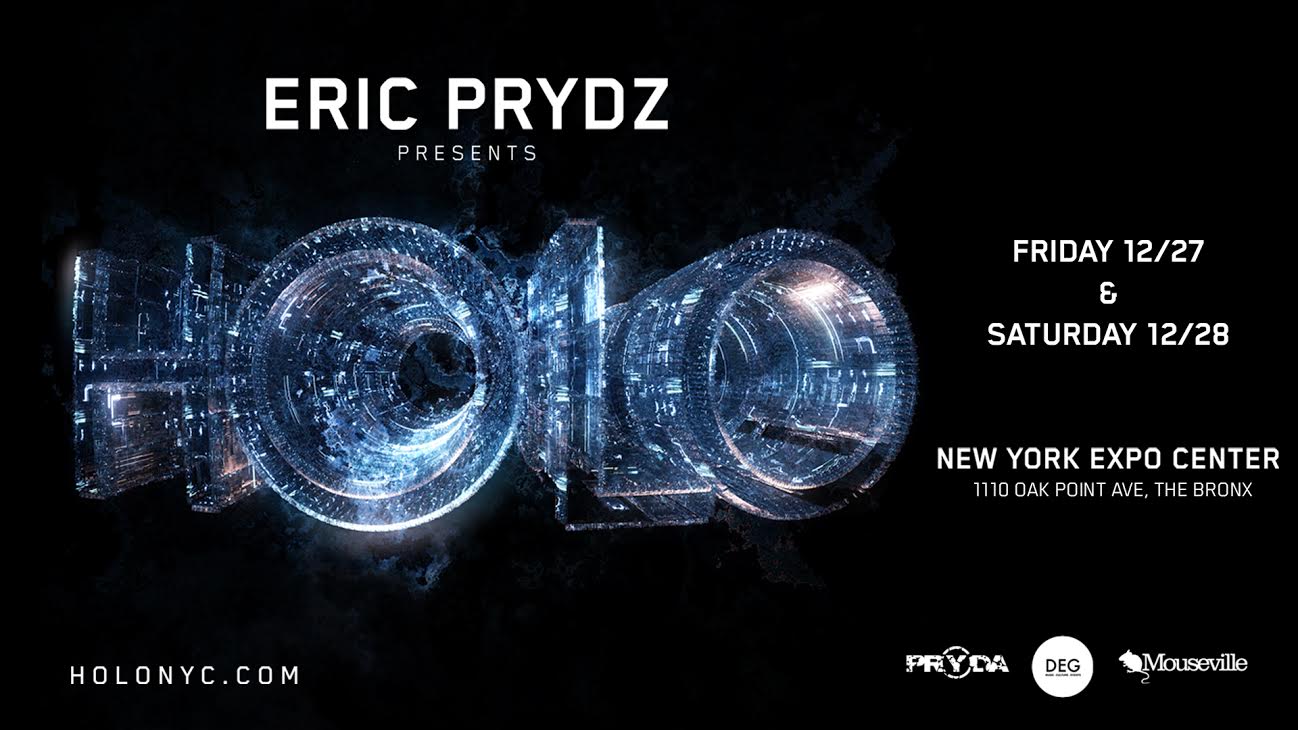