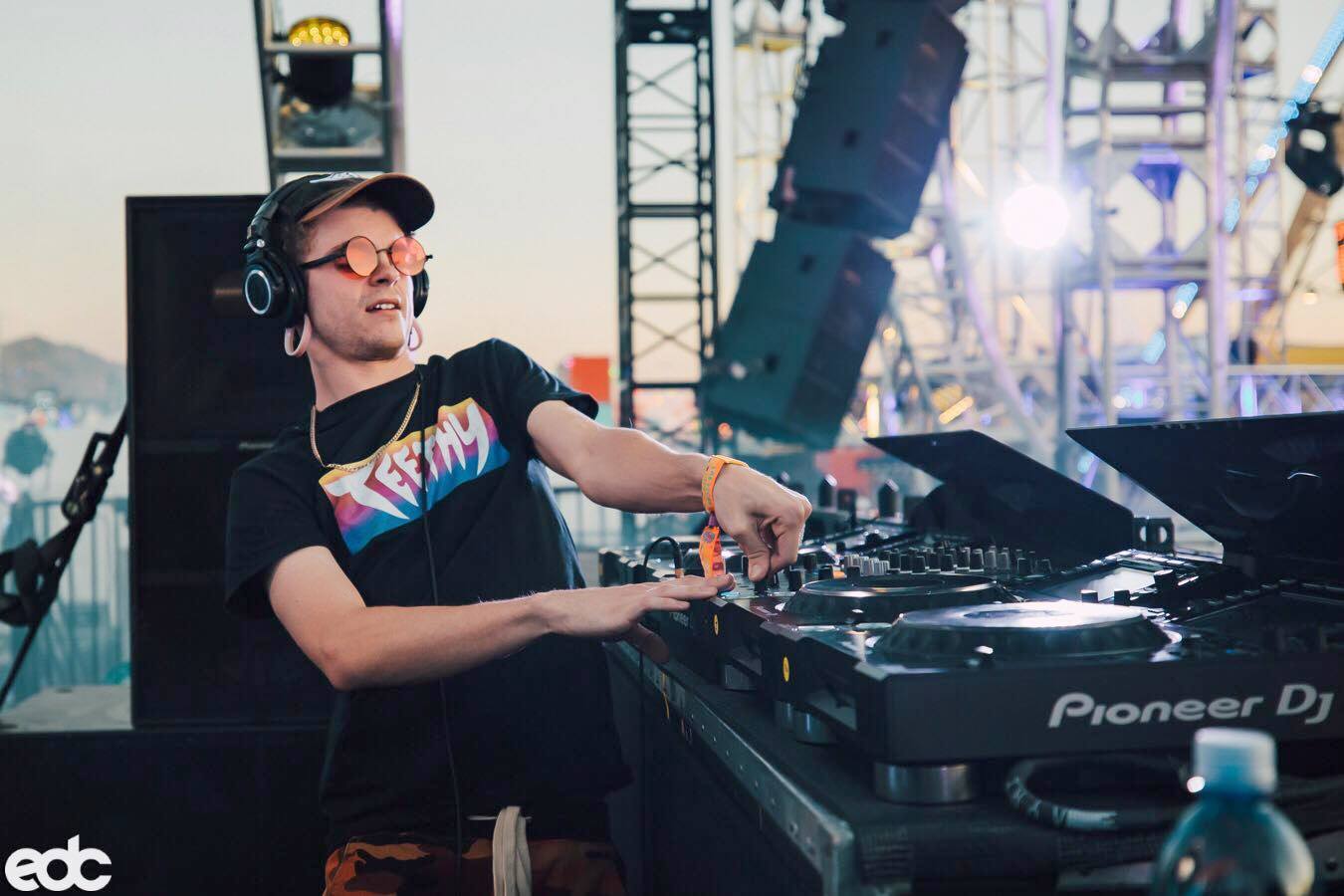 One of the artists who has been making a serious mark on the house music scene over the past few years is none other than Tanner Munn, better known as Morelia. Born in Dallas, he moved all over the United States while growing up before finally landing in Long Beach and making the city his new home.

Working hard both in the studio and behind the decks, Morelia continues to release stunning tracks and mixes that keep crowds dancing all day long and deep into the night. Most recently, he’s gained support from labels including Dirtybird with “Sexy Talk” and My Techno Weighs A Ton with “Sao Pao” while also boosting up his own fresh imprint Teethy with more releases as well.

This year has also been a massive one for Morelia on the performance side of the spectrum as he’s graced the stage at iconic festivals like EDC Las Vegas while also playing nightclubs all over Southern California including Exchange LA and Sound. Keeping those summertime vibes grooving along nicely, he’ll be moving crowds to his infectious beats at HARD Summer this year for a set you definitely won’t want to miss.

Ahead of his upcoming show this weekend, we caught up with Morelia to chat about his recent productions, new track “Caffeine,” goals with his label Teethy, and so much more. Check out his exclusive guest mix below and read on for the interview!

Hi Morelia, thanks for taking the time to sit down with us today! This weekend, you’ll be taking the stage at HARD Summer and turning the heat up in this already hot SoCal summer. What can attendees expect from your set?

Well, I don’t want to spoil too much, but… I’ve got a ton of new music from myself and some of my close musician homies, and we’re taking the vibe everywhere with this set. Some booty-shakin’ house, some breaks, and a lil’ sum’ sum’ that I’m going to keep a secret!

This year has been a massive one on the performance front for you with sets at iconic festivals like EDC Las Vegas along with some nightclub sets as well. Do you approach your sets differently based on the venue and size of the room or is it more of what you’re just vibing with?

I definitely take into consideration the size and the vibe-of-crowd I’ll be working with when it comes to preparing for a set. I try to keep the energy rising throughout my sets, and with certain sets, there is a limit to how high I can take the energy due to maybe a main headliner of the night going on after me or a strict genre’d club night, so all of those are things I have to consider when going into a set prep, while also keeping the integrity of my personal style still involved.

You’ve been dominating on the release front lately as well with tracks like “Wide Awake,” “Sexy Talk,” and “Dafuq” that have been keeping us dancing all summer long. Where do you find the infectious vocal samples for these tracks, is there a sort of “a-ha” moment when you get the right one?

“Wide Awake” and “Dafuq” are actually both in-studio recordings! The “Dafuq” sample, I recorded on my iPod Touch when I was 17, and actually made a Bass House track out of it that I never did anything with. Fast forward to when I was making “Dafuq” this year, I was looking for any vocal sample I had that wasn’t from a sample pack, and I happened to stumble upon that sample! Every vocal comes from somewhere different, and it’s usually more of a “how can I make this work?” rather than “it’s perfect!”

A little birdie told us you have a fresh release dubbed “Caffeine” that’s due out soon and we’re keeping our ears peeled for it. What details can you spill on it ahead of its release?

This one is a super high-energy techy track. I’m really really excited about its debut! I had been sitting on the beat for about a month, and after playing it out b2b with VNSSA, I felt it lacking a main sauce, and she mentioned a vocal sample might work. Voila! Found a clip of a spoken word sample, and chopped it up into a completely nonsensical loop, aka it goes “bu-me-maky-buny-mi-kee” over and over again and I love it. [Laughs]

You’ve released beats on some major labels in the dance music scene right now like Dirtybird, Psycho Disco, Box of Cats, and more. As a rising artist, what has it been like to gain their support for your music?

It’s unbelievable really. I’ve looked up to all of these labels for many years, and it just shows that with dedication and tunnel vision, you can really achieve anything. I’m honored to be able to be part of those families, and even happier to watch my friends around me join these awesome labels too!

Aside from your work in the studio, you’ve also launched your own label as well, Teethy! Can you share a little bit about your goals for the label and is it geared more for your own releases or will you be accepting demos?

With Teethy, I’m slowly building the specific sound that the label is going towards, and soon we will be taking demos once that’s more established! I’ve been getting asked a lot about demos and I can’t wait to hear what people are cooking once we do open those gates! 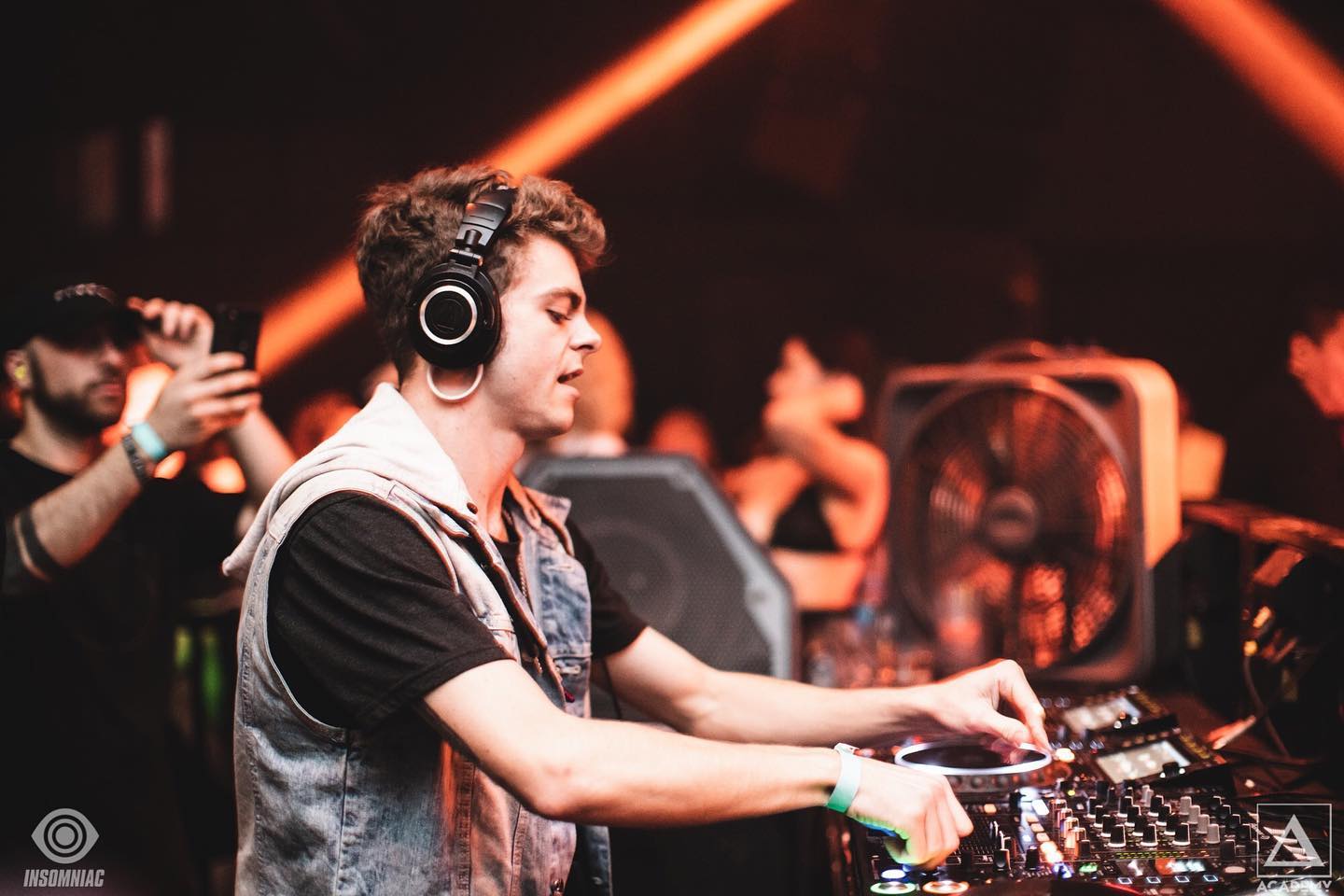 Beyond your music as Morelia you also have an alter ego, Mannequin. What was your initial draw to producing more experimental beats and do you still plan to split time between the two projects?

In fact, I’ve got a Juke/Jungle/Footwork label coming out in early August with some new Mannequin music on it, so keep your eyes peeled for new Mannequin stuff too, as well as a new collab alias with my buddy Boondok, called BroDawg Mandude!

Although you’re from Dallas you’ve also lived in a variety of other cities in the US as well. How do you feel this has affected your sound as an artist, and where has been your favorite place to live over the years?

I think living in so many cities throughout this musical journey has given me a lot of diversity. I wasn’t ever really stuck to one type of sound but just the change of scenery brought out so many different vibes in the music I was making in that moment. I think my favorite place of living has to be Denver, so far. The air there is so fresh, the nature is amazing, and I really feel a tight-knit culture throughout the city. Love that place.

Its late night in LA and you just got done playing a show. What are you grabbing to eat post-set?

Psh, the first Taco Truck I see, I’m there. [Laughs]

Now that half of the year is over, what goals do you have for the rest of the year moving forward?

Looking to get some more out-of-state gigs and definitely more festivals in the book! I’ve got a bunch of music lined up, and I just can’t wait to get it all out to the world. I’m extremely grateful for how far I’ve made it so far, and the plan is to just keep grinding away!