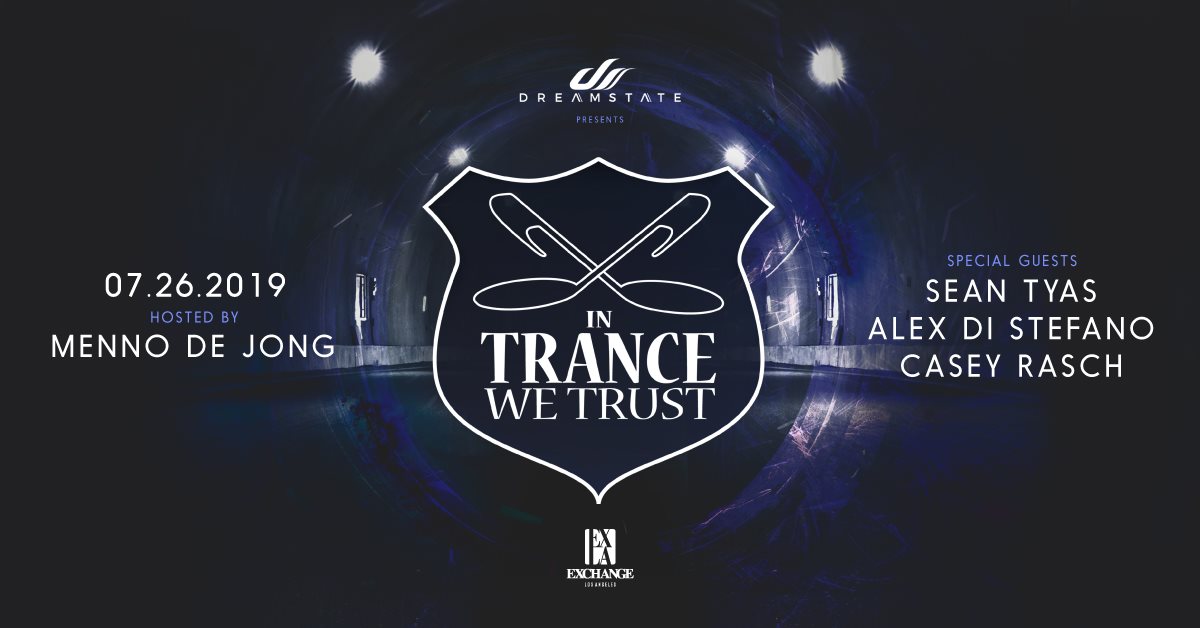 On Friday, July 26, Menno de Jong is set to bring an In Trance We Trust showcase to Exchange LA! Will you be there?

On Friday, July 26, iconic nightclub Exchange LA is set to play host to some of the top trance artists in the scene and meet the desires of SoCal Trance Family members as revered trance artist Menno de Jong brings the In Trance We Trust showcase to Los Angeles! For the night, the head honcho will be joined by a few of his talented friends: Sean Tyas, Alex di Stefano, and Casey Rasch.

It is no wonder that Menno de Jong is one of the most talented trance artists in the modern scene as the Dutch DJ was enamored by music of all types starting from a young age. His passion for music eventually led him to begin DJing as a teenager and the rest was history. He formally burst onto the scene in 2004 and since then he has closely worked with the In Trance We Trust imprint as their A&R manager while also taking the stage at venues all over the world.

Performing alongside the face of In Trance We Trust will be Sean Tyas, Alex di Stefano, and Casey Rasch! Sean Tyas is an American DJ who has risen through the ranks of the trance scene since 2006 and has been making waves along the way. Tyas and fellow headliner Alex di Stefano are also part of VII, a collective of artists set to revolutionize the trance sound. Speaking of di Stefano, he is a master of fusing trance and techno and if you attend any of his sets and you’ll find hard-driving, high energy music! Rounding out the list is Casey Rasch, an LA native keeps fans on their toes as each set is a mix of styles up and down the techno and trance spectrum.

Grab your ticket to the event via Eventbrite or enter our contest below for your chance to win a pair!

Win Tickets to Catch In Trance We Trust at Exchange LA!

Connect with In Trance We Trust on Social Media: