The lineup for Dreamstate Melbourne has been announced. Will you be attending this massive show that will feature System F, Oliver Smith, and more?

What started off as a humble one stage event in San Bernardino has since become a worldwide brand! After making its debut in 2015 in Southern California, Dreamstate has gone on to expand to host shows everywhere including multiple shows in the US, Mexico, Europe, and Canada. Now they have their sights set on returning to Australia with the announcement of Dreamstate Melbourne!

Returning to Australia for the first time since 2017, Dreamstate Melbourne will see powerhouse party-throwers Insomniac team up with Symbiotic to bring some trance vibes to the Melbourne Arena (previously named Hisense Arena). On October 5, trance family members will be treated to a lineup stocked full of talent including Ferry Corsten presents System F, Oliver Smith, Bryan Kearney, KEY4050, Rank 1, and AVAO.

Expectations are running high for the 2019 edition as the previous iteration brought out some jaw-dropping sets and amazing production elements with a stage that was simply stunning from Matt Chromatic. Now that we have seen the full list of artists on the 2019 lineup, we’re hoping Matt returns as the set designer because pairing these top-notch artists with amazing visuals will truly put this event over the edge.

Tickets for Dreamstate Melbourne are available for pre-sale starting Wednesday, July 10 at 1pm AEST, and general sale starts on Thursday, July 11 at 1pm AEST so make sure you get your tickets via their website. 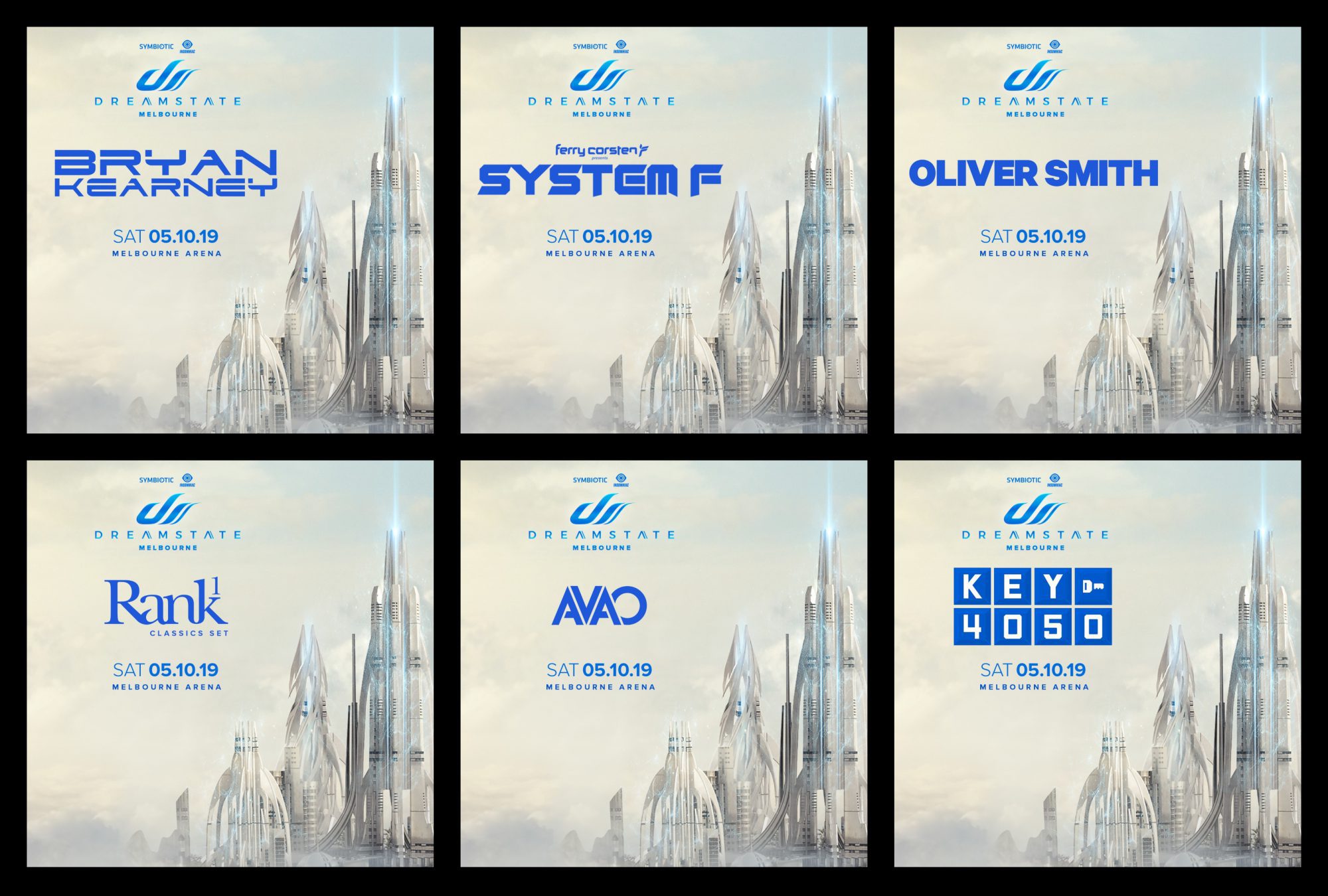