Pasquale Rotella has announced the dates for Nocturnal Wonderland 2019 and has also provided insight on the future of the festival.

The longest running rave in North America, Nocturnal Wonderland, is officially returning for another edition this year. That’s right, today Pasquale Rotella took to his social media channels to give us some insight on the delay in the announcement along with the dates, lineup info, and more juicy details as well.

This year, Nocturnal Wonderland will return to the Glen Helen Amphitheater on September 14-15 for two days of amazing beats, new stages, and some extra special experiences for campers. The news today comes with some sadness though, as it seems that this will be the last year that the festival will be held at the venue.

Related: Want to read all about the Nocturnal Wonderland experience and how the festival went down? Check out our review of last year’s edition to get a taste of what’s in store!

In his post on Instagram, Pasquale explains that new sound ordinance was put on Glen Helen Amphitheater this year which effectively cuts off the music at midnight. While they initially searched for a new venue the Insomniac team ended up deciding to keep it there for one last send-off.

For the upcoming edition in September, Nocturnal will now open two hours earlier than before so you won’t miss a beat, while also featuring new stages, art installations, and the Parliament Art Car churning out some tunes. Campers will be treated to an expanded experience that is set to bring two different silent discos and plenty of surprises in store.

Will you be saying bon voyage to Glen Helen with Pasquale and the Insomniac crew? The lineup will be dropping June 12 at 12pm PT on his feed so make sure you stay tuned. Tickets will be available on June 13 at 9am PT via the Nocturnal Wonderland website!

(If you can’t read it because you have an adblocker on, here’s the link.) 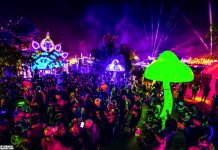 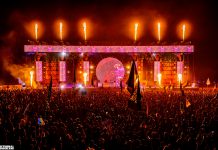 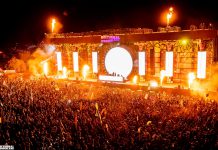