Sunday is always bittersweet, but Insomniac ended things in the best way possible at EDC Las Vegas this year!

After some attendees’ Saturday nights came to an abrupt end due to the wind, it seemed as though everyone collectively was ready to make Sunday of EDC Las Vegas count. The energy in the air was electric as we made our way into the speedway for the last time this year and wasted no time making our way over to neonGARDEN to catch Layton Giordani b2b Bart Skils. The set was so good, we had a hard time leaving but after the first epic hour, we managed to tear ourselves away to catch the end of CamelPhat at cosmicMEADOW.

Up next was Chris Lake‘s second set of the weekend, which attracted an absolutely massive crowd. Even from our vantage point at the back, the set instantly put us in groove-mode and had us dancing from the start to the very last track. Boombox Cartel was the next artist to take the cosmicMEADOW stage and kept the vibe going until we left to head over to circuitGROUNDS to catch Zeds Dead.

The rest of our night was a bass lover’s dream, with Zeds Dead starting things off in an explosive way only to be followed by Adventure Club at bassPOD and then RL Grime‘s redemption set immediately following, neither of which disappointed. But honestly, do they ever?

In between, we managed to catch the fireworks and had a breathtaking view of the show.

If people were disappointed that the wind didn’t allow for fireworks on Saturday night, then Insomniac certainly made up for it Sunday. The show was a stunning symphony of rainbow explosions that seemed to go on forever. Between the epic sets and fireworks show, EDC certainly ended things with a bang! Stay tuned for our full reviews of the weekend as we continue to relive this unforgettable weekend.

Related: Did you miss out on EDC Las Vegas 2019? Check out the livesets now!

Which set was your favorite from EDC Las Vegas this year? Let us know who you caught in the comments below! 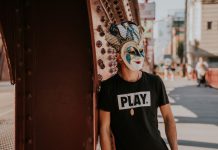 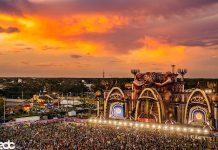