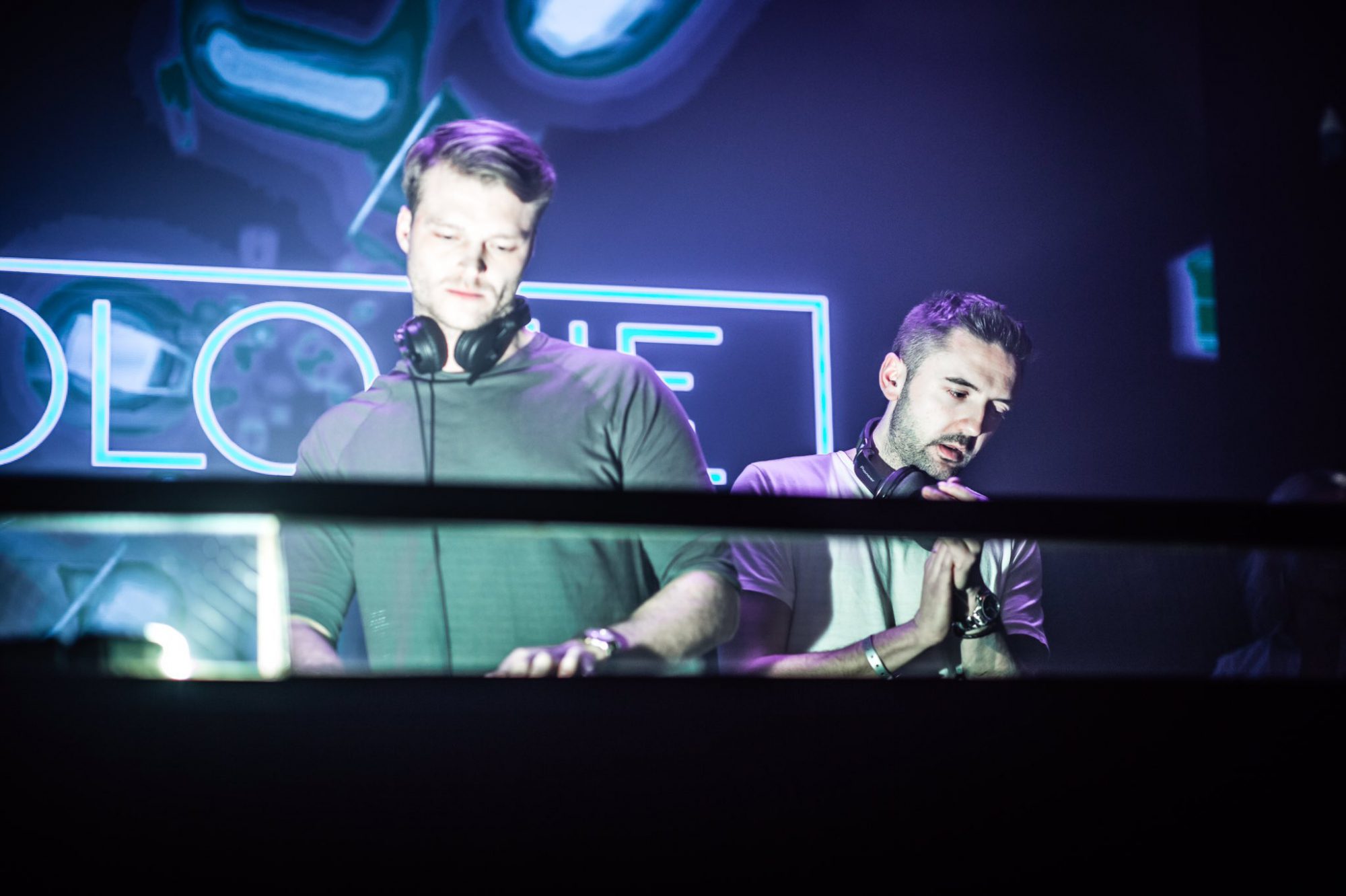 Fresh off of their ASOT 900 performance we caught up with KOLONIE to learn a little bit more about the progressive trance duo that has stolen our hearts!

You may have already become privy to KOLONIE and their magnificent talent as original tracks like “Celestial Highway”, Olympus”, and “Torn Vision” have solidified them as a Class A act in the realm of progressive trance. Recently, their track “Moments” was featured on ZeroThree Music‘s Unified Vol. 10, and they are gearing up to release one hell of an emotional soundscape with “Bridging The Gap”, which is set for release on Friday, March 15.

So what is it about this London duo that has us begging for more? Well, the proof is in the pudding. If you are a dance music fan that craves beautiful melodies that are spiced up with infectious percussive accents and meticulously placed vocal samples for that extra touch of flavor then KOLONIE is the answer! These guys always keep it classy with beats that aim towards the future metamorphosis of sound. It’s no wonder that the support has flooded in from the big dogs including Armin van Buuren, Cosmic Gate, and Above & Beyond, just to name a few!

So, as the guys gear up for Government at Invisible Wind Factory in Liverpool, Kane Harris (one half of KOLONIE) lent me his time to give us the inside scoop about their history, production journey, and so much more. Read on for the full interview and enjoy a very special guest mix from this dynamic duo!

First and foremost, congrats on landing a spot on the ASOT 900 lineup! We are dying to know how everything went for you guys? What was your favorite part of the whole experience?

Thank you, and to be completely honest it was a kind of surreal experience. To be added to a line up with so many incredibly talented DJs and Producers was amazing, some of which we have been following all our lives as well. I suppose the most favorite part of the night was being able to play all our own music and some new exclusives and see the reaction they got. Reality kicked in as soon as we heard that official ASOT introduction and they said our name.

Now let’s rewind time and talk KOLONIE history! How did you guys meet and what made you decide to build your career as a duo?

We actually met at college via a mutual friend and started promoting nights at various different clubs in London, mostly MOS and Egg. We then started working together more closely and started Long & Harris and released “Nu Disco” under that name.

I grew up listening to Trance, it was my first introduction to dance music and Shane loved Garage. We decided to form a duo under Long & Harris then rebranded as KOLONIE a few years back. Being part of a duo certainly helps to provide that you’re both on the same page musically. Obviously we argue and disagree about things but generally 90% of the time we are on the same page… I suppose two heads are better than one. 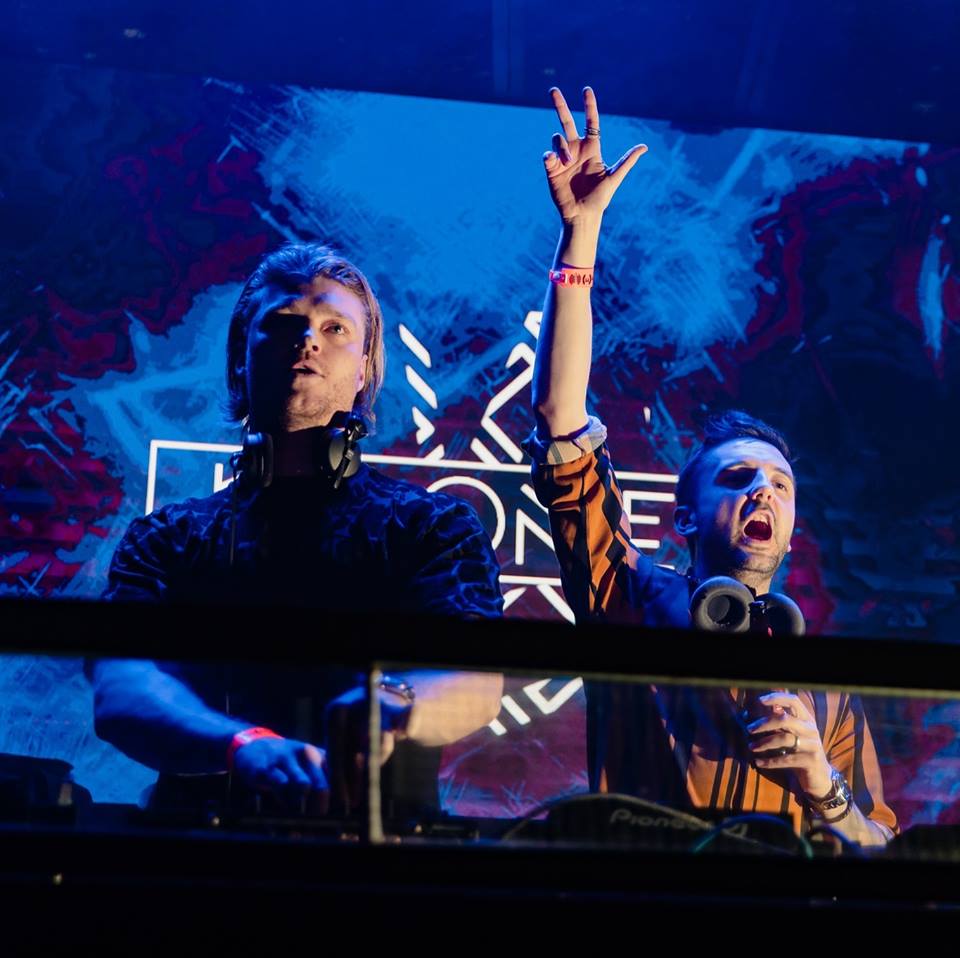 You guys are fast becoming an indispensable part of the progressive music industry, but as we know, there are many out there with the same aspirations. So, what does KOLONIE bring to the table that you feel sets you apart from others who are also trying to make a name for themselves?

Very good question, there is so much talent out there and amazing music. For us, the plan was to always create a sound that’s identifiable with us. It’s taken quite some time but I think each KOLONIE track has certain elements. We always use vocal chops, plucky arp, pitched bend synths and big baselines, and our drums are surprisingly quite stripped back. For us, the plan is to release regularly on a select few labels that really believe in our music and support us and are happy to work with us.

Jamie from Zerothree has always been there from day one and is a good friend. He took a chance with KOLONIE and signed our first release “December” and for that, we are very grateful. Our name also took a while to come up with, probably about six months. We both know that the music is not enough alone these days so having a concept and being able to tell a story will hopefully help us along the way.

As a production duo, how do you designate tasks when creating new music? What are some of your individual strengths?

We both tend to start from scratch in the studio together. One of us may put together a loop and then we use that as a starting point and whilst I’d say Shane is more technical I do have an ear for things and this defo helps out. We don’t really designate tasks as such. We usually start with a chord progression which takes a while as neither of us can play an instrument, the good old Logic brush tool works wonders! From that we put the drums together, vocal chops and start to lay out a 16 bar loop – we don’t always follow this order though.

Do you ever have artistic differences in opinion? And when your disagreements arise, how do you work through it to come up with a solution that works best for the both of you?

Yes all the time, but the objective is to make the best possible track – so with that in mind sometimes we will move onto something else and then come back to whatever it is we’re disagreeing about so that we keep moving forward.

I want to talk about your track “One Last Try“. Can you give us the back story on that track as I am really drawn to the story told through the lyrics of Konnie?

Konnie is actually my good friend’s girlfriend, I think she studied poetry at uni so she knows how to write. We were talking at a party one evening and I was like would you be up for singing on a track? She had lyrics that were written down, which we recorded/ time stretched and thought were pretty good, so we decided to make a track.

The processing on the vocal really works. I think we even sampled the weather for the breakdown, if you listen closely you can hear it raining – I kind of got the idea of using real, outside sounds from listening to Chicane’s music. He has waves and all sorts in his tracks. If it’s good enough for Chicane it’s certainly good enough for us. [Laughs]

One of my favorite KOLONIE tracks just has to be your collaboration with Rolo Green on “Deeper”. What was the experience like working with him?

This came off the back of us sending Rolo a promo. We sent him our bootleg of The 1975- “Somebody Else” which he liked, we then got talking. He came to see us play at MOS last year and then we decided to do a collab. Shane and I started “Deeper” and hit a brick wall, so we sent Rolo a loop which he liked, then sent him the stems and he arranged and finished the track. Really happy with how it turned out. Above & Beyond played it three weeks in a row on ABGT which we both couldn’t believe, to be honest!

For the aspiring artists out there, can you share the biggest piece of advice you’ve learned over the years?

Touching upon our previous alias, Long & Harris – I mean we joke about it now, it could have been a painting and decorating company, or plumbing firm haha. Nowadays I think you first need a sound that does the business on the dance floor. Our Long & Harris music was nice to listen to in the car but realistically, DJs aren’t gonna play the tracks in clubs, so first you need to make club music that will go off.

Secondly, I think your name/imagine and branding needs to be tight… By all means, we are no experts in this area. In a way were only getting started and learning every day – but we do both believe in the KOLONIE name and sound that we are now building on.

So to summarise, the music needs to be right, then create an image and try to tell a story. I hope that makes sense.

You have been frequent players at the Ministry Of Sound. For those of us who live in the states, can you give us the inside scoop on what makes a night at the iconic Ministry of Sound such a unique experience?

We’ve had a good relationship with The Gallery club who have hosted every Friday at the Ministry of Sound for years. The sound system is unreal and its great platform for us to share our music. We are very grateful to be working with the Gallery – not only do they book some amazing DJ’s but their brand is definitely one of the most iconic and credible in the UK.

What are some of the goals that you both hope to achieve in 2019?

We wanna keep making originals, developing our brand and we’re excited to see where things go.

Finally, what are some of your interests outside of the dance music realm that your fans may not know about you?

From a young age, I did Boxing but gave it up when I was 18. I’ve just started training again, so to keep fit. Shane’s a busy boy being a husband and dad to his son. We’re both big football fans. I’m West Ham and Shane’s Manchester United so we like to follow football as well.

Connect with KOLONIE on Social Media: