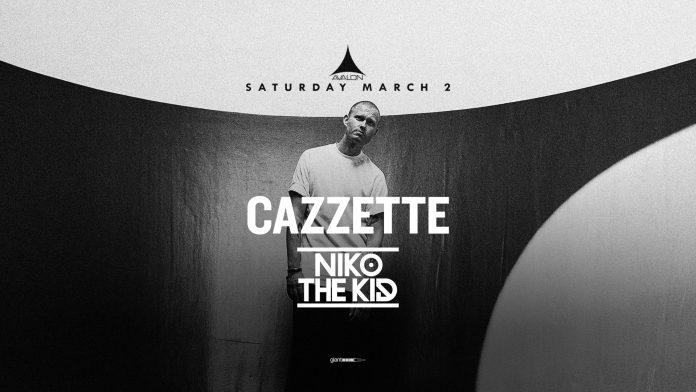 Spend your Saturday night with CAZZETTE and Niko The Kid at Avalon Hollywood on March 2!

Need some plans this weekend? We’ve got you covered. Hypnotic house icon CAZZETTE and funkmaster Niko The Kid are taking over Avalon Hollywood this Saturday, March 2 to bring you a night of exciting beats and music that you’re not going to want to miss out on.

Headlining the night is house artist CAZZETTE, known for bringing those deep, future house sound that’s earned an impressive and loyal following that dances deep into the night. Stand-out tracks include catchy banger “Missing You” and of course, the classic track “Beam Me Up”, a song that never fails to get the crowd moving even seven years after its release.

Also joining the party is HELDEEP Records’ own Niko The Kid, loved for his groovy tracks that have been compared to late 90s house. Some fan-favorites include “Sky Walker” with Travis Scott and Miguel and, most recently, his fabulously funky remix of Kelly Clarkson’s “Heat”.

Attendees can also look forward to more acts courtesy of the Pioneer Stage hosted by Deep At Night. Desert Hearts’ Morpei is set to throw down, joined by Nesto G, Arcane, Ximeno, and a special performance by VanderHart B2B Electric Field. So, whether you’re a CAZZETTE and Niko The Kid fan, love house music, or just need weekend plans, you won’t want to miss this show!

Enter to win tickets to catch CAZZETTE and Niko The Kid at Avalon!

CAZZETTE and Niko the Kid at Avalon Hollywood – Event Information: 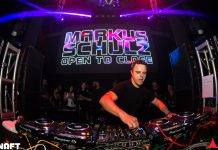 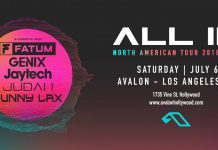