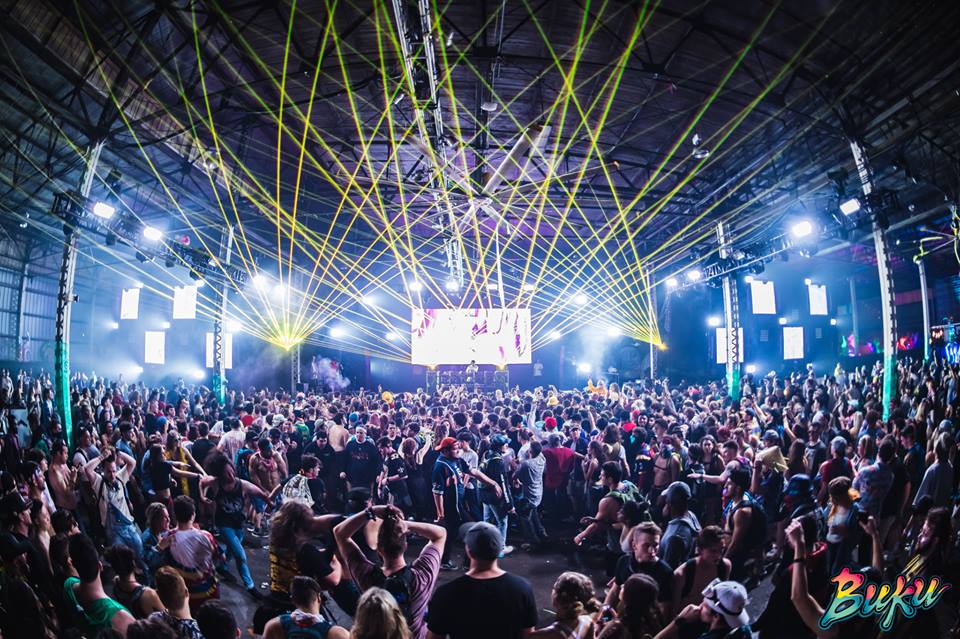 As if a stacked lineup wasn’t enough, The BUKU Project 2019 pulls out all the stops with two curated afterparties spearheaded by GUD VIBRATIONS and WAKAAN!

With each announcement, The BUKU Project 2019 is securing itself as one of the most highly-anticipated festivals of the year. If you’re heading to New Orleans for the two-day fest, you’ll be kicking off spring festival season right with headlining sets from Lana Del Rey, Excision, Dog Blood, and so many more. Now, BUKU has announced two late shows which are sure to keep the party going and the vibes high.

Night 1 will feature a GUD VIBRATIONS takeover. Featuring the legendary collaboration of NGHTMRE and SLANDER, the night will also include sets from Wavedash and Klutch, as well as a spicy b2b with EKALI and Medasin. Catch plenty of feel-good tunes with a splash of dubstep from this late show before gearing up for Day 2.

If you don’t want the party to stop after Day 2, keep the wubs coming with the WAKAAN curated late show. The experimental bass label will be hosting the best of the best as well as some up-and-coming acts in the scene, including an EAZYBAKED b2b sfam set and sets from Esseks, G-REX, Shlump, and LSDream. The highlight of the night will be the Liquid Stranger and LUZCID b2b, which will be sure to feature some of the deepest and darkest wubs imaginable.

Both 18+ late shows will take place at Joy Theater in New Orleans. Doors will open each night at 12am, so be sure to get there as fast as you can to secure a spot. Tickets will go on sale February 1 and will have general admission and VIP options. Both nights start out at $30 (fees not included), and both are guaranteed to sell out. Grabs yours for both or either night on TheBukuProject.com and make this a weekend you’ll never forget! 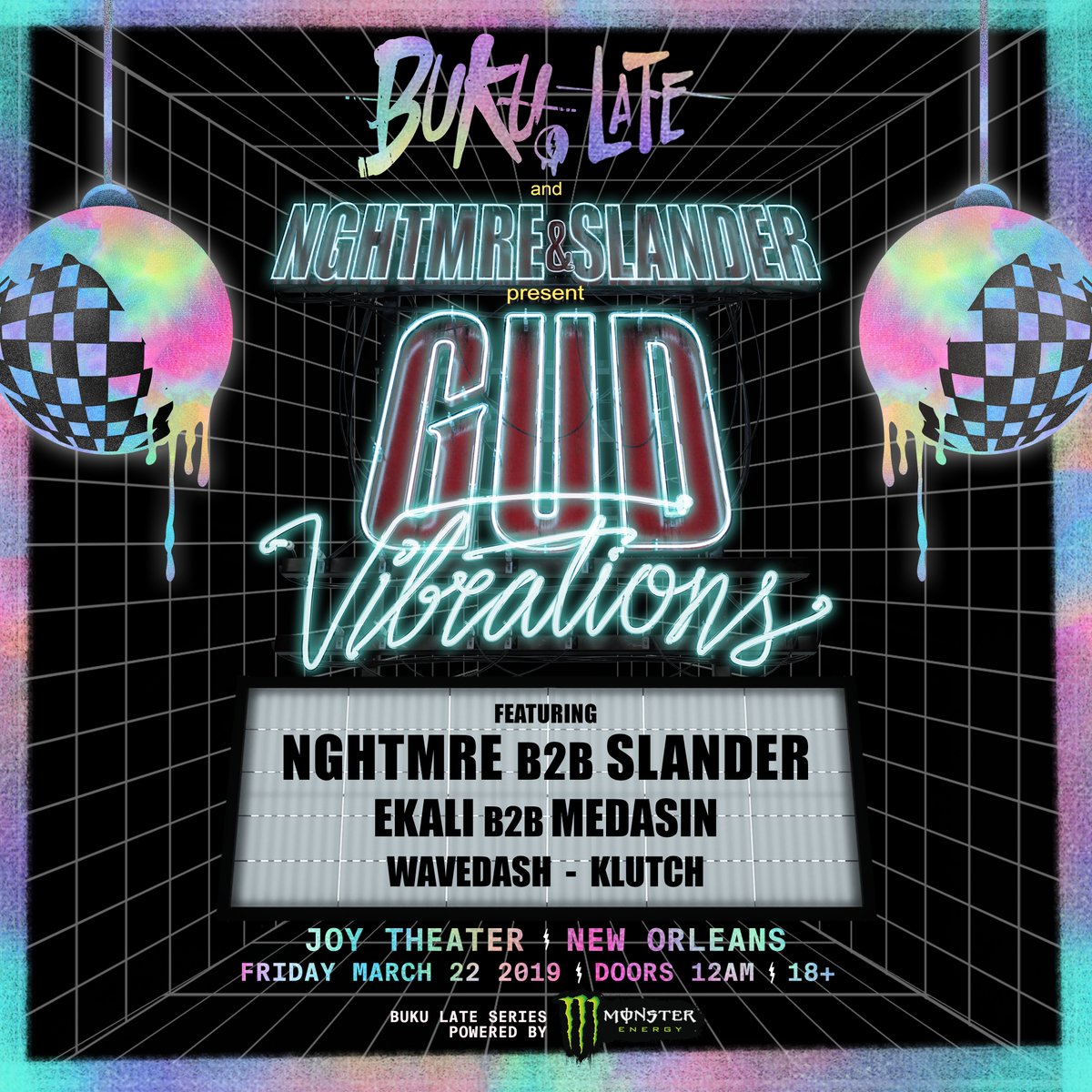 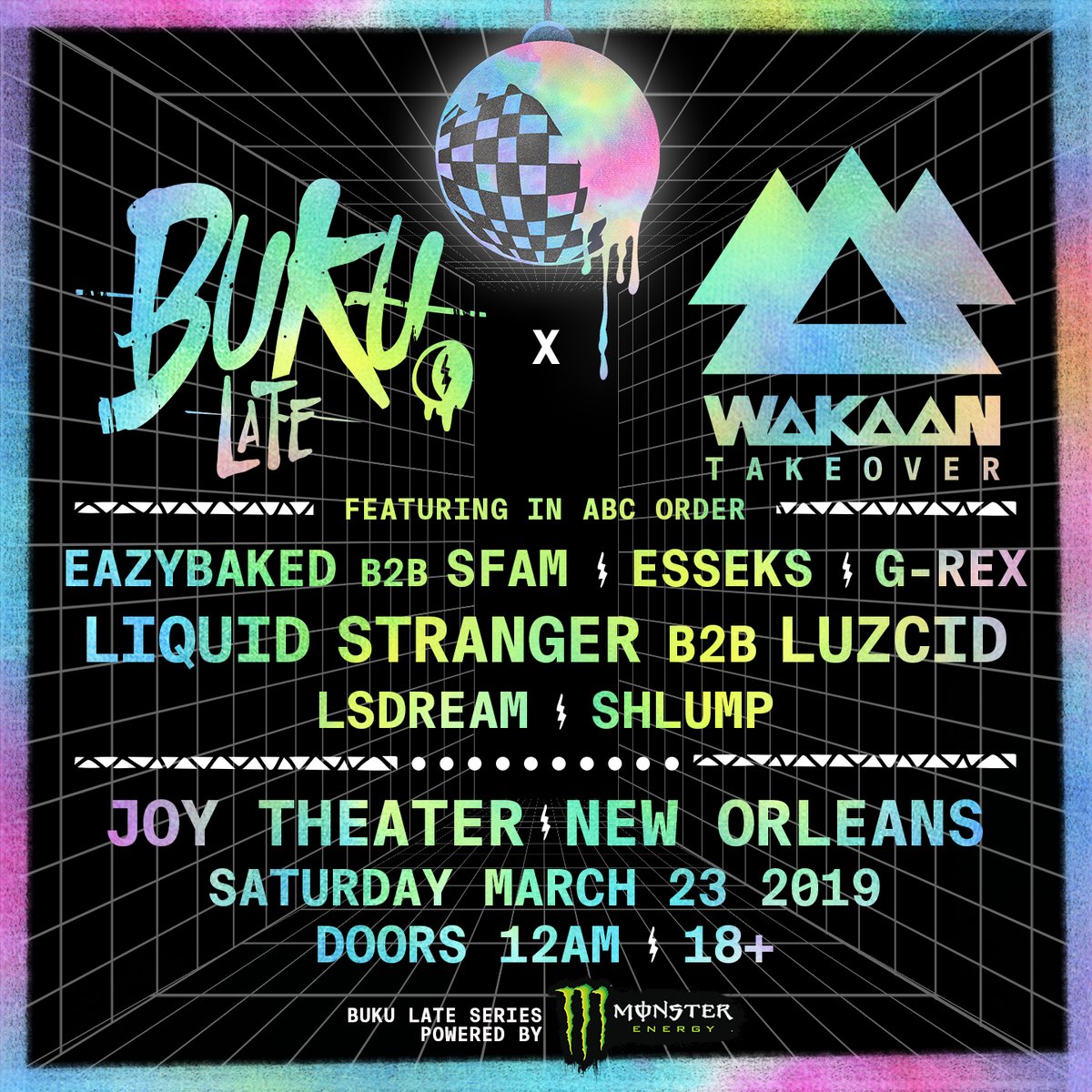