Hosted on the weekend of May 25-27 and returning to Hart Plaza, the buzz surrounding this year’s edition of Movement Detroit continues to grow. Releasing the daily lineups over the course of the week, we now know who will be taking the stage in one of the most renowned dance music events this year!

Related: Check out Tim’s take on how he got down to some house and techno beats at Movement Detroit last year for a taste of what’s in store!

Kicking things off on Saturday will be heavy hitters in the scene like Disclosure, Amelie Lens, Maya Jane Coles, and Loco Dice will be playing the festival on Saturday. Some live performances will also be featured from Orbital and Kenny Larkin, and special projects that include LSD (Luke Slater, Steve Bicknell, Function) along with Wajatta (John Tejada x Reggie Watts).

Sunday will feature some major names like Richie Hawtin, Patrick Topping, and Chris Liebing, who will all be bringing some serious tunes to the table. Sets from artists like ANNA and Charlotte de Witte will be sending crowds to the moon, with others like FISHER providing some party vibes as well. The inclusion of Danny Brown and Gucci Mane bring some hip-hop to the stage in Detroit, but we’ve really got our eyes on the prize that is the b3b set between Dubfire, Nicole Moudaber, and Paco Osuna that will really leave a lasting impression.

Closing things out on Monday will be artists such as Get Real (Green Velvet & Claude VonStroke), Chris Lake, MK, and Tale of Us, who have all been dominating the scene as of late with their sick beats. Also adding to the fun are artists such as DJ Tennis, Hot Since 82, Golf Clap, and Audion, all of whom will be bringing some heat to the decks. Providing a bit of flair to Monday’s lineup is none other than GRiZ, and after announcing his upcoming album we’re sure that his set is going to be one you won’t want to miss!

Check out the full list of artists playing below and grab your tickets now via SeeTickets to lock in your experience in May! 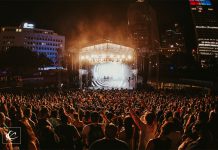 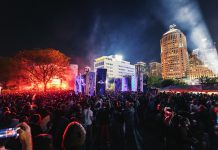 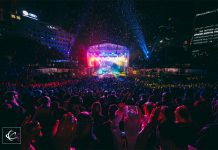 Movement At Home Livestream Schedule and Info [Watch Inside]