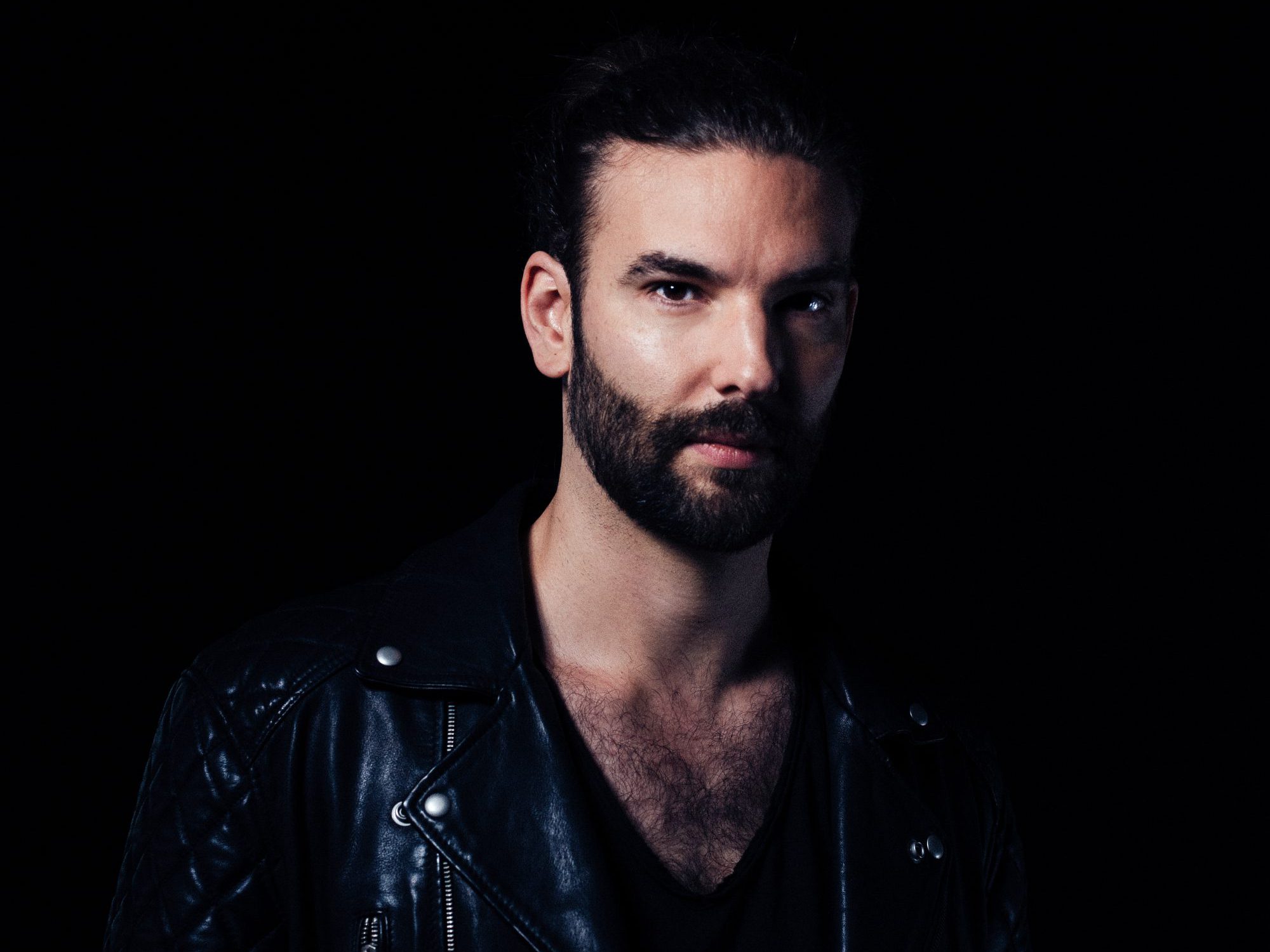 After his second album, Eelke Kleijn didn’t think he’d make a third. With the industry landscape shifting further away from albums and more toward the instant gratification, singles-driven culture of modern-day musical consumption, it just wasn’t the focus. But then in 2015, the Netherlands-born artist took some time to refactor his sound, and from 2016-2017, with the introduction of guitar and bass into his musical repertoire, magic happened: Moments Of Clarity, his third studio album, was born.

The result is remarkable: 12 tracks of obsessively detail-oriented electronic music that are, for the most part, as at home on the dancefloor as they are in your headphones. Ranging between stratospheric sonic atmospheres and gritty, synth-forward club weapons, the tunes on Moments Of Clarity feel like the score to some gripping drama on the silver screen as much as they do an electronic album–and that’s by no means a bad thing. Within each individual track is a perfect microcosm of mood or feeling, taking the listener on the ride of a lifetime from start to finish.

“‘Moments Of Clarity’ is about those rare moments where everything seems to come together and fall into place; you find them in all aspects of life, not just in music. They don’t come along often, but when they do I always treasure them. Every track on the album finds its origin in one of those moments.”  – Eelke Kleijn

Without further ado, stream Eelke Kleijn’s atmospheric triumph, Moments Of Clarity, and read on for our take on the album below.

Stream or purchase Moments Of Clarity via your favorite platform.

Moments Of Clarity capitalizes on Eelke Kleijn’s dual prowess as an electronic music producer and a composer, blending cinematic dreamscapes together with the kinetic energy of house music.

Although the atmospheric nature of the album is probably the first thing that will strike you when you listen to it, don’t be fooled–it’s still thoroughly dance music-centric, with Kleijn stating that he’s playing 75% of the tracks on the album in his sets. The album itself comes from a time when he started playing with some different instruments–guitar, bass, and a modular synth that he picked up in 2016–and the influences are clear in the listening, as are his inspiration to convey emotion through vocals that don’t rely on words alone.

The tracks on the album fall into groups of sorts, with similar themes playing out and repeating throughout the twelve tracks.

One of the most obvious examples of this is with the sort-of two-part “Maschine 1.0” and its sister track, “Maschine 2.0,” both of which key off of a similar synth melody to create spectacularly different effects that are nonetheless tied together in both melodic structure and name. The first, “Maschine 1.0,” leads off the album with sweeping strings, an understated groove, and a soaring, eerie synth solo that catches your attention with how unusual it is. “Maschine 2.0,” by contrast, is arguably the hardest track of the album. It takes those sweeping strings and gives them a dark, hardened edge, interlacing them with gritty synth rhythms and intense percussion that make a serious impact.

“Lost Souls,” featuring the gentle, shadowy vocals of Ost, is the only track on the entire album that contains actual lyrics.

The meditative tone of Ost’s voice pairs beautifully alongside soft piano chords, offset by a rumbling bassline and an understated groove. Being the only track with a true vocal line renders “Lost Souls” a bit different from the rest, and the dramatic chord progression marks it as the first big tune of Moments Of Clarity. In an interview with When We Dip, Kleijn had this to say about “Lost Souls”:

“‘Lost Souls’ is a track that I started with early on in the album process. I had the basic chords and piano down and sent it to Ost. I’d been really impressed with the track ‘Lust for Wrong’ by Vinny Villbass on which Ost did the vocals as well. After exchanging some ideas back and forth, we were really happy, but it did take me quite a while to finish the track. I even changed the bit after the breakdown completely a few times. It’s always been an important track for this album I think, it was one of the first I started on and it feels like it’s a big part of the album.”

From there, we move into “1,000 Lights,” a track that Kleijn composed for a special drone art piece at Burning Man in 2018.

From the very first chords, it’s clear that “1,000 Lights” is something otherworldly, and it’s absolutely meant to be. Originally created as part of a 670-drone art piece dedicated to the memory of Burning Man festival founder Larry Harvey, it evokes a wide range of emotions. From the eerie opening chords to the tribal drums to the pictorial quality of the strings, it has a borderline religious quality to it, reminiscent of the send-off in a Viking funeral.

“The Calling” and “Drive” push up the tempo with a brace of dancefloor-ready tracks.

“The Calling” is an uplifting, atmospheric stunner, blending sun-dappled soundscapes with open, golden chords for a couple of minutes of resplendent euphoria that will wash all your cares away. “Drive,” on the other hand, gives us a fashion-forward take on Italo disco–a subtle nod to the best of the 80’s without getting totally lost in the tribute. Its driving bassline and retro, arpeggiated synth line make for the first true hands-in-the-air moment on the album.

It is in its moments of respite that Moments of Clarity is truly at its best, and never is that more apparent than when Kleijn paints the sky with the mesmerizing “Glass Waves.”

That’s not to say that some of the more dancefloor-oriented tracks aren’t great in their own right, because there are a number of them that are. But it’s Eelke Kleijn’s obvious prowess in the world of creating sweeping, filmic soundscapes that stands out as the element that sets him apart from normal producers.

If there is one most perfect example of this, it’s in the spellbinding undulations of “Glass Waves,” the album’s impeccably crafted interlude. It positively overflows with blink-and-you’ll-miss-them elements orchestrated down to the most minute detail, and somehow, at just over three minutes, it manages to feel like you’ve traveled an entire lifetime in the sound.

The same is true for the final track, “René,” which shimmers and shines on the edge of consciousness for three minutes of airy, beatless electronica that captivates the imagination. It’s in these moments that Kleijn shows his affinity for infusing his art with raw, visceral emotion–even without speaking out loud.

The second half of the album mostly features upbeat, dancefloor-oriented tracks of various tempos and moods.

Taking a step back in time once again, “Punta Cana” delivers a darker take on that vaguely 80’s sound. Driving, rhythmic, and reverberating in every corner with the sound of wildly arpeggiated synths, it’s probably my favorite of the dancefloor-ready tracks on the album.

Meanwhile, “De Orde Van De Nacht (Part 2)” gives us a whole new twist on Kleijn’s beautiful 2017 original, amping up the tempo and taking it into nighttime with resonant chords and more of those insanely cerebral synths. “Mojo’s Tale” gives us bouncy synths and a swing groove, and although it presents a nice break in the tempo of the album, it’s probably one of the few tracks just that doesn’t do that much for me.

The title track, “Moments Of Clarity,” fuses house music elements with that perfect cinematic sound for something that borders on infinity.

For whatever reason, it seems like the title tracks of albums aren’t always all that impressive, but that is absolutely not the case with “Moments Of Clarity.” Hearkening back to that moment when everything comes together in a moment of perfect sharpness and lucidity, this is again arguably one of the best of the entire album–beautiful, atmospheric, and breathtakingly complex with depths and textures expressed through an astonishing number of elements.

If the industry is killing the album, then perhaps it’s time we evaluate what we’re losing along with it, because these kinds of fireworks can’t happen in minutes alone.

Brilliant, obsessively produced, and impossibly complex, Moments Of Clarity is a perfect example of why the album is an essential element of truly great electronic music. It’s a seminal record, one that betrays Kleijn’s peerless grasp of blending soundtrack with dance, and one that is fundamentally separated from the very structure and form of the electronic music industry’s obsession with four-minute bangers, saccharine pop anthems, and overly simplistic earworms. In short, it’s actually art.

From start to finish, Moments Of Clarity is more than twelve tracks on an album. Eelke Kleijn transports the listener to a whole new world via sound, expressing an incredible depth of emotion without uttering more than a few words. And isn’t that, in the end, what music is all about? 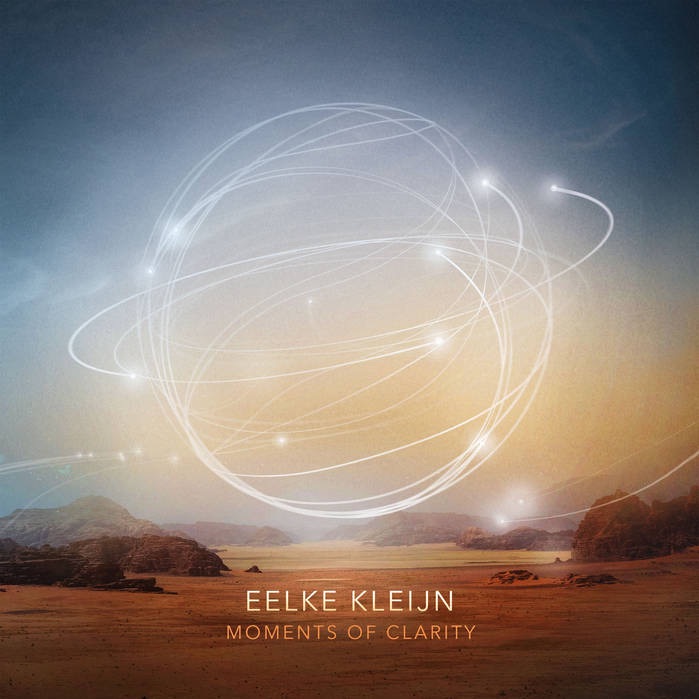