The Landing Volume 093 || Fresh Tunes From This Week! 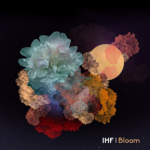 Dreamtempo master IHF (Imagined Herbal Flows) shines on his latest single “Bloom”. Having recently wrapped up the Evasion Tour providing direct support for CloZee, IHF returns with a gorgeous new tune taking listeners on a journey through a blooming, floral dream-scape. Masterfully produced synths team up with an enlightening, yet chilled out house beat that is the perfect exploration of IHF’s new style.

This latest release for IHF sets the tone for an incredibly promising winter season and leaves me even more excited for what the future holds for him as a producer. When asked about “Bloom” IHF was quoted saying, “I want listeners to feel uplifted. I’ve been producing more upbeat songs lately, and “Bloom” represents the changes I’ve gone through as a person and as a producer over the past year.” Be sure to catch IHF’s debut headline show at Cervantes Otherside in Denver on December 28th and see “Bloom” live. – Logan 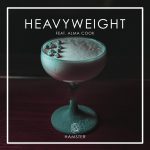 Hamster is quoted as saying, “Heavyweight“ is about the hustle.” An uplifting track about the timeless struggle for success, “Heavyweight” will provide encouragement for many young up and comers as they attempt to navigate their trepidacious ascent to fame and fortune. Please give this a listen or two, it will get you moving in all the right ways! – Bill

Stream “Heavyweight” on Spotify or SoundCloud. 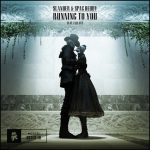 If there is anything that gets me excited about a new track, it is feeling surprised part of the way through when the mood takes a dramatic turn. “Running To You” starts off lyrically beautiful leading you to believe this is a rather downtempo submission for Slander and Spag Heddy. Alternating between Elle’s dulcet vocals is that munchy dub sound that we have come to love from Slander and Spag Heddy influenced drops.

Notably clocking in at 5:00, this track is the tale of two harmonic attitudes that are fused together seamlessly. “Running To You” is a sneaky tune with exceptional aural components, absolute fire. The more I listen to this, the more I love it, please check this track out! – Bill

Stream “Running To You” on Spotify and SoundCloud. 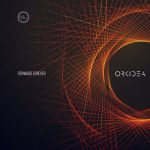 Right out of the gate Orkidea titillates the eardrums with an addicting lyric line that won’t stop replaying through my mind. “Forward forever, backward never”, I sing as I break out into a one-woman dance party. On his brand new single “Forward Forever”, Orkidea truly gets the party pumping at full tilt, something that he has become a master at throughout his illustrious years as one of the most celebrated acts in trance.

For the last twelve months, both Orkidea and Solarstone have delivered this track to the masses at their live sets across the globe. Inspired by Westbam’s similar title release that takes us all the way back to the 90’s, Orkidea breathes fresh futuristic life into the concept, resonating with both young and seasoned party animals alike. Its the type of track that sucks you in with its quirky character and lifts you up with a rhythm simple and powerful in all the right ways. – Maria 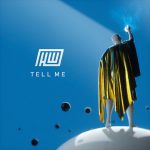 Haywyre wants to know how you feel with “Tell Me”!

After a 2 year hiatus, the piano maestro has finally returned with an insanely groovy new tune. A quick lyric and the track blasts off into a funky collection of kicks, snares, and bass lines before synthy strings are introduced. Haywyre uses a voice box when singing the lyrics and it gives me a Chromeo feel; however, in true Haywyre fashion, his piano artistry and solos are unparalleled. At 2 minutes you get a dose of his ability to shred the piano as he works in a little classical riff before sending the track back into funky town.

It’s only fitting the first single from his forthcoming Panorama: Discover EP is titled “Tell Me”. After taking time to work on new music the past 2 years he wants to know what has been on our minds. The 6-track EP is set to release on November 30 and explores the experiences and feelings of discovery. I am already a huge fan of “Tell Me” so I cannot wait to hear what the rest sound like and catch Haywyre when he goes back on tour. – Zach

Stream “Tell Me” on Spotify or SoundCloud! 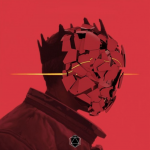 ODESZA’s banging new track “Loyal” gets a Deathpact reprise that brings it over to the dark side.

This one is an absolute must-listen for any ODESZA fans that might double as bassheads. ODESZA finally dropped “Loyal” in September after years playing the track as an unreleased remix of Alex Odair’s “Make Me Feel Better,” and now the track has gotten a captivating evil twist from brand new producer Deathpact.

Deathpact keeps with the true aura “Loyal” but takes everything a few shades darker with deeper horns and ground-shaking bass drop reminiscent the styles of Rezz and 1788-L. Mystery producer Deathpact has definitely proved that he (or she) is here to stay with this stellar take on an already unbelievable track. – Grace 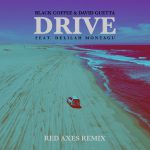 Released on David Guetta’s album 7, his collaboration dubbed “Drive” with Black Coffee is an absolute dancefloor stomper. After the original track saw much success, it’s gotten a fresh take from a handful of artists including rising star Red Axes.

Putting his unique spin on the track, Red Axes’ signature blend of house is accentuated by drums to create an infectious groove that you can’t help but move to. Standing out strong among a collection of remixes that include other artists like Solardo and Tom Staar, if you haven’t started paying attention to Red Axes, this track should definitely mark your starting point. – Grant