Caring For Your Mental Health During a Rave 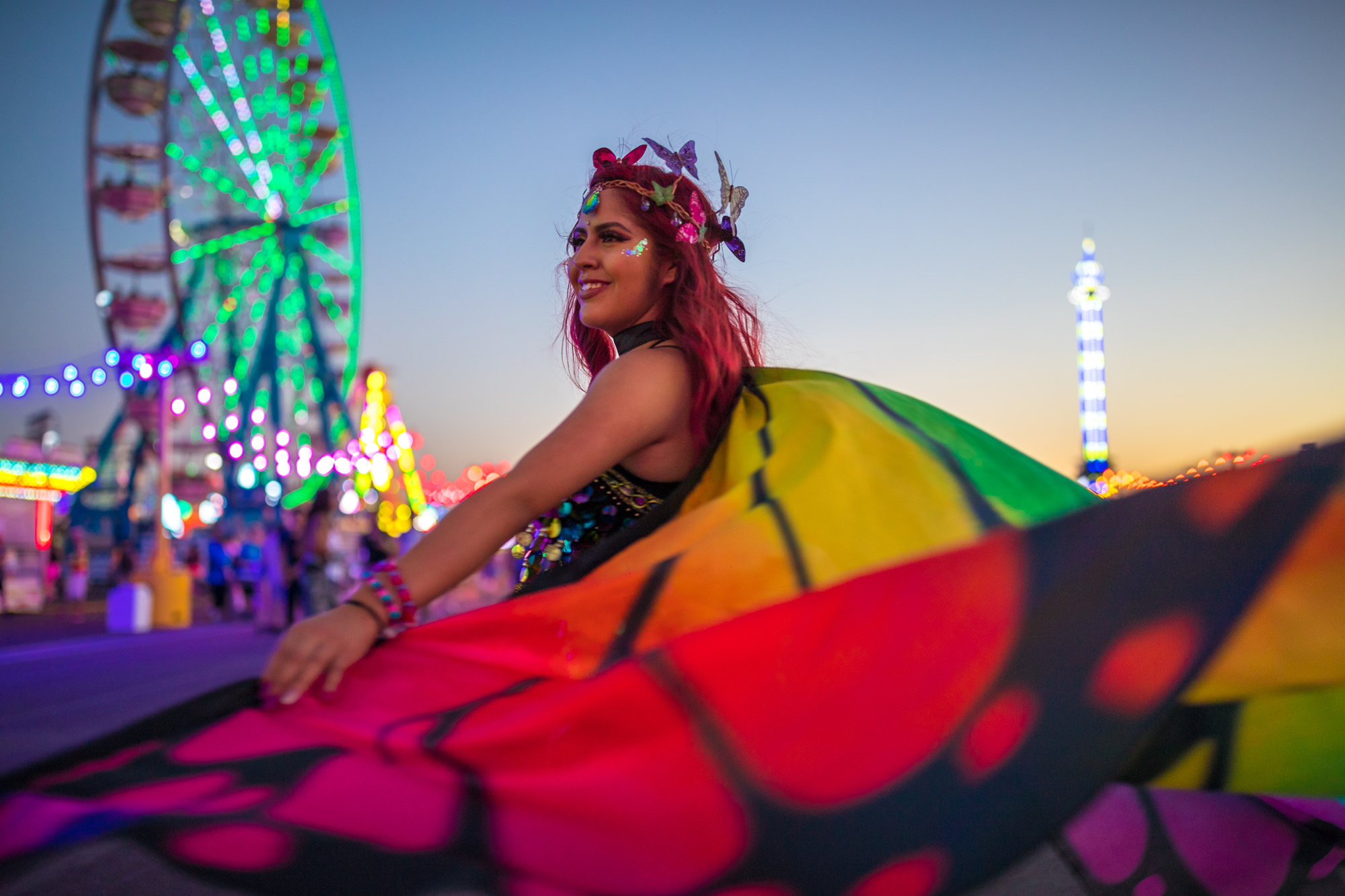 Maintaining your sanity during a rave is the key to having a good time, so check out these tips for a happy and healthy experience!

Whether it’s festival season or not, taking care of your mental health is important. Growing a support network of friends and family, checking in with therapists, and taking your prescribed medications are all vital steps in managing your day-to-day.

But raves are different. They introduce a whole new set of pressures divorced from modern life. Instead of worrying about work, now you’re worrying about what DJs you’ll be seeing, when your friends will meet up, what drugs you’ll be taking, and hundreds of more unknowns. And once you’re inside and the drugs start to hit — they said it was MDMA, but is it really MDMA?— the possibility of disaster grows even greater.

So read on for a few mental health disorders to look out for on the dance floor, along with tips on how to manage them and keep the good times rolling.

Anxiety is a feeling almost everyone has experienced.

Trying to hit a deadline but coming dangerously close to missing it? That feeling is anxiety. It’s the gnawing in your stomach when you’re worried about something, either real or imagined. The mental panic translates to physical pain that is usually in the stomach or chest but can spread anywhere. For most of us, anxiety is a relatively minor occurrence. But at a rave — and especially when intoxicated or altered — anxiety can go from an annoyance to an all-consuming nightmare.

How can this happen? The anxiety in the example above is constrained; it has a finite start and end point. It will continue until you hit the deadline and will end after you’ve turned in the work.

But anxiety at a rave doesn’t tend to have these boundaries and can spiral into dangerous territory.

Imagine you drove in with a ground of friends and have them hold your stuff. While pushing into mainstage center, you get separated. After ten minutes of searching, you still can’t find them, and your mind begins to run in circles. You’re panicking: if you can’t find them, you can’t get home, you can’t access your wallet, you can’t sleep in your hotel, you can’t attend day two… Suddenly, there’s a pain in your chest, and your pulse is pounding, and… wait… are you dying, as well?

In this scenario, you could be intoxicated or sober — anxiety can come all the same. But being intoxicated could make talking yourself down more difficult. Many substances include anxiety as a side-effect. Weed is an infamous anxiety-inducer, despite it having anxiety-reducing properties as well. Alcohol is known to cause panic attacks. 2C-B and MDMA both include threats of anxiety on the come-up. Even something as normal as caffeine can be dangerous.

Along with actively triggering the panic centers of your brain, substances make it harder to tell truth from fiction. Anxiety preys on the gray areas of life, the space where things are just plausible enough to seem real. It makes it all the more difficult to determine if the rattling of your heart is a real-life murmur or just your mind playing tricks on you. 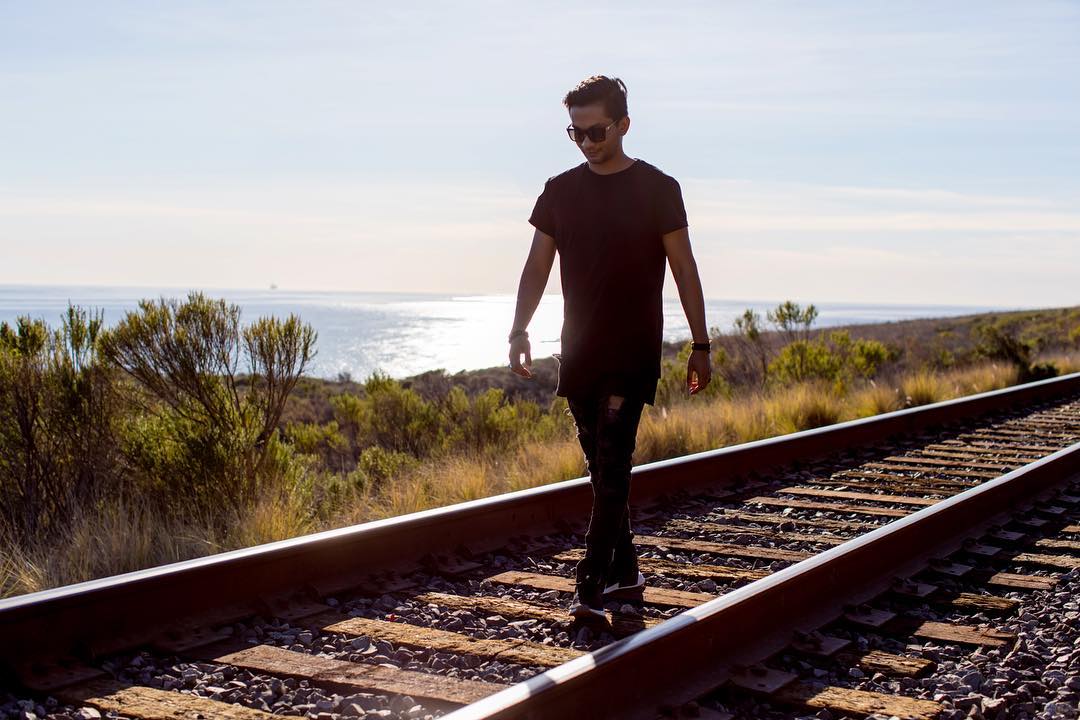 So what can you do to combat it when it comes? I’d recommend two things: take a walk and confront your thoughts.

Walking gets you out of the physical space you’re in and potentially jogs your mind as well. Moving from a heavy crowd out into open air changes the energy around you entirely, and at times this can be all you need to snap yourself out of it. If not, keep walking; anxiety tends to come in waves, and if a spot might be good one minute, there’s no guarantee it will be the next.

When the anxious thoughts come, immediately start countering with facts. I’ll never get home tonight… no, you will get home tonight, just not in the way you planned. I lost all my cash… no, my friends just have my wallet, and I’ll have to be resourceful tonight. My chest feels like it’s caving in and my blood pressure is spiking… of course it is, you’re panicked and hyperventilating. Take some deep breaths, walk around, and think about something else. You’re not going to die tonight.

Dissociation is a lot less well known, but it can be even scarier than anxiety.

While anxiety spirals and spirals until it reaches a panicked peak, dissociation does something more inescapable: it forces you out of your body and never lets you know when you can return.

Dissociation covers a wide range of symptoms, but the most common of them can be split into two subclasses: derealization and depersonalization.

Derealization is when you disconnect from the world. Everything around you, despite being familiar, seems acutely unreal. Although you can’t quite put a finger on it, there’s something off about everything around you: the face of your friend, the paint on the walls, the night sky. Everything feels artificial, constructed, and artifice. The brainpower it takes to process understanding basic things suddenly becomes huge, and trying to do anything that requires thought is like walking through molasses.

While derealization deals with your connection to the world, depersonalization deals with your connection to yourself. You begin to feel like a puppet, your strings pulled by some unseen entity. Your actions are not your own, and you go through life distracted and distanced. Instead of being here, in the moment, you feel like you’re watching everything through a TV screen, with somebody else playing and acting as you.

Dissociation, by itself, isn’t necessarily a bad thing.

Taken in the context of a high, stepping out of your body and exploring your surroundings while euphoria floods your system doesn’t sound like the worst time. But once you’ve come down, some drugs, such as weed, can trigger dormant dissociative disorders that follow you for the rest of your life. And once it’s been triggered, it can strike at any time and for any length of time, from hours to months and years. When you are trapped in an episode with no end in sight, dissociation can feel hopeless.

Side note: Drugs aren’t the only thing that triggers dissociation. Other mental health disorders, such as anxiety, depression, and PTSD, can also set it off. Recent traumatic events are a common culprit.

The first time I experienced depersonalization, it lasted for an entire month. At the time I was convinced that my mind had become trapped in another dimension and was forced to watch my body from a distance, unable to fully control it as it once could (I was 15 at the time, so cut me a little slack).

From that moment forward I felt it again on and off for years, and at Beyond Wonderland 2017 I was fully derealized. I remember dancing in the Dreamstate stage, stone-cold sober, having absolutely no idea what was going on because it was too much effort to process the outside world. It completely zapped any and all of my enjoyment.

The best way to combat a dissociative episode is with a grounding exercise.

Grounding exercises are designed to help you reconnect with yourself and the world around you by focusing intently on an object for a few minutes. Try this: take a piece of Kandi from your arm (or several), go to a lit area, and study it intently for five minutes. Look at every bead and study every fiber; feel it in your fingers and roll it in your hands. Soak in every single detail, every single thing that you would miss on first glance.

By the end of the five minutes, you should know everything there is to know about this piece of Kandi. And if it doesn’t work, try another piece, or try cataloging every single item in the area where you’re sitting. While this won’t always make the dissociation go away entirely, it certainly can help. This exercise will probably be more difficult the more intoxicated you are, but you can still give it a shot.

One last thing I want to leave you with: remember that everyone’s brain chemistry is slightly different.

Just because your friends are having a good time doesn’t mean you will. Everyone you know might have taken acid hundreds of times with no problem, but you could wind up taking it once and react by passing out every five minutes and forgetting your parents’ names (true story). Why? Who knows. It could have to do with your current mood, your current place in life, your diet, or any number of other things. It doesn’t necessarily mean you can never take acid again, it just means you need to redefine your limits.

Instead of taking the same dose as your friends, dial it back by half and see what happens. If it still messes you up, then don’t push it, but if not, experiment and be open to lowering your dosage with other trouble drugs. And, if nothing works, sometimes it’s ok to go sober. I’ve spent the last two editions of Escape in various states of sobriety, hanging out with people rolling and tripping and wasted, and still had a great time. It can be done!

None of us want to have a bad time at a rave, but sometimes that’s out of our control.

Your brain rarely picks the best time to turn against you. Battling anxiety or dissociation in the middle of a crowd of ten thousand people is never ideal. But if you step back, give yourself some space, and try one of the exercises, I know you can beat it. I hope these tips help you in the moment and allow your night to continue smoothly. They’re not meant to solve all your problems — please seek medical help for that — but they should be there for you when you need them the most.